Historic steam train back on track after £500,000 revamp

Classic train was withdrawn from the rails in the 1960s following the 'Beeching cuts'. 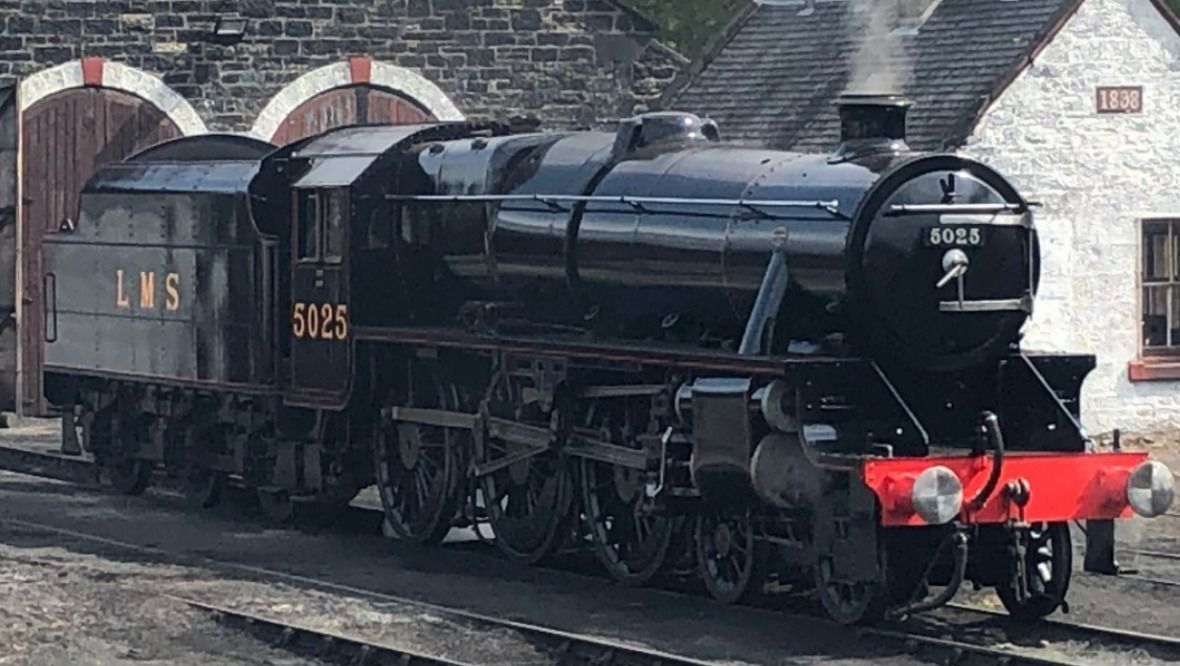 A piece of railway history has been celebrated in the Highlands with the return to the tracks of a fully restored steam locomotive.

5025 – the oldest ‘Black 5’ class locomotive in preservation – was refurbished after a remarkable £500,000 fundraising effort by Strathspey Railway enthusiasts.

They have breathed new life into a classic train that was among the last of those withdrawn in the 1960s as part of the so-called Beeching cuts that stripped much of Britain’s loss-making rail network.

5025 was bought by a private railway enthusiast, but was later withdrawn again because it needed substantial repairs and lay in an engine shed for almost two decades.

Speaking at the end of a successful decade-long labour of love, Strathspey Railway project manager Paul Blount said: “I’m delighted and very proud with what’s been achieved here – with the lack of facilities we have at Aviemore, the lack of manpower and, initially, the lack of finance.

“I’m also rather sad at the number of people who’ve been involved in the restoration of 5025 who are either no longer with us or too infirm to enjoy what’s happening.

“It was extremely important to restore because of its history. It’s the oldest one of its type.

“It was never taken into a scrapyard – it worked until the very last day of steam.”

The phenomenal fundraising was achieved with backing from the lottery heritage fund and various agencies, and spearheaded by the Watkinson Trust, which takes care of the train, and the Strathspey Railway, which will use it to haul its steam services between Aviemore and Broomhill.

The locomotive has been famous for years, having featured in the highly successful remake of the popular Dr Finlay series, on STV.

5025 was withdrawn from local service by the steam railway charity in 1992 because of the daunting financial cost of refurbishment.

In 2011, the enthusiasts began the mammoth restoration project.

It is expected to start earning its keep from August 5, offering trips between Aviemore and Broomhill near Grantown for steam railway lovers.

What were the Beeching cuts?

Dr Richard Beeching’s 1963 report ‘The Reshaping of British Railways’ led to the government closing hundreds of stations and 650 miles of track in Scotland.

He’d been tasked with “increasing the profitability” of the rail network because more people and businesses were turning to cars and lorries.

The plans drew huge protests from local communities, with many campaigning against the cuts and saving some stations.