Robbie Mitchell, from Durness in Sutherland, completed the gruelling 516 miles at daybreak on Friday. 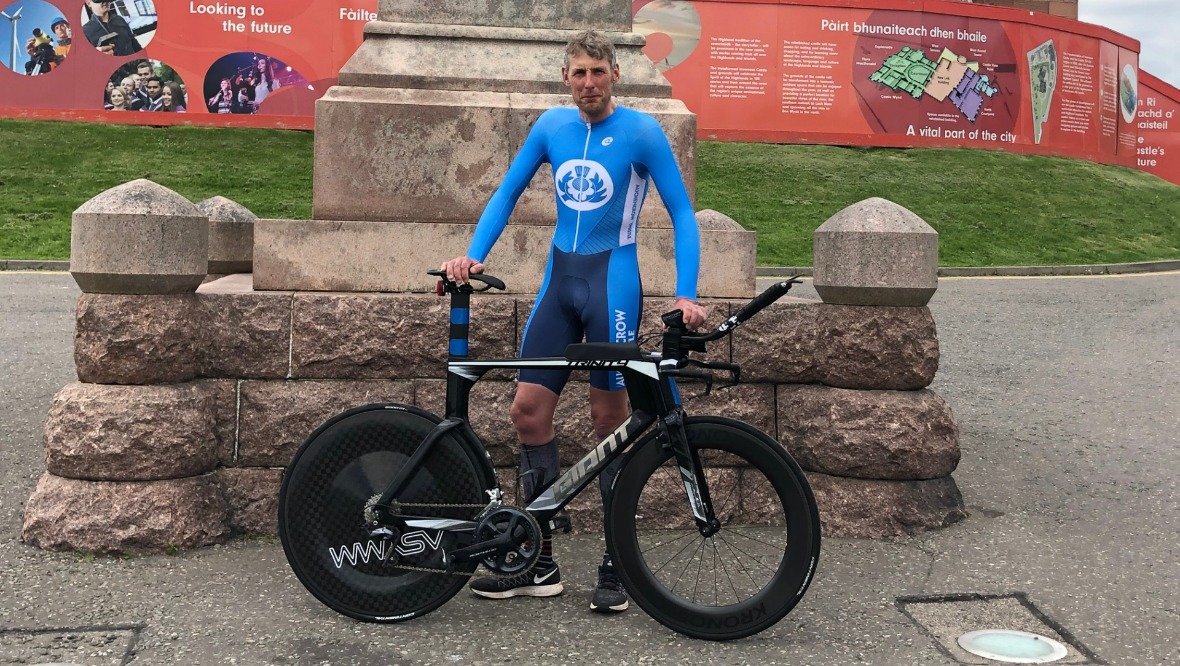 A Highlander has smashed the cycling record for the NC500 tourist route.

Robbie Mitchell, from Durness in Sutherland, completed the gruelling 516 miles at daybreak on Friday.

The 40-year-old athlete was back in Inverness in just under 29 hours and six minutes.

That was more than two hours quicker than the previous record, set just nine months ago in September 2020 by Josh Quigley.

“Generally it’s a few days later before it hits you, just the nature of the bike I used yesterday tucked up in a pretty tight position, all your loadings going straight into your skeleton rather than getting absorbed. Pretty sore, but it was the choice I made to use that bike and it paid off.”

Mitchell used the challenge to raise more than £2000 for the Edinburgh Sutherland Association, which supports good causes across Sutherland.

Riding through his hometown there was a lot of support, not least of all from a very favourable wind, but things changed on the north coast.

“I knew at some point that favourable wind wasn’t going to be in my advantage,” he said.

“That wind hit me like a wall. Generally speaking the wind would die down in the early evening, that wind didn’t die down until 3am, when we were back down to Helmsdale and Brora.

“The north coast, although it’s hilly, shouldn’t have posed too much of a problem after everything you’ve done, but it became the toughest part of the ride.”

There was a worrying moment when the cyclist was left alone with no sight of his support vehicle for over an hour.

“Up to that point on the ride, all my food and drink was getting passed to me as I needed it. I carried nothing.

“I was about an hour and half with no support, conscious that one little problem, and it was game over.”

But riding into Scourie, a very kind shopkeeper let him fill his pockets with the crew returning to settle the bill.

In a gracious response, Quigley, from Livingston in West Lothian, said: “To beat my record by over two hours shows how strong and impressive a performance it was.

“I can only respect and applaud Robbie and his team for what they achieved – very well deserved.”

Mitchell has no plans to do the ride again but encouraged others keen to give it a try.

He told STV News: “The challenge is there for someone else to have a go. I wish anybody that does it the absolute best of luck.”