Karen Morrison has been forced to close her bed and breakfast to save on heating costs. 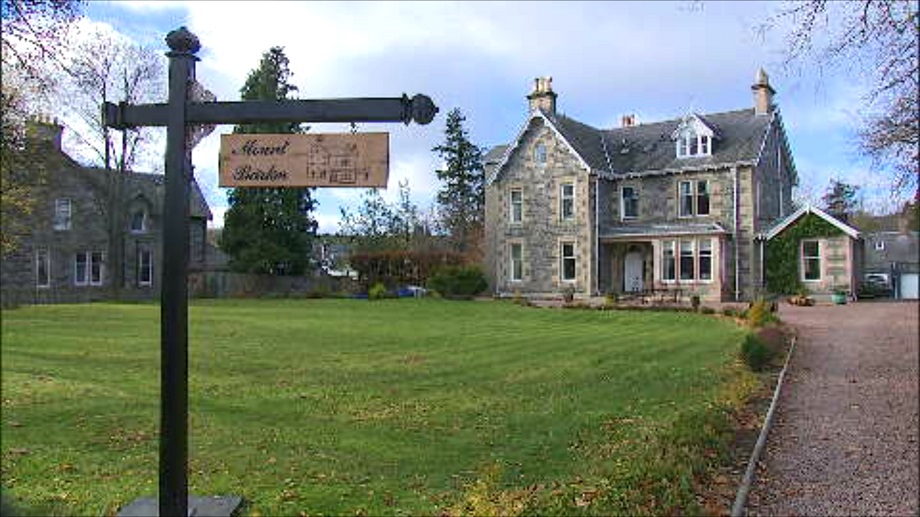 A bed and breakfast in the Highlands has been forced to temporarily close to cope with soaring costs.

Karen Morrison made the decision to shut her business in Grantown due to poor bookings and high heating bills.

A rising number of rural business owners fear they won’t survive the cost-of-living crisis – with only 20% believing they will be running as normal in a year’s time.

Karen told STV News: “Last year we had 21 bookings in October, this year we’ve had three.

“For us to then heat the whole house in case someone comes in, we made the decision it’s not financially worth it.”

She has also had to ask customers to make sure they’re not wasting electricity.

“For the first time ever, I’m asking people to please turn the lights off as they leave,” she said.

“We’ve turned all the fridges off in the renting rooms and we’ll only put them on if we’re asked to.

“So, instead of giving them fresh milk in a bottle, I now give them a flask of cold milk so they’re not using electricity.”

Artist and printmaker Saira Acosta Diaz had to chose between heating her home and running her business.

She wears a woollen hat and a blanket so she doesn’t get too cold when working.

She said: “I do a lot of teaching online one-to-one – I do classes and I also do YouTube videos.

“I need very good lighting, otherwise I can’t see them and they can’t see me or the work I’m doing. I need electricity a lot, otherwise I don’t have a business.

“Our bills at the moment are £1,000 for three months for the oil heating.

“We have a heating day where we put on the heating and dry our clothes.

“Those are the days we look forward to because they’re not going to dry any other way.”

GrowBiz, an enterprise organisation that helps rural businesses in Scotland, spoke to more than 250 companies, with many fearing they will be forced to shut down without support.

Jackie Brierton, from GrowBiz, said: “We know about the cost-of-living increases, but for businesses that means a whole lot of additional costs they didn’t realise they were going to have even six or nine months ago.

“But on top of that, there are depressed orders and sales. People are obviously not spending in the same way.

“For rural businesses, that’s magnified by the fact that they’ve got additional costs for things like energy. They’ve got extra transport costs and digital connectivity is still not what it should be.

“There are a lot of things that make the current situation for rural businesses really difficult.”