Amanda Leask said she was left 'broken' by the way dogs in Cairo were treated in oppressively hot temperatures. 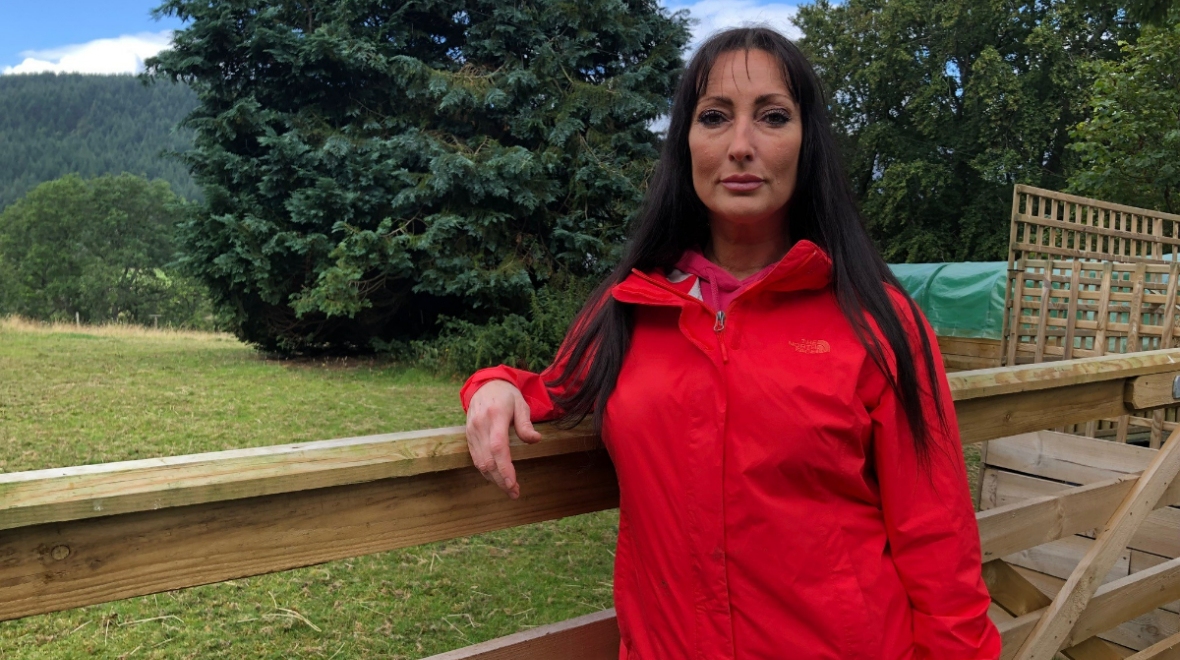 A Highlander who has bravely challenged animal abusers in danger zones around the world says her latest mission left her emotionally “broken”.

Just back from Cairo, Amanda Leask remains defiant. She plans to return to the hotspot once she has raised the necessary funds.

Accompanied by musclemen for her recent trip, she has released video coverage of the horrors that faced her, including young dogs being goaded in a Cairo marketplace.

Speaking directly to camera after a traumatic day in the city, she states on her video log: “That day, the heat was 104C and that morning I just felt like I was absolutely melting, so you can imagine.. [the dogs] have a fur coat, you’ve got no access to water and you’re being paraded for sale. The noise in that place was just absolutely deafening.”

A ten-year crusade has taken Amanda Leask across the world.

Pup Miracle, who was rescued from Thailand, became a TV star and subject of a book after quickly forming a close bond with her son Kyle who has cerebral palsy and autism.

Back at her home near Beauly to take stock after Cairo, Amanda is planning to broaden her campaign to include other animals and is close to realising an ambition of establishing her own charity.

She told STV News: “The trip kind of broke me, if I’m really honest. I’ve dealt with other rescue situations and seen some really, really horrible things.

“But to see people get a kick out of – literally – the torment that they’re putting these animals through.. because they know that ultimately they can make money from them.

“We walked into another area where a crowd had gathered. There were three males whipping the ground and whipping the legs of three German Shepherds.

“The dogs were restrained and being forced into being aggressive – and I just felt a wave of emotion come over me.”

He said: “Amanda is dealing with a very specific end of the market with animals that tend to get overlooked because they might have a severe disability or a facial problem.

“She’s at the sharp end of the market, so I think there is very much a place for the charity work that she is trying to create and move forward.”

Amanda says she fell for Egypt’s “beauty and magic”.

Her efforts convinced police to intervene. They raided the offending market and shut it down.

She is now urging the country’s government to act by implementing tough new animal welfare legislation.

The Egyptian government was contacted for a response.