The trial service of the Navya, an electric vehicle boasting 'zero emissions', will run until next March to gauge its popularity. 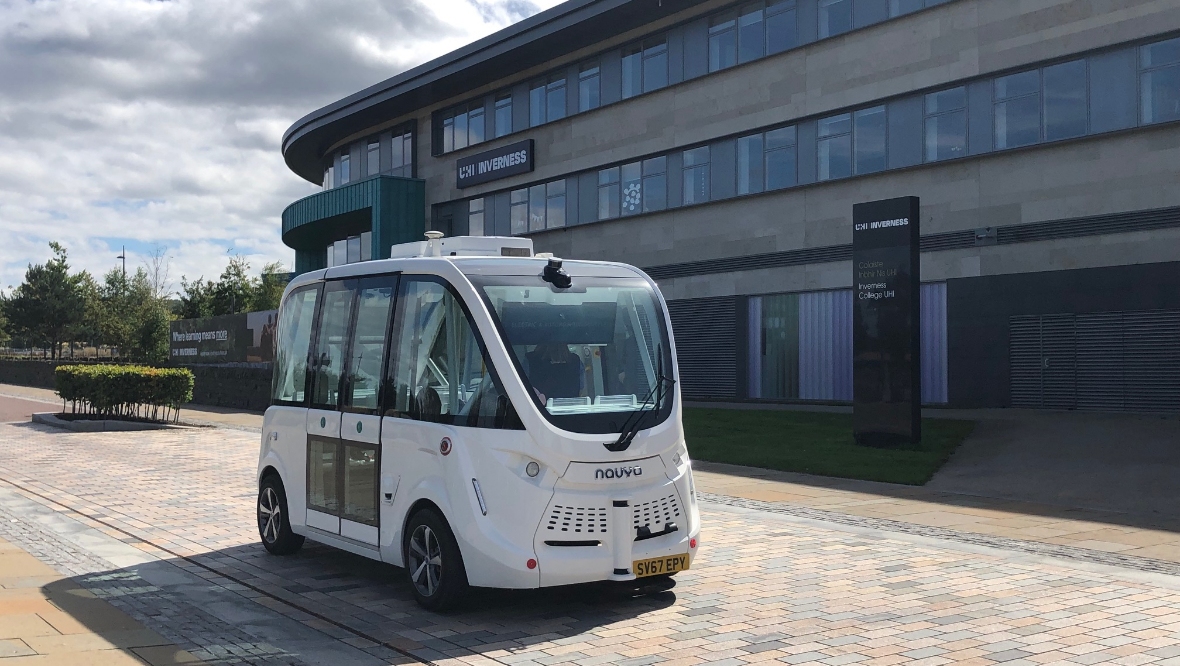 It is said to be a first for Scotland, with plans to introduce a driverless bus service in Inverness.

Free rides are being offered between the University for the Highlands and Islands (UHI) campus and a nearby retail park.

The trial service will run until next March to gauge its popularity.

The French-built Navya, an electric vehicle boasting “zero emissions”, has been making tracks at the UHI on the outskirts of the city.

An early trial run exposed signal problems requiring an onboard standby driver to resort to a controller to keep the vehicle operating.

There is confidence among the partner organisations involved in the EU-backed £250,000 project that such issues will be ironed out.

“I think here in the Highlands and Islands we actually very naturally find ourselves in a leadership position in that sense.

“We have developed and delivered a lot of technology advancement in areas of transport and transport information.”

He added: “Driverless does potentially offer some cost savings. It also offers the potential to deliver services where recruiting drivers is an issue.

“I think from my own perspective it’s also about whether you can deliver services when people really need them.”

Dave Simpson of partners Stagecoach said: “As a company we really push forward with technology and we want to show that we are investing.”

“For the autonomous vehicles the safety aspects that come with those vehicles is massive, and safety is at the forefront of what we do.

“The shuttle bus is run within a corridor restricted to public transport, pedestrians and cyclists.”

Walkers and cyclists are segregated from road vehicles for most of the route.

The Navya runs from 10am and 4pm, Monday to Saturday, between the campus and the Inverness Retail Park.

There is no fee until October 1 and the price will be announced in due course.