Businessman mentored by legendary explorer ahead of Antarctic trek

Ben Weber has received mentoring from Ranulph Fiennes ahead of a 700 mile solo journey to the South Pole. 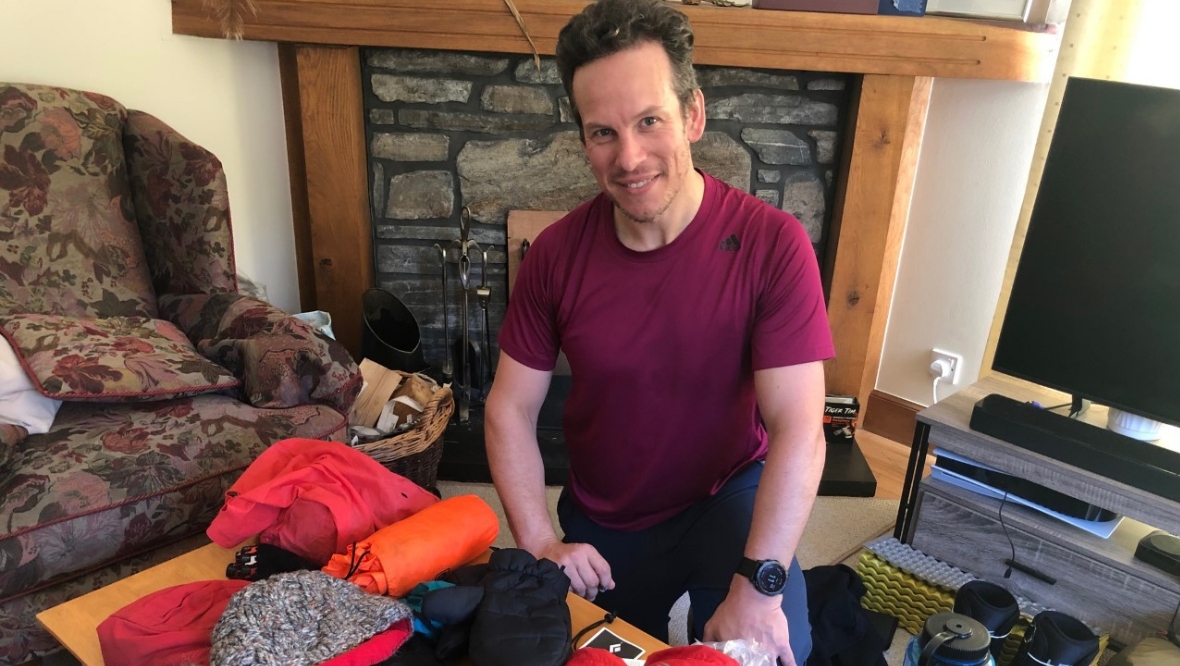 A legendary explorer has mentored a former businessman who is preparing to turn a long-held dream into reality by conquering the harshest climate on the planet.

Orkney-born Ben Weber, 41, plans to reach the South Pole – alone – in honour of his late mother Marian, who died from kidney cancer in 2018.

Ben comfortably completed a gruelling training exercise in April and May which entailed skiing 400 miles across Greenland in 26 days with a team.

His next challenge is to tackle Antarctica solo, the highest, windiest and coldest place on the planet in temperatures as low as -40C.

“It sounds almost masochistic but I’m certainly not panicking. It kind of helps, with the adrenalin.”

Ben is the youngest of seven children, with three sisters and three brothers.

“When mum passed she wanted me to keep going towards these goals and to be able to make it to the pole,” he said.

A six-day-a-week training regime near his home in Carrbridge in the Cairngorms, features tyre-dragging to replicate the supply sled he will pull.

He also cycles up to 60 miles a day and runs up to ten miles to aid his stamina.

“I’ve spent a lot of time in colder environments,” he said. “So, the idea of the poles, and taking inspiration from people like Sir Ranulph Fiennes, it starting to grow on me that it would be amazing to actually go to the pole.”

Sir Ranulph, described by the Guinness Book of World Records as “the world’s greatest living explorer”, has been a mentor.

Sending his best to Ben, the veteran explorer told STV News: “I hope that any questions he asked I was able to be helpful to him.

“I pointed out that luck has a lot to do with it, what weather front you actually hit, because it’s changing the whole time. That’s called ‘Lady Luck’. [Ernest] Shackleton called it ‘providence’.”

Ben said a big sponsor would not go amiss, with the money he raises from his adventure to go to Cancer Research UK. He sets off in November.

Sponsors can find him online on the JustGiving website.