Scotland's 'most iconic animal' is also one of its most endangered. 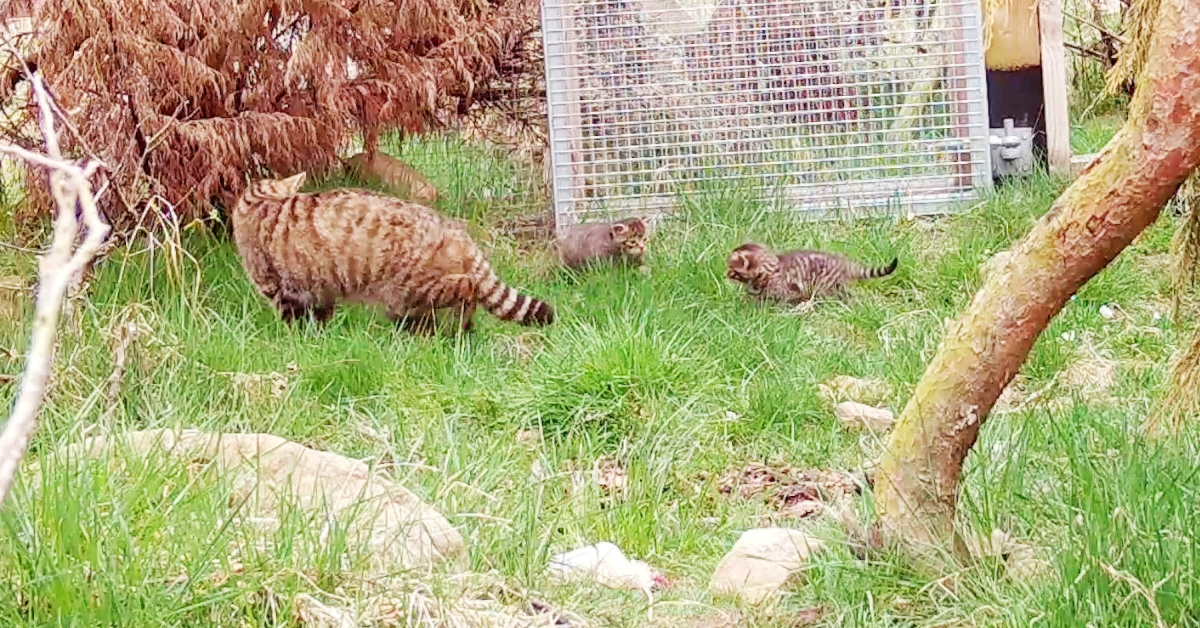 Wildcat kittens, destined to be the first of their endangered species to be set free in Britain, have been born in the Highlands.

Led by the Royal Zoological Society of Scotland (RZSS), the Saving Wildcats conservation breeding centre is working with national and international experts to restore the country’s critically endangered wildcat population.

The project has paired together 16 of the felines and has already welcomed eight kittens that will be released into carefully selected locations in the Cairngorms National Park.

“Decades of extensive research have shown their species is highly likely to go extinct in Britain if we do not carry out releases to restore our critically endangered wildcat population.”

The new kittens remain very vulnerable for the first months of their lives, Mr Barclay said, with a lot to learn over the next year.

“We have a very hands-off approach with the cats to give them the best possible chance of survival after release,” he said.

“This means we are only able to monitor the kittens on remote cameras at the moment, though we have been able to confirm there are at least eight kittens from three litters so far and hope there will be more to follow in the coming weeks.”

Three of the kittens have been born to mum Droma.

Caol Ila, who came to the Saving Wildcats centre from the Royal Zoological Society of Scotland’s (RZSS) Edinburgh Zoo, also had three kittens and two more were born to Torr, who was previously living at Merklands Wood.

Dr Helen Senn, head of conservation and science at RZSS, said: “Wildcats are Scotland’s most iconic animal but sadly also one of our most endangered. Habitat loss, hunting and inter-breeding with domestic cats have all taken their toll, leaving this incredible species on the brink of extinction.

Planning is underway for the first releases in 2023, which will be subject to receiving a translocation license, Dr Senn said.

Sarah Henshall, head of conservation at the Cairngorms National Park Authority, said: “The Cairngorms is home to over 25% of the UK’s rare and endangered species, and the arrival of the first wildcat kittens at the Saving Wildcats centre is a significant milestone in our collective efforts to save this critically endangered species from extinction in Britain.

“Scotland’s wildcats have been identified as a priority species in our five-year Cairngorms Nature Action Plan and this project is helping ensure the ‘Highland tiger’ remains a feature of the Scottish landscape for generations to come.”

The six-year project is funded with the contribution of the LIFE Programme of the European Union and the generous support of the Garfield Weston Foundation, The National Trust for Scotland, The People’s Trust for Endangered Species and The European Nature Trust.