Despite freezing temperatures and snow in large parts of the country, there have been multiple wildfires in the Western Isles. 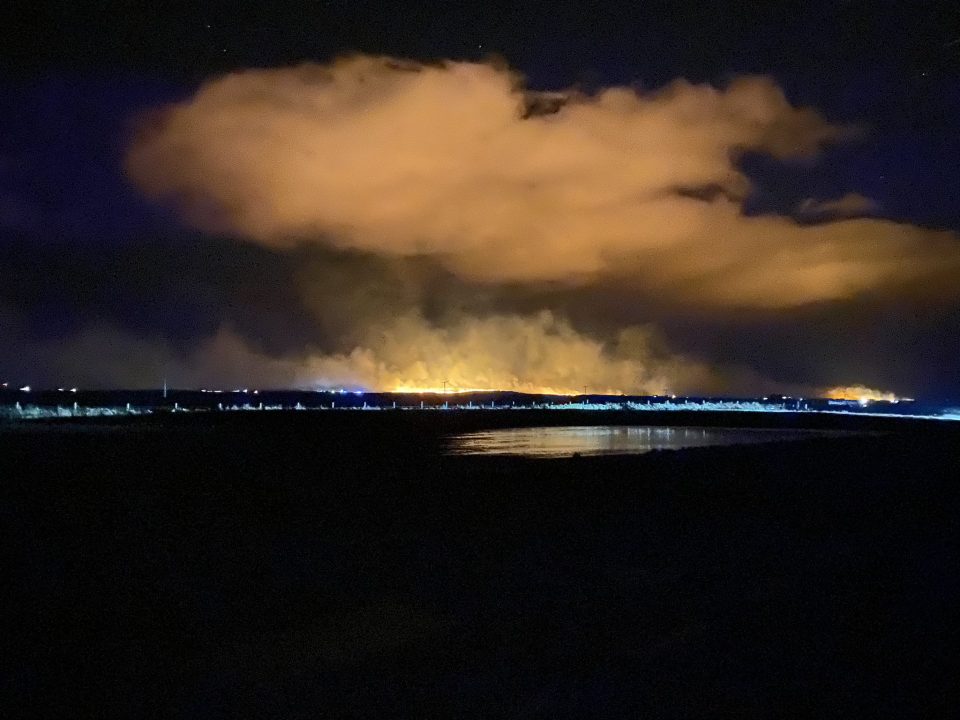 Firefighters are tackling a huge wildfire on Benbecula after warning of an “extreme” risk across Scotland’s west coast.

Despite freezing temperatures and snow in large parts of eastern and central parts of the country this week, the west coast and island areas have places full of “bone-dry vegetation…which essentially acts as a fuel for fire”.

Highland and Islands Police Division warned members of the public to avoid the area known as the Market Stance in Benbecula as vehicles are interfering with the ongoing fire fighting operation.

The Ruevall public road has been closed whilst emergency services deal with the blaze.

He said: “We urge everyone to exercise caution and consider the risks. These incidents potentially put lives, homes and firefighters at risk of harm.”

A Scottish Fire and Rescue spokesperson said: “Earlier we issued an ‘extreme’ wildfire warning until Friday for the west coast and islands.

“This caused quite a surprise, given the snow / freezing temps across the country.

“Tonight, our crews continue to tackle a number of large fires on Harris, Benbecula and other areas.”

Even with freezing temperatures across the Western Isles, vast areas of the countryside are “tinder dry and vulnerable”, with area commander Bruce Farquharson drawing comparisons with the Beast from the East in 2018 which saw wildfires on Skye and Barra.