Firefighters were called to the blaze in Invergordon shortly after 7pm on Sunday. 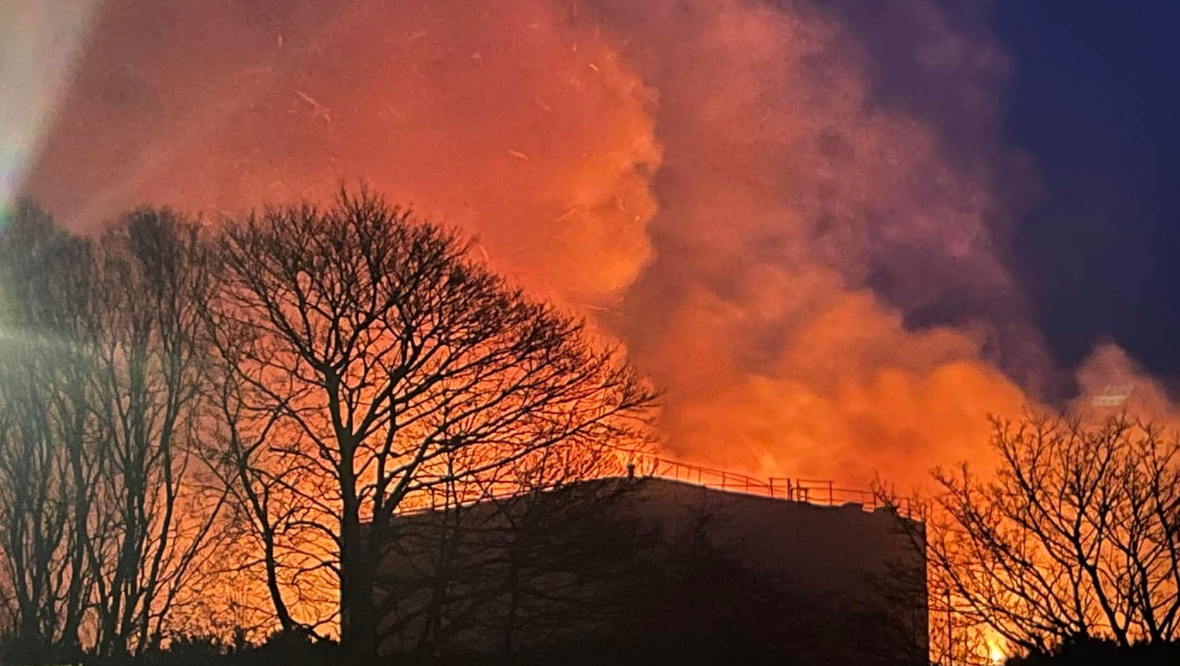 Fire crews tackled a huge gorse blaze in the Highlands on Sunday evening.

Emergency services were called to the scene on in Seabank Road, Invergordon at around 7.08pm.

Smoke could be seen for miles as the huge flames from the gorse fire filled the air.

No injuries have been reported from the incident.

A Scottish Fire and Rescue Service spokesperson said: “We were alerted at 7.08pm on Sunday, March 20, to reports of a wildfire affecting an area of gorse in Seabank Road, Invergordon.