Firefighters tackle blaze as it tears through island hotel

Fire broke out at the 100-bedroom Moorfield Hotel, Shetland, and continued well into the early hours. 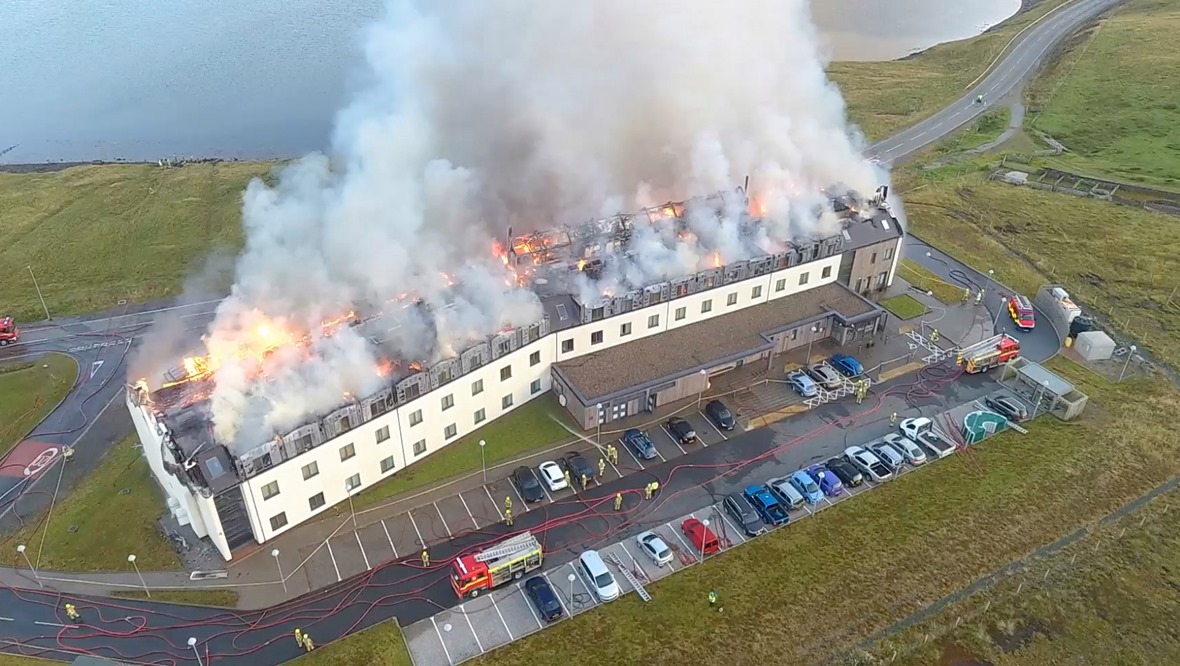 Firefighters have been tackling a blaze which tore through a hotel in Shetland overnight.

A fire broke out at the 100-bedroom Moorfield Hotel in Brae and continued well into the early hours on Monday.

Nine engines were dispatched to the scene after fire crews were alerted to the “rapidly developing” blaze at 12.30am.

The flames had stretched to cover most of the accommodation, which was due to close its doors shortly.

The decision to close was made after energy giant Total revealed it would stop housing Shetland Gas Plant workers there.

The extent of the fire can be seen in pictures and, while hotel guests were evacuated, it was confirmed there have been no injuries.

“A number of hotel guests were evacuated and relocated. There are no reported casualties.

“Crews remain at the scene as they work to extinguish the fire.

“I would like to thank local residents for their support and cooperation during this disruptive incident.”

Local councillor Emma Macdonald said: “Absolutely awful news but incredibly glad to hear that all staff and residents are safe.

“Events like this really highlight the incredibly important role of all the emergency services. I hope everyone remains safe.”