Ride the Wave charts Ben Larg’s life tackling some of the biggest and most dangerous waves in the world. 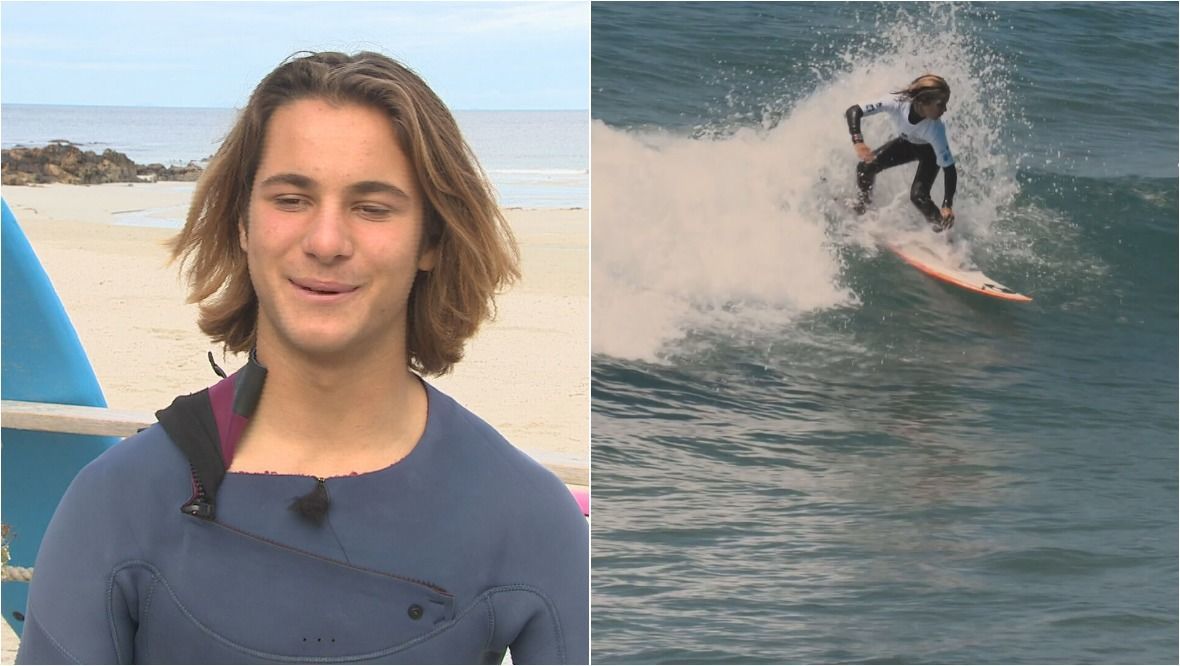 A documentary about a Tiree teenager’s passion for surfing is set to have its UK premiere at the London BFI Film Festival.

Ride the Wave charts Ben Larg’s life from 12-year-old surfing champion to just a few years later embarking on a journey to tackle some of the biggest and most dangerous waves in the world.

Taking it all in his stride, Ben told STV News: “I’ve been surfing from two on the front of my dad’s board then when I was seven, I began surfing every day.

“After I had done a few comps I wanted to do big wave surfing – it’s a bit more extreme and I enjoyed that.

“We went to Ireland and we surfed a wave called Mullaghmore. It was about 30ft.”

The now 16-year-old says that casually but as you see from the film, it’s not such a relaxing sport for the onlookers, particularly Ben’s family.

All keen surfers themselves, running the Blackhouse Watersports business in Tiree, Ben’s mum Iona said: “We all got pulled into the film too. The change in him doing competitions to wanting to surf big waves and how that impacted us as a family.

“We support his passion but when you see him paddling out, you just become a mum and you want to pull him back, but you can’t do that.”

Ben’s proud dad, Martin, said that it was emotional to watch his family on screen but praised the opportunities the filming has given Ben and the places they have been able to visit and surf off the back of it.

The film will be released in February.

Meanwhile, in Uig, on the Isle of Lewis, another film about surfing is currently being made, although this one is a little different.

It tells the story of a young surfer struggling to come to terms with the death of his father and although shooting on Uig hasn’t always been easy, with extreme weather conditions taking their toll, Chris said he wouldn’t have wanted to make it anywhere else, insisting “part of what makes the film special is the landscape.”

Actor Derek Horsham, who plays a character called Bonco in the film, said: “It’s time for another film like this. I mean Local Hero was one, Gregory’s Girl another, but they gave that sort of quirky side to Scottish life and this is another one.”

Two very different films both centred around surfing in Scotland; surely destined to cause a splash.