Firefighters were alerted to the grass and gorse blaze south of Mallaig on Tuesday afternoon. 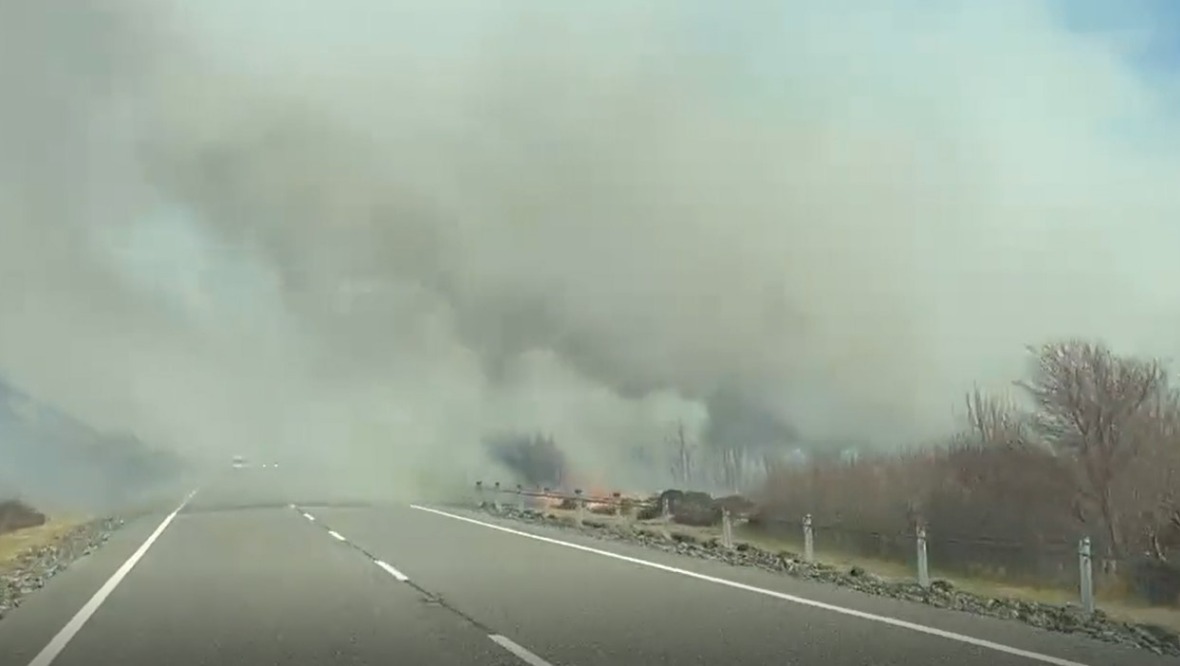 Emergency crews battled a wildfire that broke out on a hillside in the Highlands.

Firefighters were alerted to the grass and gorse blaze south of Mallaig on Tuesday afternoon.

The Scottish Fire and Rescue Service (SFRS) mobilised five appliances to the scene, where crews worked to extinguish two fire fronts until the early hours of Wednesday morning.

Thick plumes of smoke covered parts of the A830 as the fire took hold.

Although there were no reported casualties, a driver and his passenger pulled over to provide assistance to a stricken motorist whose car had stopped in the middle of the carriageway.

The man posted a video of the incident online, stating: “We got the poor lady out and drove her to the medical team in Mallaig.”

A SFRS spokesperson said: “We were alerted at 1.03pm on Tuesday, March 22, to reports of a fire affecting grass and gorse, south of Mallaig between the A830 and B8008.

“There were no reported casualties.

“Crews left the scene after 2am.”