Driver ‘hunkered down’ after being stranded in snow overnight

Andrew Burton was one of several people stuck on the A835 due to severe wintry weather. 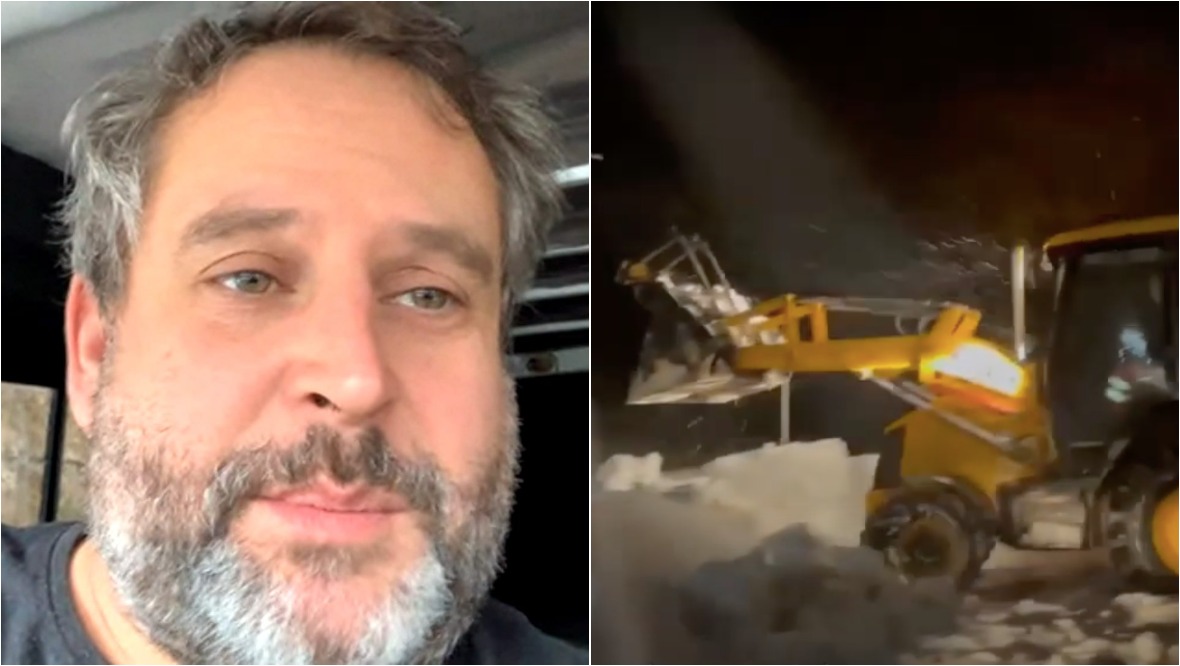 A driver has told of how “lucky” he was to have his camping kit in his van after huge snow drifts left him stranded overnight.

Andrew Burton was one of several people stuck on the A835 between Ullapool and Garve near Loch Droma, where a rescue operation was launched on Friday morning.

The road has been closed after chaos was caused when a lorry jackknifed in the snow.

Mr Burton was making an essential journey permitted under Covid rules from his home in Lewis to Spean Bridge.

He told STV News: “I’m really lucky because I’ve got a camper bed set up in the back here.

“So I decided I’d probably be there for the night. I hunkered down in my sleeping bag and had a bite to eat.

“I had a sleep for a couple of hours but it was really, really wild, it was blowing an absolute hoolie, there were lots of noise, lots of wind in the van. It was pretty atmospheric.”

Mr Burton said that he felt OK during the night, but was concerned about others in a similar situation.

He said: “I saw some of the chat on the A835 Facebook page – there was a lady who had her 13-year-old daughter with her, people were advising her not to get out of the car to see what was going on.

“There were guys were saying there were snow drifts up to the bonnets of their 4X4.

“I knew I was OK but it was dark and every time you looked out of the window you couldn’t see anything.”

Mr Burton was eventually helped by local farmers, who dug his vehicle out of the snow.

‘I’ve never been involved in an incident like that where you’ve been stuck and buried and not able to move.’

He said: “I woke up at 5am to tractors going up and down the road with buckets on, clearing the road and they seemed to work pretty solidly to get the road clear.

“When it was daylight I jumped out and they were starting to dig cars out. They were the heroes of the night really.”

“One guy told me he’d lived here for 15 years and he’d never seen anything like it.”

“I’ve never been involved in an incident like that where you’ve been stuck and buried and not able to move.”