Margaret Payne, from Ardvar, Sutherland, said the amount of money raised has been 'amazing'. 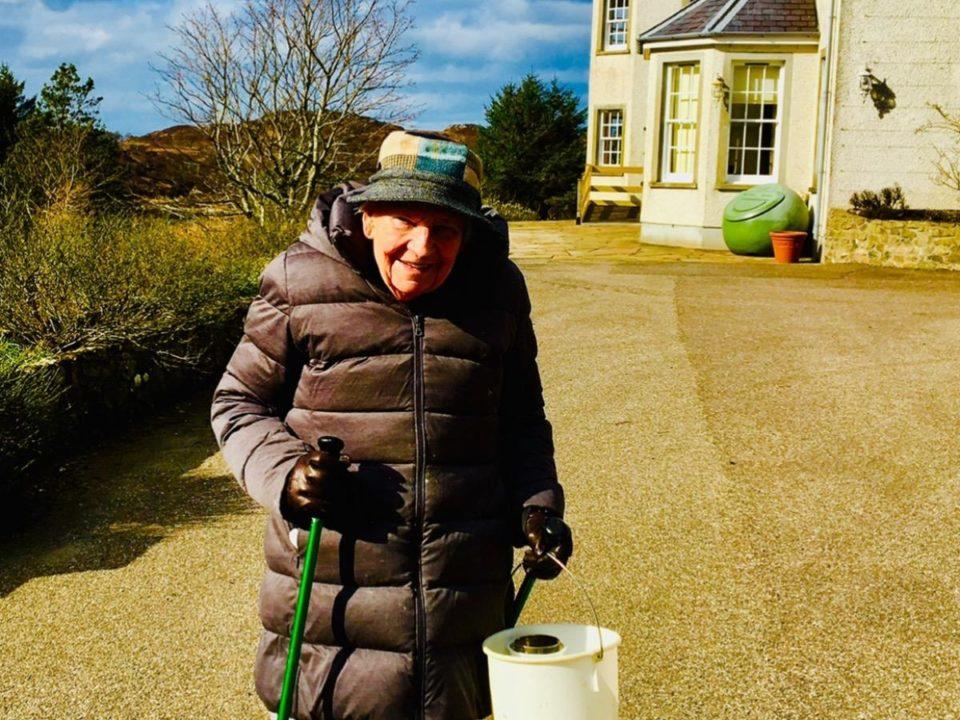 A 90-year-old woman climbing the stairs in her home has been amazed by the amount of money raised as donations surge past £200,000.

Margaret Payne, from Ardvar, Sutherland, was inspired by 99-year-old Captain Tom Moore, who has raised more than £20m for the NHS.

The 90-year-old pledged to climb the height of Suilven, which is expected to require 282 trips up the stairs.

“I can’t do it too often or my knees do hurt,” she said. “I have two artificial knees but basically I just do it.

“It’s an iconic hill. It’s one that the Vikings used to use to find their way down the west coast.”

Her daughter Nicky McArthur, who is staying with her mother during the lockdown period, said the generosity shown was “extraordinary”.

Mrs Payne also said her reasons for stepping up and raising funds for the health service were threefold.

While she was inspired by Sir Tom, her late husband was looked after well by the NHS and, additionally, she wanted to thank nurses and doctors for what they are doing at this time.

Including gift aid, Mrs Payne had raised more than £211,000 for the health service in her climb, as of Saturday morning.

She added that she expects the 282 trips up the stairs to take her until the end of June to complete.