The exotic looking flame shell is a small two shelled saltwater clam which uses stones and other seabed debris to create nest. 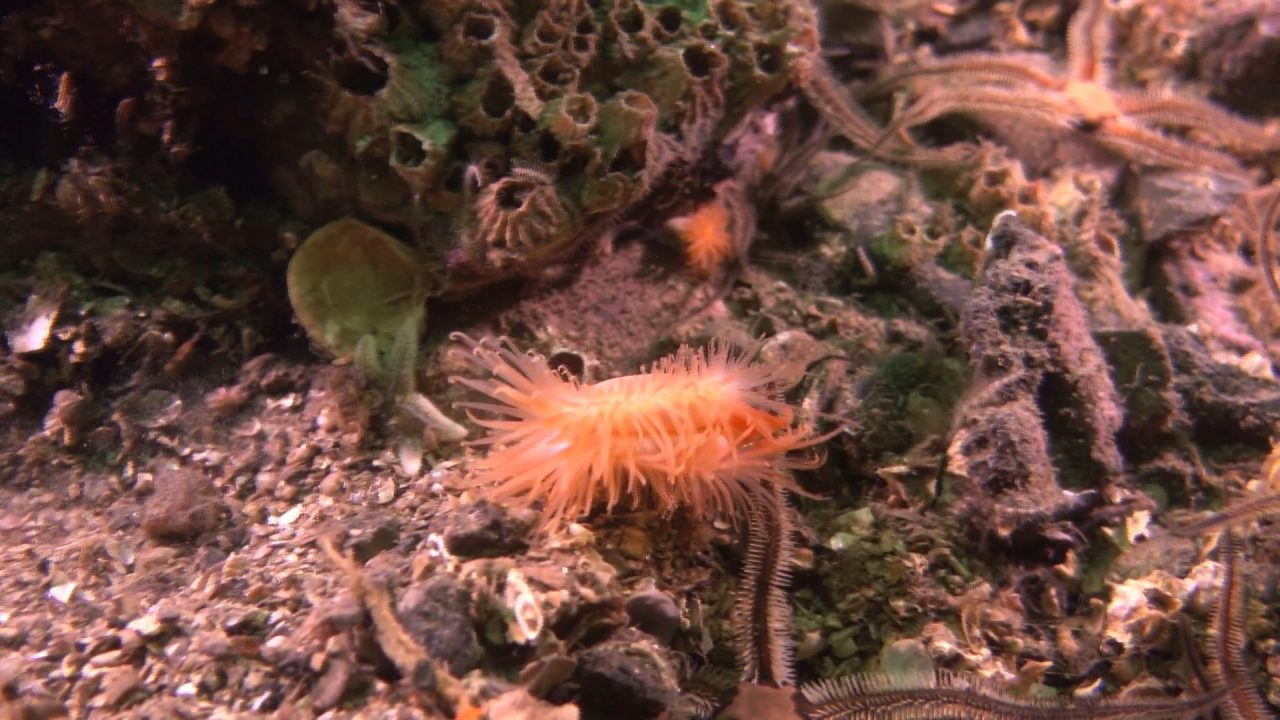 A rare flame shell reef has been discovered by recreational sea search divers off the coast of Arran.

The exotic looking flame shell is a small two shelled saltwater clam which uses stones and other seabed debris to create nest.

A few of the creatures can live in each nest. When hundreds of these nests come together they form a reef, like the one discovered within the South Arran Marine Protected Area.

It was feared most of the habitat had been destroyed decades ago after the introduction of seabed trawlers and bottom towed scallop dredgers in the Clyde.

Historically there were seven mapped flame shell reefs in the Clyde but until now it was thought only one had survived.

It is expected this reef is a remnant bed which has gone previously undiscovered. Conservationists believe it measures around 10,000 square meters but admit it could be even larger.

Jenny Stark, from the Community of Arran Seabed Trust (COAST), a charity which protects and restores the marine environment, said: “This is really exciting.

“We realised on the third or fourth dive it was a real large extent that we’d found.”

The so-called biodiversity hotspots can support a variety of marine wildlife. The only other known flame shell reef in the Clyde is home to more than 260 animal species.

“Without the flame shells making these reefs other life wouldn’t live in that area.

“Additionally flame shell beds are what we deem blue carbon stores. They absorb carbon dioxide from the atmosphere and contain which helps increase our resilience to climate change.”

COAST is calling for more protection for the seabed plus investment in monitoring and researching coastal waters.

Howard Wood, co-founder, said: “Two or three miles from the shore are the most important areas for these habitats, for biodiversity. We’re calling for an inshore limit that basically excludes bottom towed gear and other fisheries.

“We’ve got this amazing opportunity in the Clyde with a remnant bed in the north and one discovered in the south. Let’s allow them to recover. Nature will provide for us, we just need to stop impacting it.”

A Scottish Government spokesperson said: “We are determined to help protect and enhance our marine environment and the designation of four new MPAs and 12 SPAs demonstrates Scotland’s commitment to lead by example on environmental protection.

“37% of our seas are now protected, exceeding the proposed international target to achieve 30% of global MPA coverage by 2030.

“Each site in the network is managed to achieve its conservation objectives, placing obligations on all public authorities to ensure this.

“The announcement of these new sites is an important step to ensuring measures are in place to protect our iconic marine wildlife.”