Iain Dick says he is 'always looking for the next adventure' after taking up off-piste skiing five years ago. 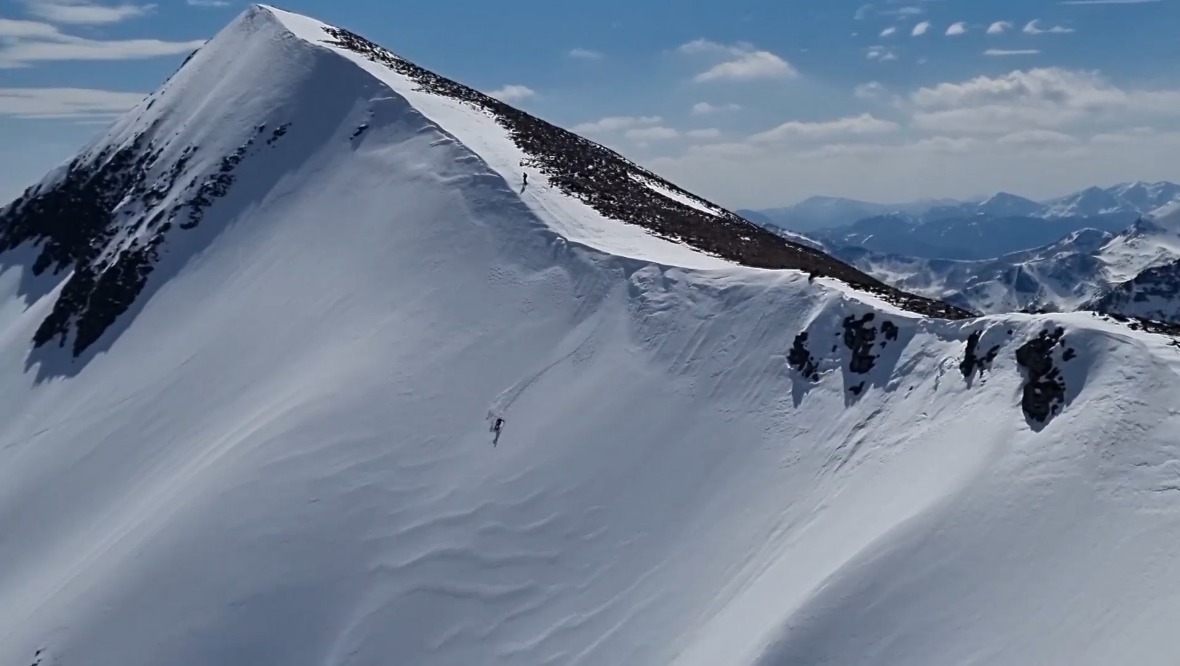 A daredevil skier has been captured jumping off the top of a mountain beside Ben Nevis before racing down the slopes.

Dad-of-one Iain Dick, 34, says he is ‘always looking for the next adventure’ and has been doing off-piste skiing in Scotland for five years.

His friend Andrew Shaw, 37, filmed the footage at 1100m and said it reminded him of a James Bond film.

It took the pair along with friend and fellow skier David Adams, 38, around five hours to hike 4000ft up Carn Mòr Dearg on Saturday, which is four times the height of the Eiffel Tower.

But engineer Iain, from Coatbridge, North Lanarkshire, said he would rather ski down than walk.

Iain said: “I do it for the overall adventure – seeing the views, getting out to the wilderness, and the fitness aspect helps as well.

“It took about four or five hours to get up to where we were, then about a minute to get halfway down.

“The snow felt really smooth when I was going down, it was such a nice flow.

“I could relax and let the skis do all the work.

“I learned to ski when I was young, and the idea of off-piste skiing came to me about five years ago when I noticed all this untouched beautiful snow on these mountain slopes when climbing.

“There’s always different risks, and the biggest concern is avalanches.

“We always prepare for this and take plenty of safety equipment with us.

“I felt really safe going down this time though, mostly due to how smooth the snow was.

“We’ve gone down plenty of others such as Ben Lui, Ben Cleuch, and the Aonach Mor.”

He is planning to ski down a part of the Cairngorms, which stands at 1309m.

Iain added: “I’m always looking ahead to the next adventure.

“The plan is to go to the Cairngorms and find a nice slope to ski down from there.

“I always say why walk down a mountain when you can ski.”

Chartered engineer Andrew said: “We try to get up a mountain every weekend when the weather’s good.

“This is one we’ve been wanting to do for a long time.

“We were about 1100 metres up and skied about 400 metres down the mountain, which took us to about halfway.

The dad-of-two, from Newton Mearns, East Renfrewshire, added: “We basically ski until the snow stops.

“I got a really good video that morning, the lightning in the video is really nice and Iain skied it well.

“It resembles something out of a James Bond film.”