The passage allows the buck-toothed animals to travel safely under the Highland mainline. 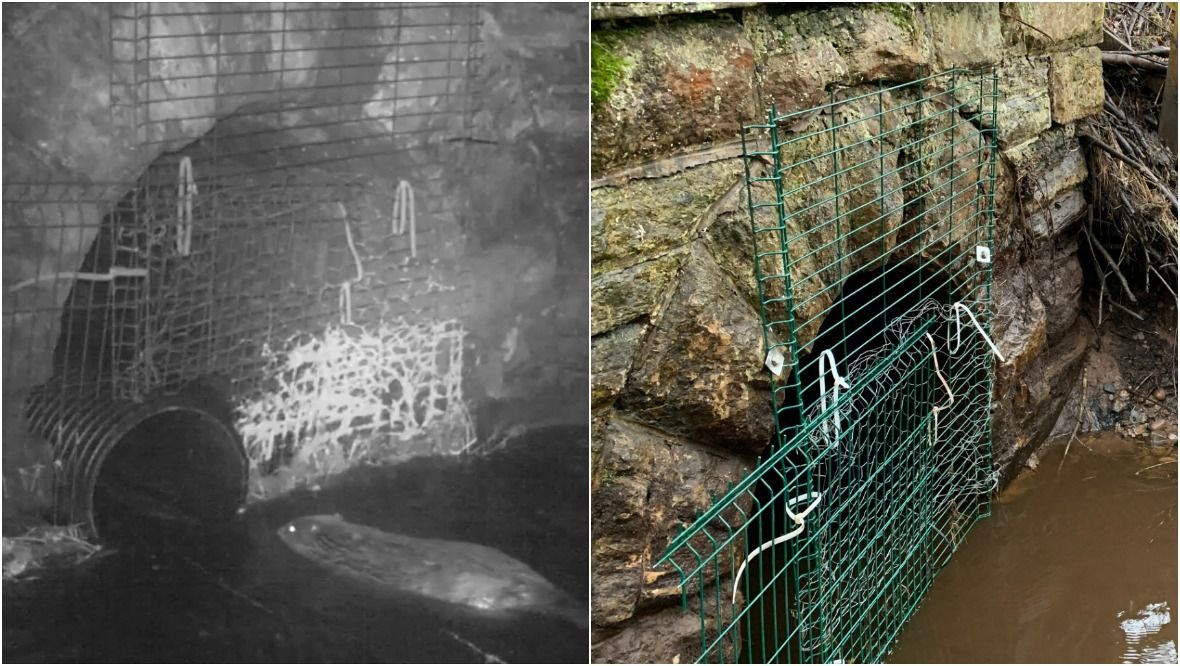 Scottish beavers have made the most of the first-ever passage purpose-built for them underneath a main railway track.

The tunnel allows the buck-toothed critters to travel safely under the Highland mainline.

It will also help protect the railway from flooding issues caused by the animals building dams, barriers they build to restrict the flow of water, across drainage pipes under the tracks.

The beaver population in the Tay catchment around Perth has been growing and a pair who had made their home near the railway caused problems when they damned a drain under the track.

A culvert near Gleneagles was blocked by a beaver lodge which caused a designated wet woodland, scrub and fen meadow Site of Special Scientific Interest (SSSI) to be flooded.

Their protected status means it is illegal to capture, injure, disturb, harass or kill a beaver or to damage, disturb or obstruct a beaver’s resting or breeding place.

To remove their dams, block entrance to their lodges and to trap and relocate them required a license issued by NatureScot.

As they spread, it is expected that the creatures could fell trees onto railway lines, cause flooding with their dams or burrow into railway embankments.

Network Rail decided to come up with a solution.

After obtaining the appropriate licenses to work in the SSSI and with help from NatureScot beaver specialists, the Network Rail team pumped the water out of the area over a number of days.

Then divers swam in and stretchered out the two-metre high and five-metre wide beaver dam by hand piece by piece.

It took a day and a half to clear the beaver-made barrier.

When the culvert was clear, the beaver pass was installed and wild mesh fitted at either side of the tunnel.

James Morrison, ecologist, with Network Rail Scotland, said: “To a beaver, a culvert probably looks like a hole in a dam… so they are very popular damming spots.

“The action we took near Gleneagles is the first beaver pass installed in the country that we are aware of. It is a repeatable solution which works to protect Scotland’s railway as well as safeguarding the beaver populations and other wildlife.

“The beavers will naturally expand across Scotland and as they do it is possible they could occasionally impact Network Rail’s infrastructure. However, they are an important keystone species and we need a proactive approach and sensitive solutions that allow us to co-exist.”

Dr. Roo Campbell, of NatureScot’s Beaver Mitigation Team, said the national nature agency was pleased with how proactive Network Rail had been in working to live with the beavers at the site.

He said: “Beavers are an important component of a healthy ecosystem whose presence usually brings a host of benefits, including creating ponds and wetlands where other species thrive, alleviating downstream flooding, and improving water quality.

“But occasionally they can cause issues. Our team advise on and provide mitigation against beaver issues across Tayside, but this situation is definitely one of the most challenging we’ve faced.

“NatureScot will continue to monitor the effect the beavers have on the SSSI.”