Caroline Mackay, from Nairn, has yarnbombed 13 postboxes in the seaside town. 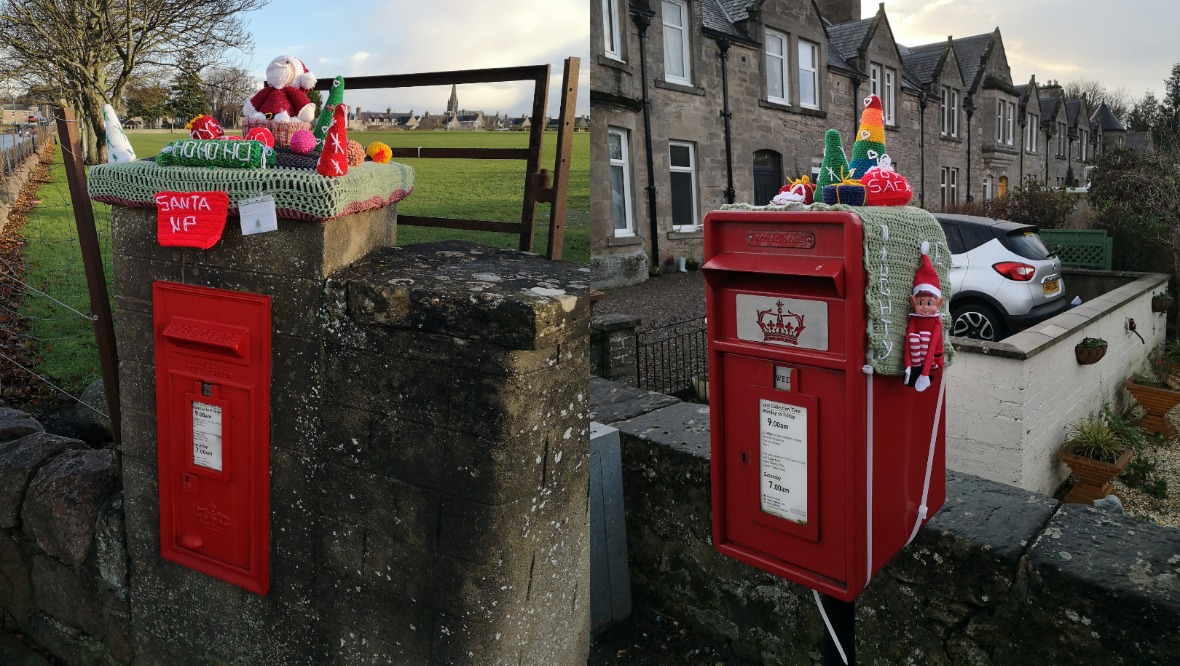 Residents in a Highland town have been surprised by a series of crocheted Christmas scenes when sending their letters to Santa thanks to a craft project which has decorated almost every postbox.

Over the past few weeks a mystery yarnbomber has been using her talents to cheer up the familiar red boxes in Nairn with a festive twist.

Knitted festive scenes adorn 13 of the structures in the seaside town, including features such as cheeky elves, snowmen, presents, crackers and Christmas trees – all fashioned from wool.

Nairn grandmother-of-four Caroline Mackay’s been revealed as the lady behind the project, and says her crochet needle has been non-stop for months.

She said: “I thought it would be a bit of fun and hopefully raise a smile with people. It’s been lovely to hear positive reactions to it.

“I measured the boxes and gradually designed each topper. I did speak to Royal Mail about it and was fine to go ahead, as long as you don’t obstruct the letter slots and prevent people from posting anything.”

Ms Mackay took up the craft seriously as a form of rehabilitation after suffering a stroke several years ago.

She said: “My youngest daughter suggested knitting but crocheting is better as I have easier mobility in one hand and it’s just one hook you use.

“Yarnbombing is becoming a thing with crafters and hopefully I have put Nairn on the map for it.”