Viewers from across the globe have been enthralled by Michael and Maria Start's online videos during the coronavirus lockdown. 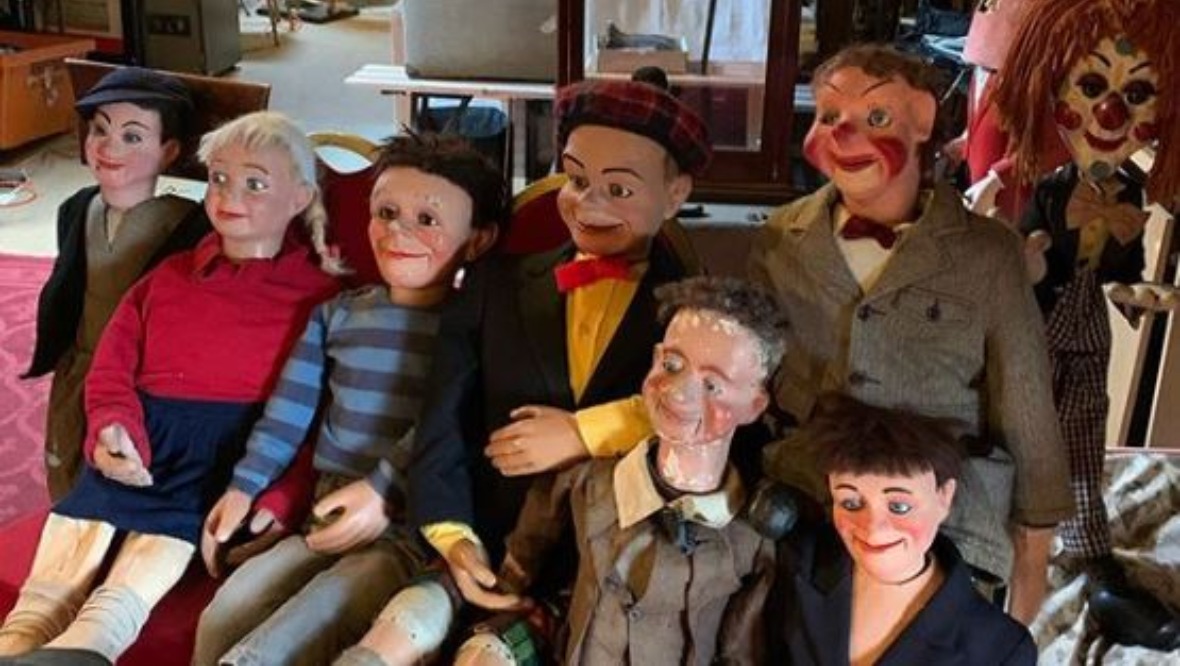 A couple who own clockwork characters which appeared in Hollywood movies have been keeping viewers enthralled during the coronavirus lockdown with live online shows.

Michael and Maria Start, from Moray, entranced people from Australia, the US, Germany, South America and the UK as they showed off items such as a crawling leopard which dates from 1890, a rabbit which pops up from a cabbage and, one of their most talked about pieces, a life-sized lady called Nancy who sews, blinks her eyes and crosses her legs.

Mr Start said: “Social media is a new way for people to get out there when you can’t actually get out.

‘It’s escapism – people are escaping into another world where reality is not quite the same.’

“We have such a fantastic cast of characters, we’ve got entertainers in every cupboard and drawer and we thought we need to  show them – and modern technology is about keeping up with us.”

The couple say some of their exhibits may be hundreds of years old but they are proving to be comforting for people during this modern time of crisis.

Mrs Start said: “It’s escapism – people are escaping into another world where reality is not quite the same.”

Based in Forres, the couple’s expertise was called upon by legendary Hollywood director Martin Scorsese for his film Hugo, in which a young boy lives in a clock tower where his father, played by Jude Law, makes mechanical items such as a wind-up mouse.

Mr Start, a trained horologist, taught the movie makers the intricacies of how such items would work, and was even asked to fix Scorsese’s own watch when it stopped.

Brian Selznick, who wrote the novel The Invention of Hugo Cabret, on which the movie was based, was one of those tuning into their live online show.

The Starts have hundreds of automata in their collection but some stand out for them.

Mrs Start explained: “The leopard is my all time favourite automata. It was given to us in a complete state of disrepair, with no body, no head, no tail and we just adore it.

“It was given to us to break up and use as spares but there’s no way we would do that.

“It’s so magical – now it lives in a special box with a sliding front. You open it and he crawls out by himself.

“There’s a video of him in the National Museum of Scotland in Edinburgh in their robots section and he is like a piece of ‘more than life’.”

As well as their automata show, the couple have held an online Flea Circus show and plan to continue to entertain on social media with a look behind the scenes in their workshop on Thursday.

You can see more from the house of automata on Instagram: @thehouseofautomata.