Campaigners are calling for a fixed link instead of new electric ferries to safeguard the area's future. 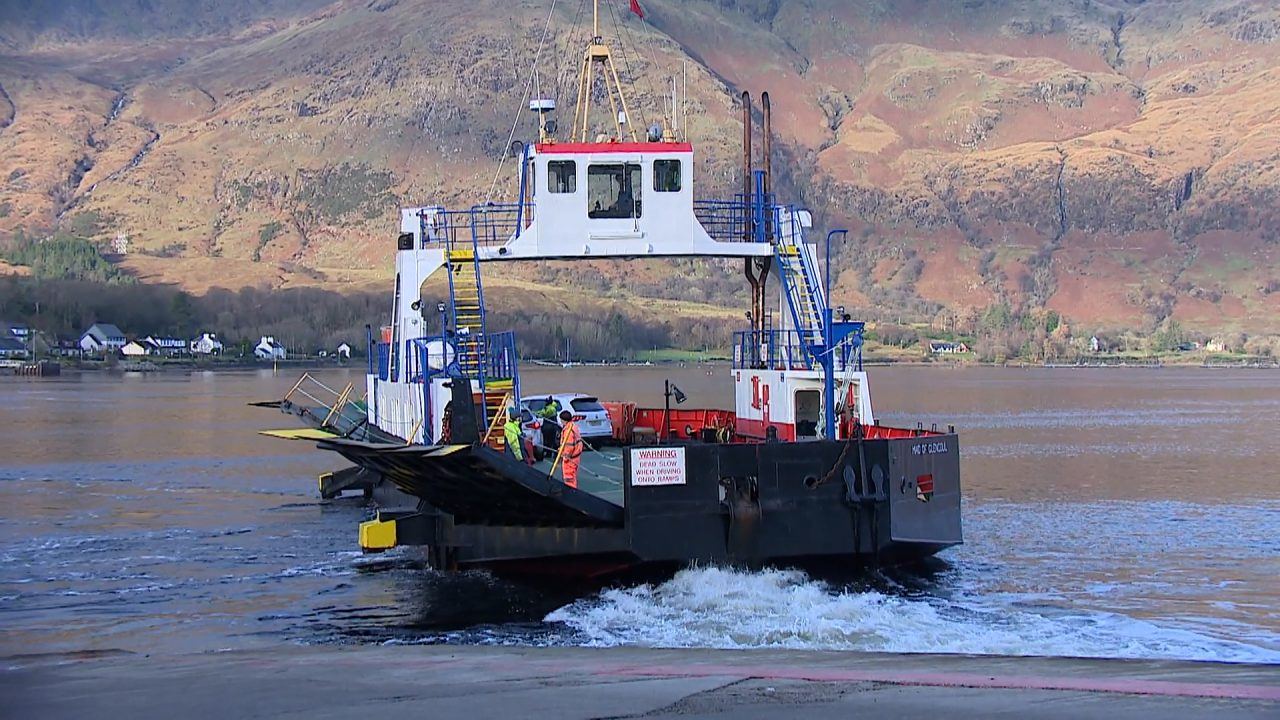 Communities reliant on the Corran Ferry are calling for a bridge or tunnel to protect the lifeline crossing.

Highland Council is in consultation to replace the current boats with two electric vessels – but residents say a more permanent solution is needed to protect the area for the future.

More than 500,000 people a year travel across Loch Linnhe on the Corran Ferry, the second most popular ferry journey in Scotland.

The route has been used for centuries, since drovers rowed cattle across the waters in small boats.

But the current vessels are nearing the end of their lives, with one boat almost 50 years old.

Instead of electric ferries, residents say they want a fixed link – a bridge or tunnel, with a local poll showing support of 80%

He told STV News: “For young people who want to go to college or work in Fort William or are coming to work here, a book of tickets will only last them three weeks. How can they afford that?

“That cost is only going to go up with electric ferries. A fixed link also gives us 24-hour access.

“There is the safety side of it – if paramedics need to get someone to Belford Hospital, after 9.30pm they have to drive round the road. That is around an hour’s journey on a single-track road.”

The local authority is running a series of consultations with communities but people who rely on the crossing say boats cost time and money.

Calum Boyd, who runs a haulage company, said vans and lorries often had to wait for two or three trips until there was room for them.

He said: “If they are sitting waiting to get on, that is a cost to somebody somewhere and it will get added on in contracts. Customers don’t like extra costs so there is big restrictions to running a business here, and for the tourist industry as well.

“We are actually living in medieval times with the service we’ve got here just now.”

Crofter Catherine Ann MacDonald, who was born and bred on the peninsula, fears that unless there’s a bridge, her 15-month-old grandson Connell’s generation will move away when they grow up.

She said: “If it stays as it is, I think communities will die out. Over time it’s been happening, since I was younger until today.”

The area’s local councillor Thomas MacLennan said a bridge would be ideal, but a lack of money means replacing the current ferries is a necessary stopgap.

He said: “Highland Council has approached government about getting funding for a fixed link and we’ve been told ‘no’.

“It has been treated as a Highland Council problem, but the Scottish Government has helped other communities. This community faces the same sort of problems.”

A Transport Scotland spokesperson said: “We are aware of work by Highland Council to consider a range of options for the current Corran Ferry and note they are now pursuing an upgrade to the existing ferries and harbours, but maintain a longer-term aspiration for a fixed link connection across Loch Linnhe.

“Given that the operation of the current service is the responsibility of the Highland Council, any decision to replace this with a fixed link and secure the funding of such would be a matter for them.”