Emergency services were alerted to the fire in Queensgate, Inverness, during the early hours of Wednesday morning. 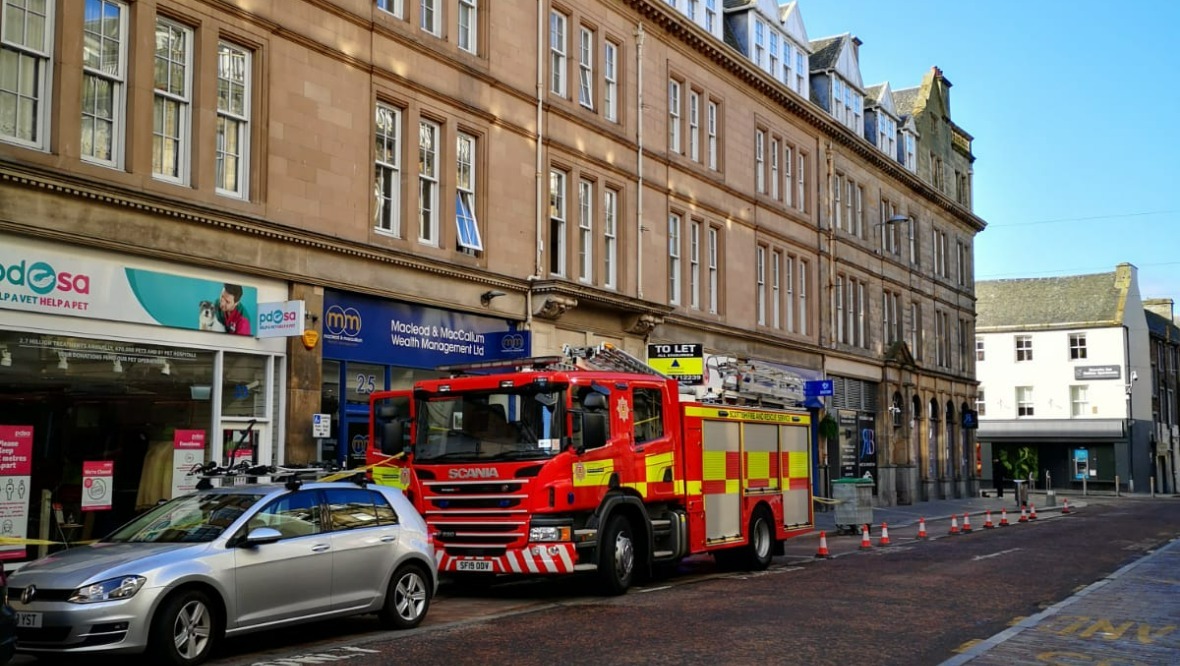 A man’s body has been recovered following a fire in Inverness.

Emergency services were alerted to the blaze in Queensgate during the early hours of Wednesday morning.

The Scottish Fire and Rescue Service (SFRS) said it mobilised four appliances to the scene at around 2.26am. One unit remains in attendance.

At around 8am, police confirmed the body of a 57-year-old man was found within the property.

Police closed the road and advised members of the public to avoid the area. It eventually reopened shortly after 9.30am.

Police Scotland and the SFRS have now launched a joint investigation to establish the cause of the blaze.

A force spokesperson said: “Around 2.50am on Wednesday, officers were called to reports of a fire within a property on Queensgate, Inverness.

“Emergency services attended, and the body of a 57-year-old man was found within the property. He was pronounced dead at the scene.

“A joint investigation with the Scottish Fire and Rescue Service to establish the cause of the fire is ongoing.”