The animals were spotted off Collafirth, Shetland, on a calm winter day. 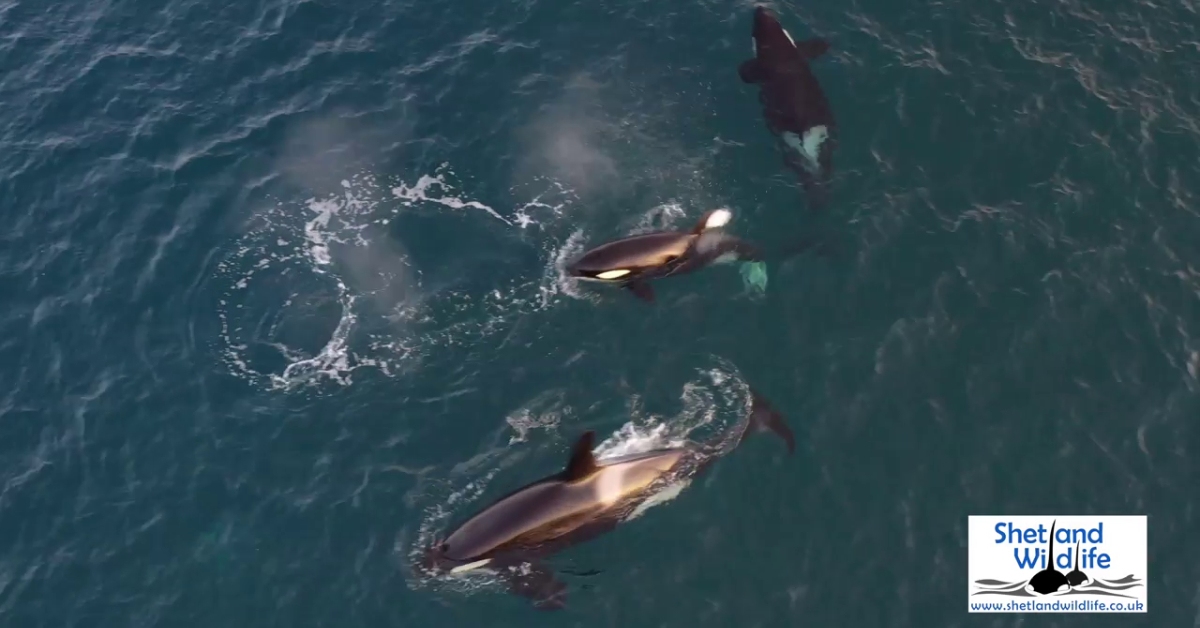 A lifelong lover of wildlife has told how an encounter with one of Scotland’s orca pods left him “buzzing”.

Hugh Harrop, who founded Shetland Wildlife, captured the moment on Tuesday when the 64s, a group of four killer whales, were spotted off Collafirth.

“It was special,” he told STV News, “As a naturalist, and somebody who has spent all my life studying wildlife, it’s there’s no better feeling being out among wildlife and apex predators like orcas.”

The 52-year-old could hear the animals blowing as they came up from air from 500m away because it was such an unusually calm winter day.

The 64s are one of three pods that visit the northern isles of Orkney and Shetland.

Along with other citizen scientists across the country since 2005, Hugh has contributed to the Scottish Killer Whale Catalogue identifying more than 200 individual animals.

He said gathering the data is vital for research and conservation.

“All marine life is under huge amounts of threat,” he said, “By citizen scientists recording them regularly, looking at pod structure, seeing other animals joining other pods, we’re really at the baseline of long term studyw with regards to what we know about these individuals.

“That information is gold.”