Chef rescued kitten then discovered it was a wildcat

Two friends found the animal buried in the snow only to discover it was one of the most endangered mammals in Europe.

A cat-lover rescued a tiny kitten only to discover the creature was actually a wildcat.

Chef Pete Macnab, 32 was out for a walk in the Cairngorms National Park, in the Highlands with his son, Alastair, aged 11 weeks, and a friend Piotr Peretko.

They spotted a group of sheep circling and as they drew closer the animals scattered, revealing a tiny tabby kitten lying in the snow in rural Dava Way.

The animal was unable to get back on its feet, so Piotr, 34, carried it three miles back to town, joking about the little creature being a wildcat, a rare species known to live in the area.

The cat resembled a domestic tabby but had razor sharp claws and the friends named it Huntleigh.

After it was left at the vets on Wednesday January 13, Pete began posting on local Facebook groups but no owner came forward.

Piotr and his partner began planning to get a cat bed and rehome the kitten – but the following day the vet, in Grantown, confirmed a specialist had identified it as a Scottish Wildcat.

Despite attempts to revive the poorly animal with glucose and hot water and a heated blanket, Huntleigh died on January 15.

There are only around 100 to 300 living in the wild and the species is the rarest in the UK and one of the most endangered in Europe.

After its passing, the two friends decided to start a fundraiser to raise £1,000 for a charity helping wildcats – which has raised more than £4,000.

They were contacted by the Royal Zoological Society which is part of the breeding programme, to say it had boosted their fundraising too.

Dad-of-three Pete said: “Piotr found him and picked him up, he was absolutely tiny, he must have only been a couple of months old.

“I grew up with cats and so did my friend who I found him with.

“At first we thought it was a domestic cat which had run away, it was absolutely freezing and it’s coat was matted from lying in the snow.

“My friend had a proper bonding session with it, he took it to the vet and I posted on local Facebook groups trying to track down the owner.

“He was looking forward to rehoming the cat if nobody came forward, they wanted to get him a cat bed, they phoned the vets and the cat was starting to revive.

“But due to his personality the vets began to suspect he was a wildcat.

“Specialists were saying ‘it’s amazing you managed to carry a wildcat for three miles without it ripping you to shreds’ – we had been joking it was a wildcat because its claws were like miniature razors.

“The next day we got a call saying ‘we are sorry the cat has passed away’.

“But it was the experience of a lifetime.” 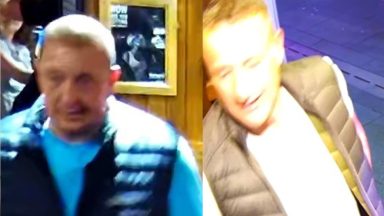