Charles samples dram of whisky on flying visit to Shetland

It was the first time Charles had set foot in the islands since he opened the Shetland Museum and Archives in 2007. 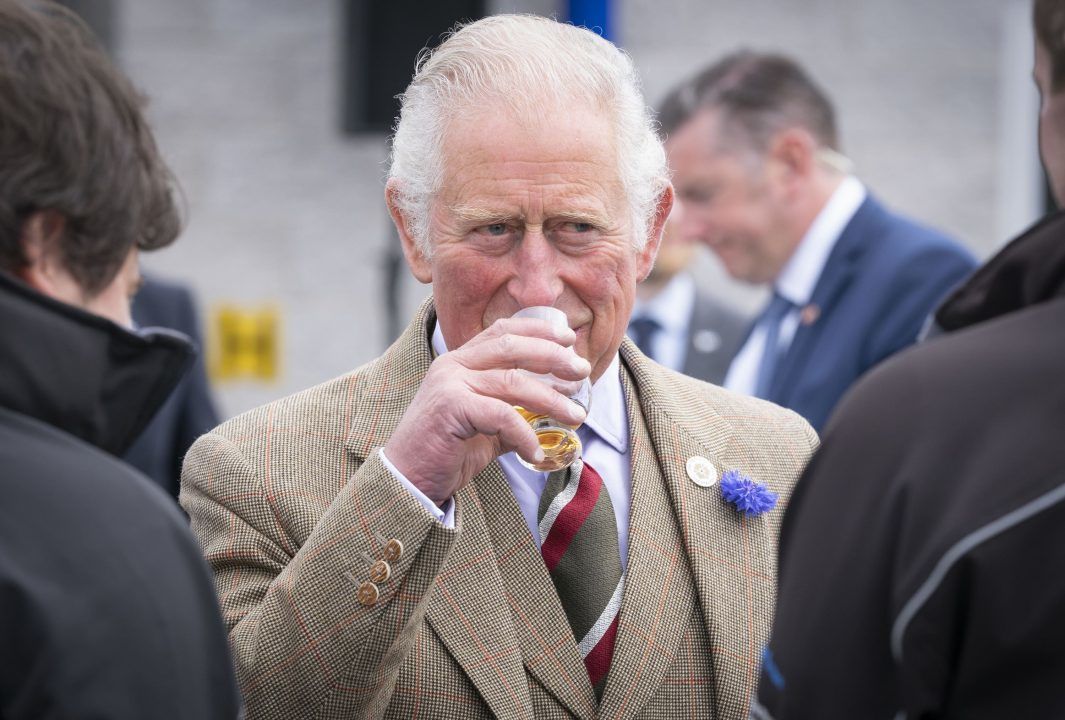 The Prince of Wales has paid a flying visit to Shetland, where he sampled a dram of whisky and praised the islands’ fishing industry.

It was the first time Charles had set foot in the islands since he opened the Shetland Museum and Archives in 2007, after two recently planned visits were foiled.

The trip concluded two days of engagements in the north of Scotland for the prince, whose title in Scotland is the Duke of Rothesay, after he spent Thursday in Caithness.

During the trip, he opened the new Lerwick and Scalloway fish markets.

The markets have been operational since the middle of 2020 and it had originally been intended for the prince to carry out the unveiling last summer but it was postponed due to Covid-19 restrictions.

He had also been scheduled to visit Shetland in 2019 but his aeroplane broke down, and he joked that it “used to be much easier to come here” when he was travelling on the Royal Yacht Britannia.

During his main engagement at the new Lerwick Fish Market, Charles observed fish landings, toured the facilities and visited the auction hall during a tour of the £7.6m complex, before sampling a dram of Scottish whisky.

Prior to officially unveiling plaques to open the Lerwick and Scalloway markets, Charles said it was a “great privilege” and the competition of the two facilities “reflects the fact that the fishing industry and its traditions remain a real cornerstone to the economy and way of life to the Shetland people”.

“It still remains, to me anyway, an amazing statistic to know that more fish pass through the Shetland Isles than England, Northern Ireland and Wales put together,” he told the industry figures and dignitaries gathered outside the fish market.

“I suspect many people don’t realise that.

“And it’s also wonderful, if I may say so, to know that Shetland is leading the way with its state-of-the-art electronic auction facilities. And unlike so many other fish markets, the auction system in Shetland links up to buyers across the world to sell its splendid fresh fish products.”

The Shetland Fish Producers Organisation’s chief executive Brian Isbister said it was a “great privilege” to welcome the duke, and the opening of the two markets “signifies a proud moment for all of us here”.

On the anniversary of the first landings at the new market, Lerwick Port Authority’s chairman George Anderson said: “It is a great honour to host the Duke of Rothesay’s visit to open both markets.

“The visit coincides with the anniversary of the first landings and marks what has been a successful, if challenging, first year due to Covid.

“The construction of the Lerwick Fish Market was the climax of a lengthy, co-ordinated programme of projects, involving dredging and building quays, designed to future-proof the market’s role in helping to sustain and develop the fishing industry’s contribution to the Shetland economy.”

Later in the afternoon, he paid a visit to Scalloway’s NAFC Marine Centre, which is in the process of merging with Shetland College to form a single college, Shetland UHI.

There he met students, staff and apprentices and saw research and engineering facilities, as well as experiencing the NAFC’s naval simulator, before meeting representatives from the Shetland RNLI.

Charles, who seemed comfortably at ease in the surroundings and engaged warmly with those he met throughout the visit, then rounded off his time in the islands by being shown around Uradale Farm by farmer Ronnie Eunson.

On Thursday, he visited Caithness and met volunteer beach cleaners on Scrabster Beach, patted some dogs at a vets and toured the newly restored House of the Northern Gate in Thurso.