Cancer patient dresses up as superhero for chemotherapy sessions

Veronica Young raised thousands of pounds for charity by donning the disguises such as Wonder Woman and Batgirl. 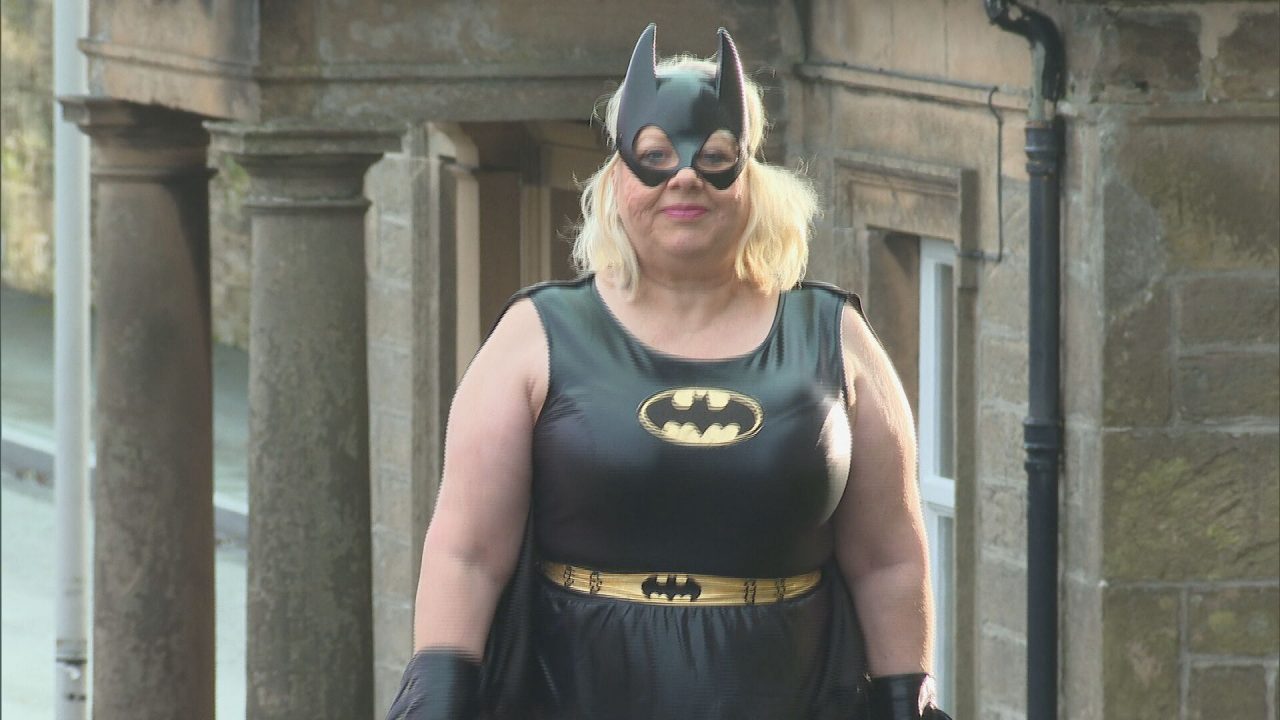 A woman undergoing treatment for breast cancer has been helping others by dressing as a superhero for her chemotherapy sessions.

Veronica Young, from Moray, has raised thousands of pounds for charity by donning the disguises of characters such as Wonder Woman and Batgirl when she attends Dr Gray’s Hospital in Elgin.

Now halfway through chemotherapy, the 58-year-old attends each session dressed as a different character lifting the spirits of fellow patients.

She says she knows everyone with cancer deals with it differently and being a superhero is her own personal way of coping.

She says “On September 29, I was diagnosed with breast cancer; it was actually the tenth anniversary of my dad dying of cancer and I suddenly realised that I wouldn’t be able to do the New Year’s Day Dook that I had done the last couple of years for MacMillan Cancer in memory of my dad.

“So I thought, ‘What can I do instead?’  I decided on the spot – without thinking it through! – that I would dress up as a superhero for each of my six chemotherapy sessions and raise money for various charities that were close to my heart.”

“Life is too short to hesitate, and I always put a positive spin on everything.”

Former RAF civilian worker Vron, as her friends know her, recently took on a new role at charity Walking with the Wounded, supporting military veterans. She says her own experience is helping to bolster her clients too.

She says “Even sharing the news about what I was going through has raised their positivity, and it’s raising awareness of breast cancer screening as well. I have had one friend that didn’t take up the screening so she’s now contacted the NHS where she lives so that’s really amazing.

“So I would encourage people to go to the screening, because I had no idea there was anything wrong with me, it was a routine check that picked up what I’ve got.”

So far Vron has dressed as Wonder Woman, Batgirl, Supergirl and as an Elf at Christmas time, raising money for MacMillan, Walking With The Wounded and a number of RAF charities.

She is soon due to undergo surgery and says she has a few more outfits up her batwing sleeve yet.

Veronica says “You are sitting in a room with chairs all around the side and everyone just smiles at me all the time and it’s fabulous. And it helps me get through the five hours I am there as well. You can see them chuckling, thinking ‘Who is this mad woman in a Supergirl outfit?!’

“It’s amazing how being positive just lifts you.”