California Gals: Women aim to change the face of skateboarding 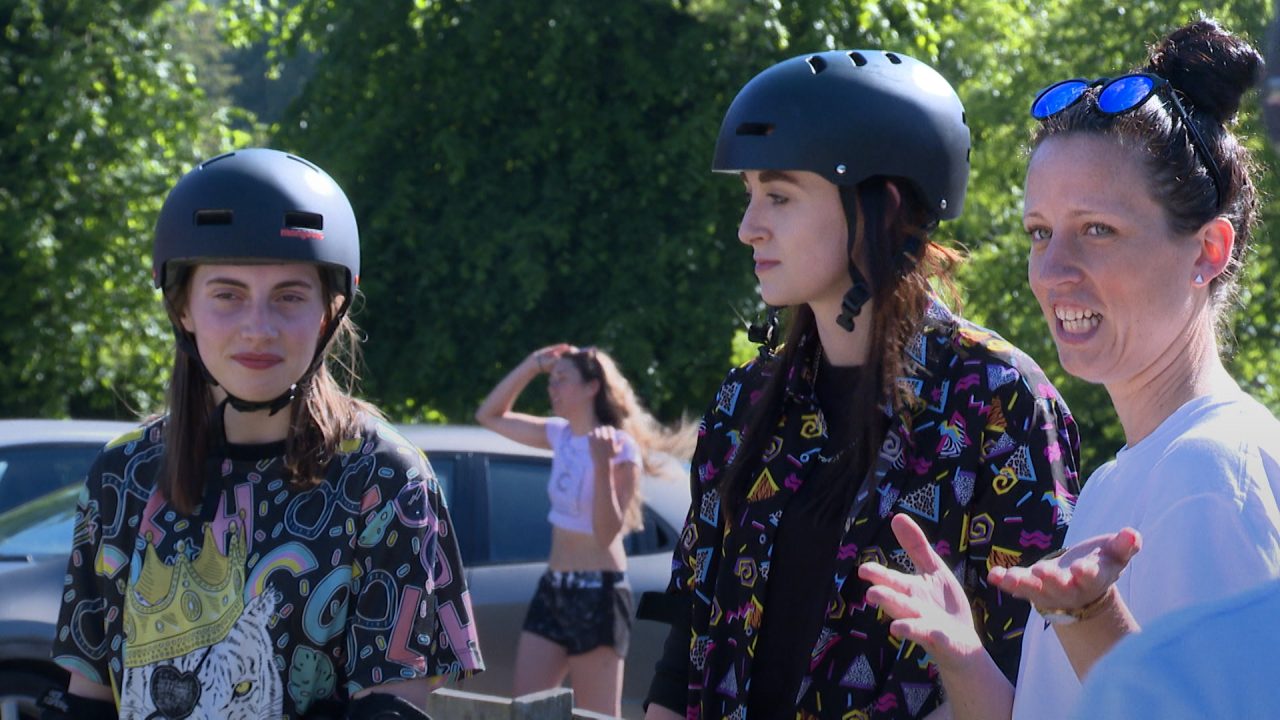 A group of women are hoping to change the face of skateboarding after forming a new club.

Highland Skate Gals encourages over 18s to try out a board for themselves and provides loans of equipment, including pads and helmets.

Having originated in California in the 1960s, skateboarding is now an Olympic sport, and has grown even further since 13-year-old Sky Brown won bronze for Great Britain at last summer’s Games.

Ann-Louise Breaden, who organises the meet-ups in Inverness, said: “I started skateboarding two years ago in my mid-30. I had a couple of lessons and loved it.

“I came along to the skatepark, but did notice there was a lack of women or girls – there was a great community of male skateboarders and I thought it would be awesome to get more women trying the sport and enjoying it like I do.”

The group meets every Saturday morning at Highland Skate Park in Inverness and, after a successful start, is hoping more and more girls will help carve out their own spots on the ramps, ledges and rails.

The charity which runs the facility said the sport was proving so popular that it was now campaigning for an indoor park.

Alasdair Campbell, vice-chair of the Highland Skate Parks Association, said: “It is sorely needed – the next nearest indoor park is in Aberdeen, which is two hours away.

“Six months of rain in the winter is just not enjoyable.

“The timing of the women’s skate meet-up is perfect – women’s skateboarding has definitely been on the rise here for the last year – it was naturally getting more popular and then the likes of Sky Brown in the Olympics added fuel to the fire.

“All of a sudden, more and more people are coming.”