Business leaders get on their bikes for 500-mile charity ride

The 40-strong group will take on the charity challenge over five days in September. 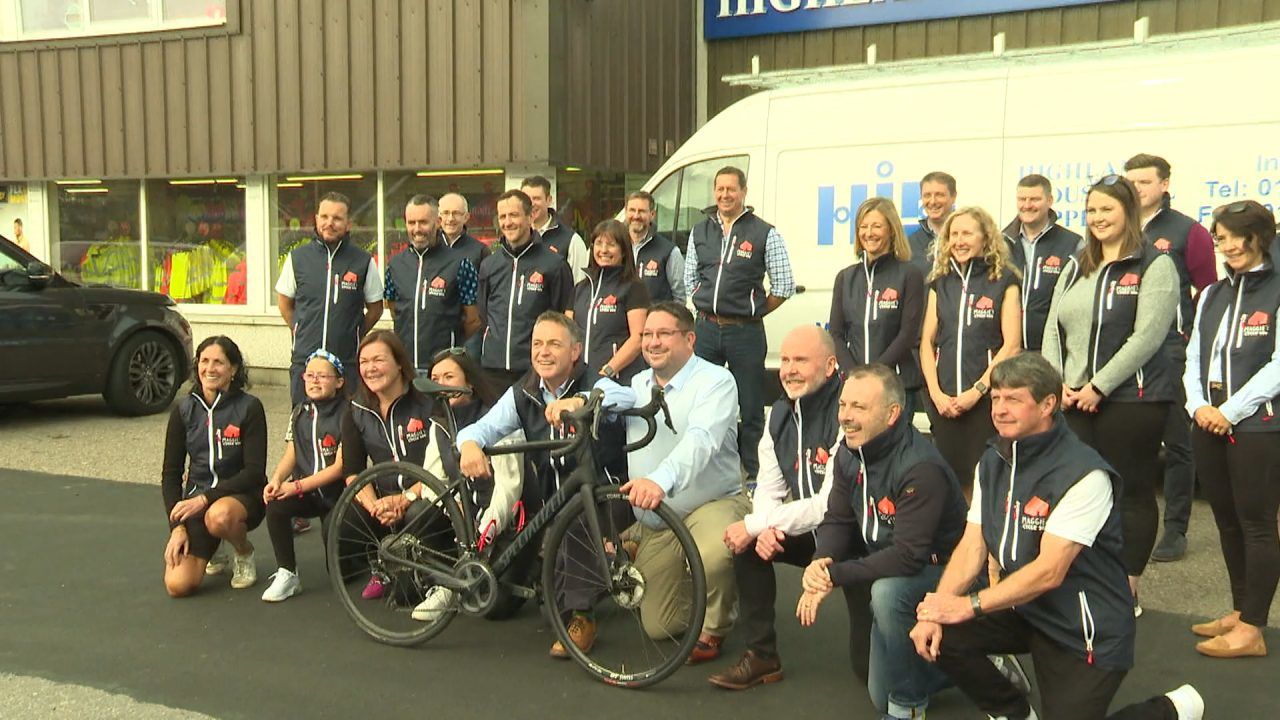 A team of 40 Highland business leaders are getting on their bikes to take part in one of the world’s toughest charity cycle rides in aid of a local cancer charity.

They’ll take in some of the area’s highest roads, including Glenshee, The Lecht and the Cairngorms.

Organisers hope to raise more than £200,000 for the local Maggie’s Centre and say it’s great to regroup after the pandemic forced them to postpone the challenge last year.

Andrew Benjamin from Maggie’s Highlands said: “The event idea came about from Willie Gray from the business community in the Highlands who wanted to raise some money for Maggies.

“We wanted to do a challenging cycle and challenging it is, by taking 500 miles over five days across some of the toughest terrain in the Highlands.”

Willie Gray added: “I’ve never seen such determination in the folk that are taking part.

“The cyclists have been mind blowing, they’ve just dug in and got on with it.