At the time of the disaster there was no emergency tug cover, which may have helped prevent the Braer from grounding. 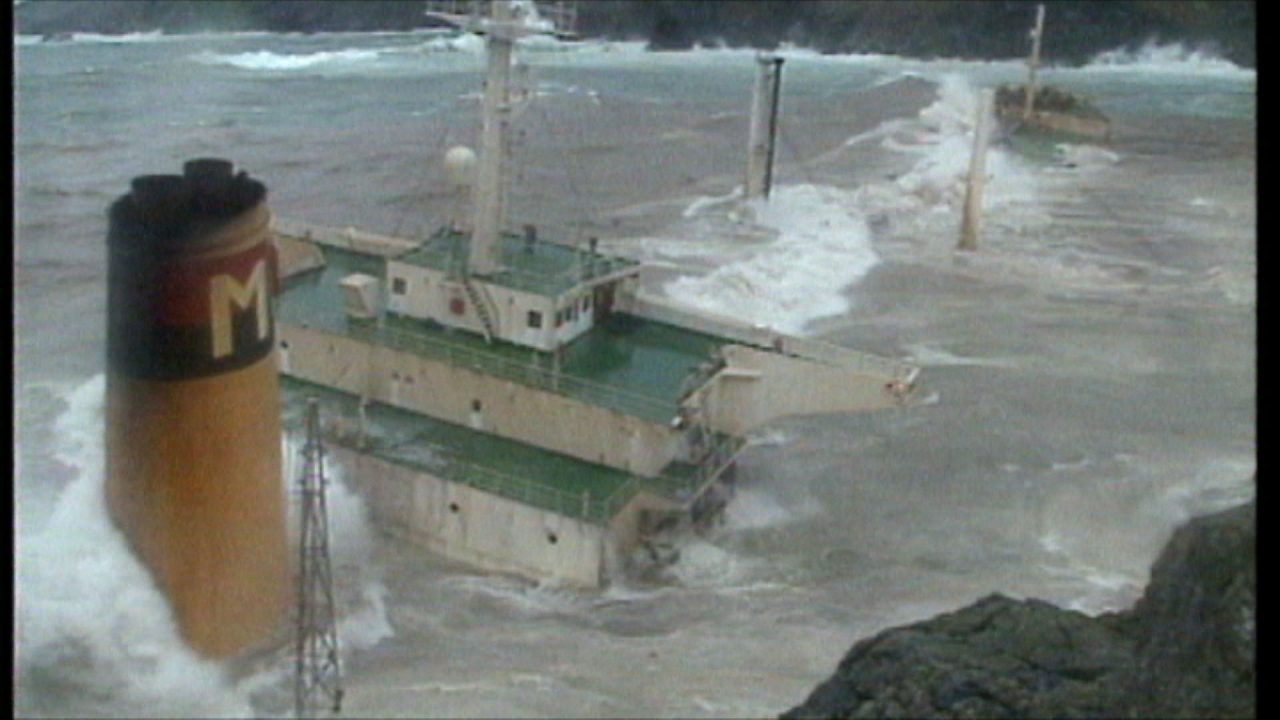 Thirty years after the grounding of the Braer oil tanker in Shetland, there are warnings that further safety measures are needed to prevent such an incident happening again.

The vessel lost its cargo of tens of thousands of tonnes of crude oil in January 1993, sparking a major clear-up operation amid fears of an ecological catastrophe.

At the time of the disaster there was no emergency tug cover, which may have helped prevent the Braer from grounding.

Shetland is now served by one emergency tug vessel – but there are claims this isn’t enough.

George Sutherland, who was Shetland’s marine operations director at the time told STV News: “Because of the area that we cover, the tug can’t be everywhere at once.

“And the way the world is of course, if there is to be an accident, the tug will not be in the right place when we need it.

“There’s still a lot of tanker traffic around here, both from the offshore oil fields from the Norwegian terminals, heading largely west and south into Europe.

“The risks are always there, and as we know, if it can go wrong, it will.”

The Maritime and Coastguard Agency said: “The suggestion that only one Emergency Towing Vessel (ETV) is not sufficient is not supported by evidence from the past five years.

“Studies commissioned suggest that the provision of a single vessel is adequate in Scotland given the traffic density across the region and reviews of provisions are regularly undertaken to ensure the most appropriate resources are in place,”

On the morning of the January 5, 1993 the ship lost power after a pipeline on deck broke loose.

Hurricane-force winds then forced the vessel aground onto the south tip of Shetland.

Helpless and stuck on rocks, the raging power of the sea left the tanker pouring eight-five thousand tonnes of crude oil from its ruptured tanks.

“I was in the control room at Sullom Voe pretty quickly after that and I think I realised within half an hour – oh yes, this is definitely going to be our problem.”

As the Braer’s hull broke up it was impossible to stem the flow of oil.

Farmer Jim Budge feared for his livestock and his livelihood.

“Once the oil started to come ashore with the higher winds, we were advised to remove our sheep before the contamination of oil in the grass.

“It was a bit of an ordeal due to the high seas and water was completely covering the oil. At times the sheep were swimming.

“Everything was covered in oil. When you looked at the windows they were streaked with oil. If you licked your lips you could taste oil on them.

“For a time it was quite horrible.”

The world’s media descended on Shetland as the grounding threatened an ecological disaster.

Helen Moncrieff was 16 at the time of the disaster. She helped with the wildlife rescue and recovery effort.

“At the time  it was awful, collecting up dead birds and birds that had been oiled,” she said.

“At times you felt pretty helpless when you were seeing so many dead and suffering animals.”

Although the ferocity of the storms helped to avert any long-term environmental damage, it’s claimed that the lessons learned must not be allowed to fade into history.