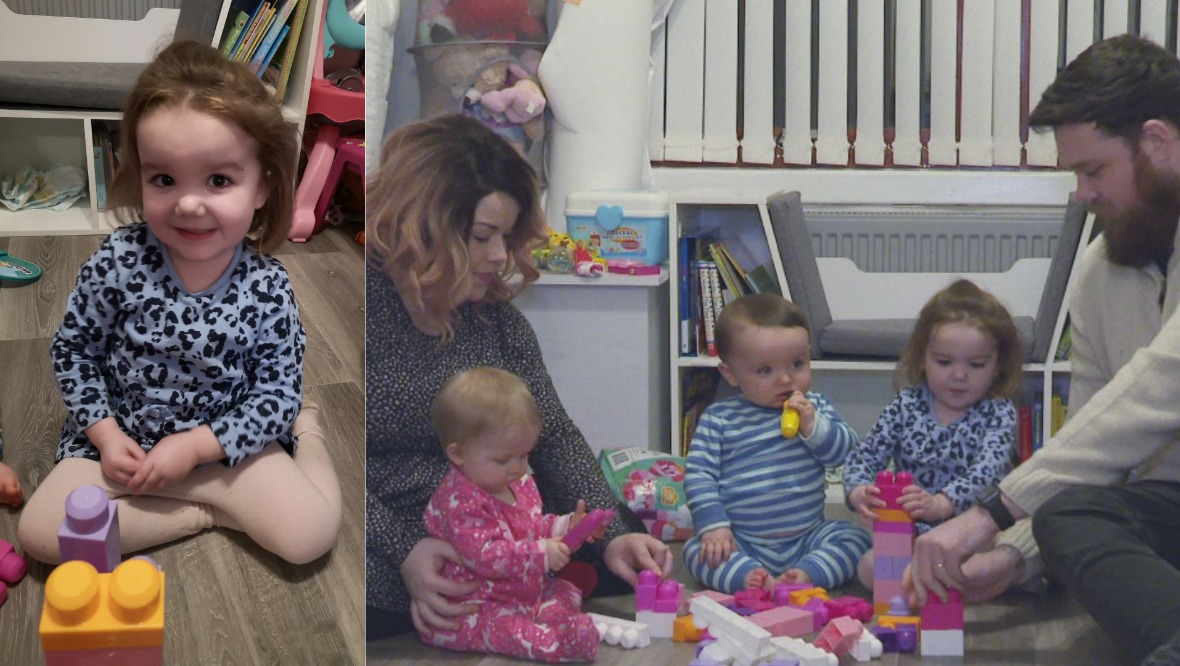 A Highland toddler at the centre of a worldwide search for a bone marrow donor will begin treatment this week after a match was found.

A race against time began last year to try to save the life of three-year-old Adeline Davidson, from Alness, who suffers from a rare blood condition.

Last year almost 1000 people registered or turned out at an open drive in Inverness to try to find a suitable donor.

Over the past few months Adeline has required a blood transfusion every week to help her survive.

It had been thought she had a rare type of blood cancer, myelodysplasia. Further tests have been unable to properly determine a diagnosis, but her platelet count means a bone marrow transplant is her best opportunity to live a normal life.

Adeline’s parents, Jordan and Steph, were overjoyed when a match was found.

Adeline will now begin treatment this week in a Glasgow hospital, firstly undergoing chemotherapy to prepare her for the bone marrow transplant.

Speaking about her daughter’s donor, Ms Davidson said: “We are just so grateful it’s overwhelming.

“At the start of searching we only had a seven out of ten chance and they’re a nine out of ten match for Adeline.”

The family will have to spend weeks in hospital away from work, but the local community has rallied round to support them.

Mr Davidson said: “It’s been unbelievable, people we don’t even know have been giving up their own money and time to help us out.

“It’s been crazy really, we just want to thank everyone.”

The couple will also have their eight-month-old twins, Josie and Jude, with them as much as they can while Adeline undergoes treatment, keeping the family unit together.

“We don’t know what the best or worst case scenario is going to be for Adeline, we just have to go with it.

“It just shows you there are people out there who will sign up and obviously her match was out there.

“We are so grateful – thank you is all that we can say really.”

Ms Davidson has been documenting Adeline’s treatment on Instagram, with the page inspiring other social media users to sign up to the donor register.