Barney the humpback spotted off the Isle of Rona

The male humpback whale was first spotted between Rona and Skye on Monday evening. 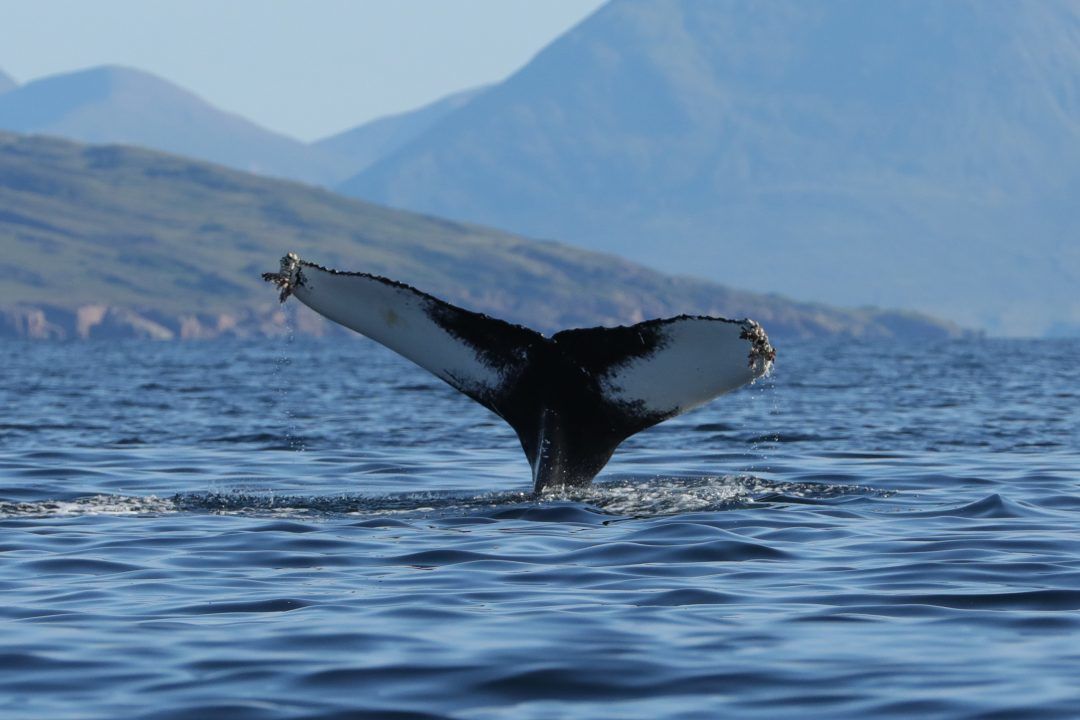 A male humpback whale was spotted by the passengers of a tour boat off the coast of the Isle of Rona on Monday evening.

Iain Cormack, from Stardust Boat Trips, said: “Our passenger, Cath Bain, was able to take amazing pictures of the mammal’s fluke, and from that, it was able to be logged against the Scottish Humpback Whale ID catalogue and was identified as being SCUK046BARNEY, a whale nicknamed Barney.”

Barney had only been spotted in Scottish waters twice before, off Coll in August 2020 and off the Firth of Forth in January 2021.

Mr Cormack said: “It was an incredible experience, not only for our passengers, but for myself and the skipper as well as we had never seen a humpback before.

“We spent around an hour with him on Monday evening and then a couple of hours on Tuesday evening as we picked him up again further south in the Sound of Raasay.”

Cath Bain told STV News about her experience: “We had a tip-off from a land-based watcher that there was a humpback in the area.

“We waited around 30 minutes and as we were heading away from the area, I spotted the blow of a whale to the north of where we were and when we went to look it was the humpy.

“It was a brilliant 40 minutes and truly a privilege.”