Transport minister Jenny Gilruth has promised £33m to maintain Kessock Bridge as it celebrates its anniversary. 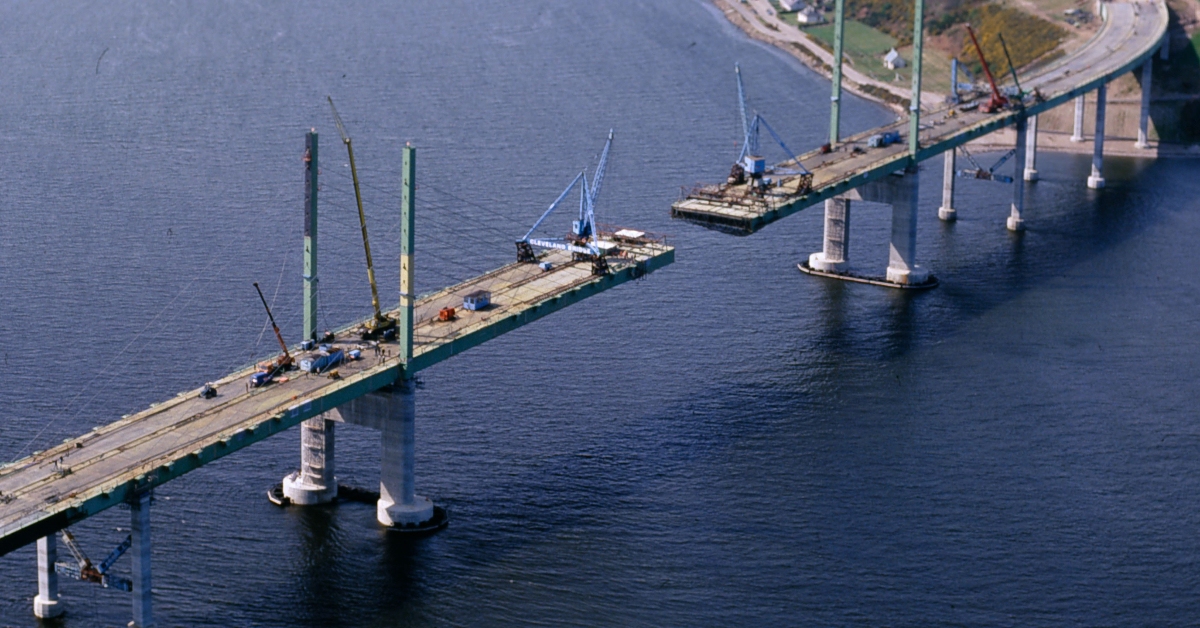 More than £30 million has been pledged to maintain an “iconic” bridge which plays a “vital role” in Scotland’s road network.

Transport minister Jenny Gilruth said the Scottish Government “will invest £33m in the years ahead” on the Kessock Bridge.

She spoke out as previously unseen archive photographs showing the bridge’s construction were released ahead of the 40th anniversary of it being opened.

The bridge, which forms part of the A9 between Inverness and the Black Isle, was formally opened on April 6 1982 by the Queen Mother.

The crossing over the Beauly Firth is some 1,056 metres long, and took four years to build at a cost of about £25m – the equivalent of more than £100m today.

The cable-stayed bridge was given a Saltire Society civil engineering award in 1983 and was listed as a Category B structure in 2019, recognising the its unique architectural and technical features.

To mark four decades since it was opened to vehicles, archive photographs have now been released showing its construction.

Speaking about the structure, Ms Gilruth said: “The Kessock Bridge has become an iconic part of Scotland’s road network, with 335 million vehicles estimated to have used it over the past 40 years.

“The crossing has not only helped to cut journey times but it has also been recognised for its technical and architectural merits, so it’s fitting that we mark its four decades of service.

“The Scottish Government will invest £33m in the years ahead to make sure the Kessock Bridge continues to play a vital role in the future.”

Stuart Baird, from the Scottish Roads Archive, said: “The Kessock Bridge has become a much loved landmark both in Inverness and across the north of Scotland.

“Forty years on, it remains an impressive feat of civil engineering and one of the country’s most recognisable crossings.

“The Scottish Roads Archive is delighted to have unearthed previously unseen photos of its construction and we look forward to sharing them, and a few other surprises, on our website and social media channels.”

Eddie Ross, of Bear Scotland, the organisation responsible for the day-to-day management and maintenance of the Kessock Bridge, said they were “extremely proud to be the custodians of this iconic Scottish structure”.

He stated: “We’ve been responsible for an extensive maintenance and refurbishment programme since 2013 and the continuation of this, with major investment from Transport Scotland, will ensure the bridge operates effectively for many years to come.”