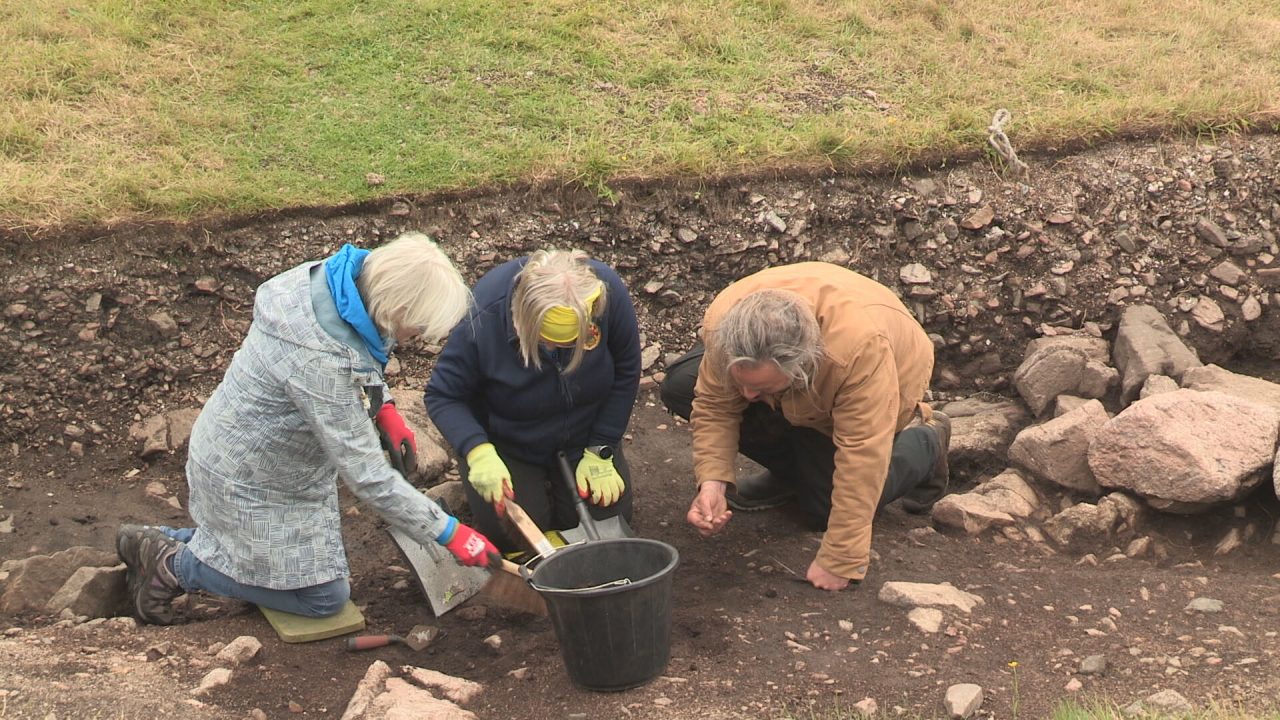 Items found during an archaeological dig near Stornoway have revealed people lived there thousands of years earlier than previously thought.

A team has been excavating ground near Lews Castle over the past two weeks, uncovering items dating back to 2000BC.

The discoveries have been described as “groundbreaking” and will now go on display at the Museum Nan Eilean.

While most history books telling the story of Stornoway begin with the Vikings around 800AD, the treasures date back nearly 3,000 years earlier.

“We thought there would be lots of medieval fortifications, musket balls and things like that, but instead we found lots of Neolithic artefacts such as flints and stone arrowheads,” said archaeologist Ian McHardy.

“It was really unexpected and suggests that people were sitting here making these things. These artefacts would’ve been used as tools, for hunting and gathering.”

The dig was organised by the Stornoway Trust, which enlisted eager volunteers who found the project fascinating.

One of those who took part, Fiona Bruce, said: “These items tell a story about these people who were scraping a living, building shelters and hunting or fishing.

“It’s really interesting to see the things that helped them live on this island, which can sometimes be a challenging place to live with the harsh weather.”