Holly Scally from Newton Mearns has made to it the battle round of The Voice singing contest. 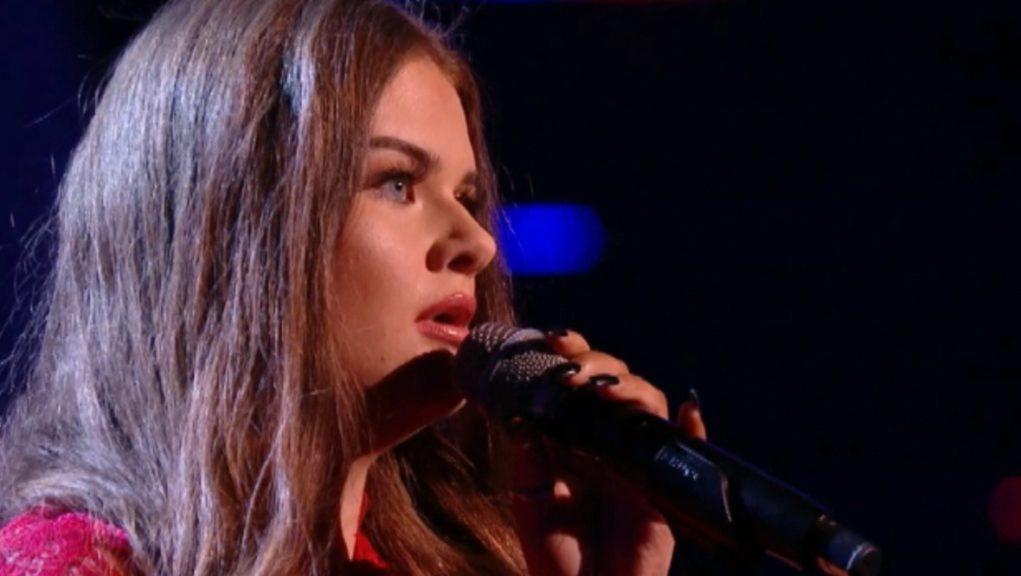 A Scots schoolgirl has become the youngest contestant on this year’s series of The Voice – and has made it all the way through to the ‘Battle’ round of the competition.

Sixteen-year-old Holly Scally, from Newton Mearns, impressed the judges at her initial audition with a powerful rendition of Sam Smith’s ‘Lay Me Down’.

Tom Jones, Will.I.Am, Olly Murs and Meghan Trainor were delighted with her performance and Holly was selected to be part of ‘Team Meghan’.

“My family actually signed me up for the show as a secret,” Holly explains.

“I’m actually speechless. I can’t put into words how that moment felt, standing there in front of the judges.

“It was just the best thing in the world.”

Now her family, including twin brother Shea who is a professional footballer with St Mirren, are gearing up for her next appearance which will air in a few weeks time.

Holly’s proud brother said: “It’s taken so much for her to get to this point.”

“When she phoned me to say she made it through I was delighted.

“She’s worked really hard for this’.

The St Ninians High School pupil has juggled her studies for the last year with filming commitments for the show.

“She is definitely a role-model for other pupils at the school”, said her teacher Jonathan Cummings.

“I hope this experience not only gives her confidence – but inspires our other pupils too.”

“I think growing up in Glasgow, you never think you could do something like this” added Holly.

“But then Lewis Capaldi made it and it showed me that the opportunities are there. You can go out and do anything.

“When I watched the show back, I cried.

“It’s just something I never thought I’d do. But now all I want to do is sing.”

The Voice first aired in the UK in 2012 and previous winners included Scots firefighter Stevie McCrorie.

The next episode of The Voice will air on Saturday at 8.30 pm on STV.