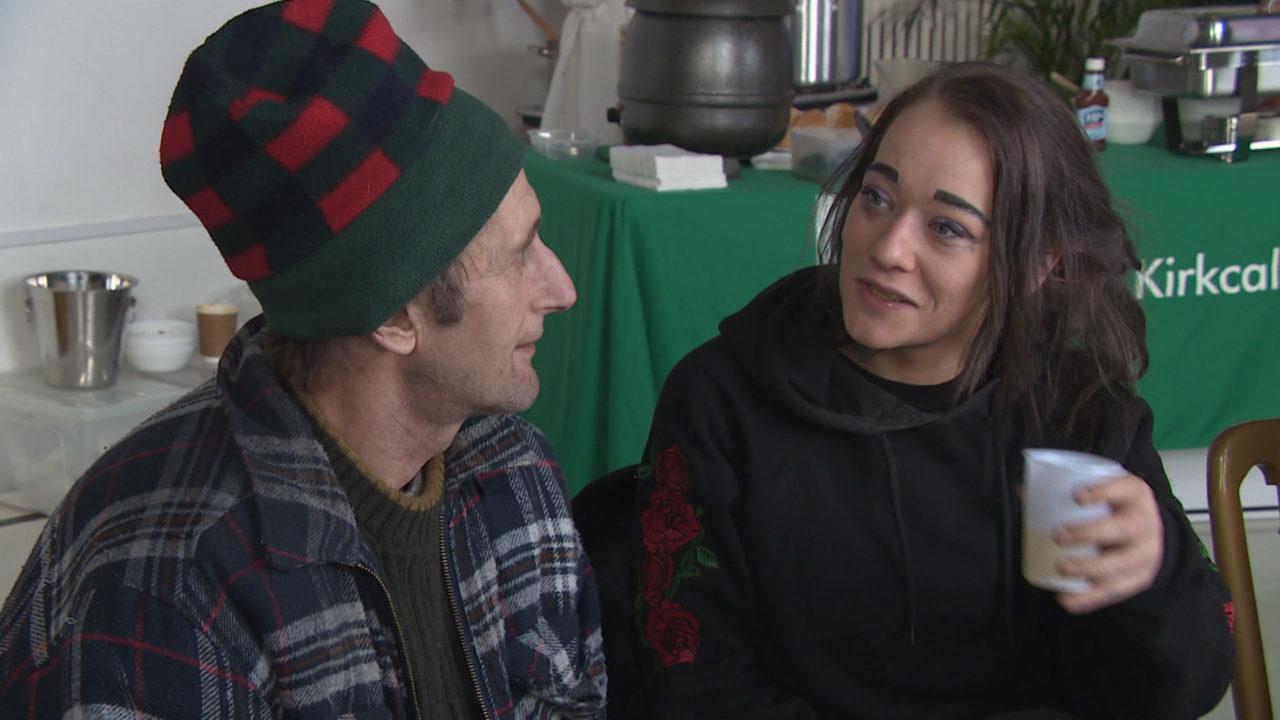 Life has thrown major challenges in the direction of Kerry Anne Meiklem.

She’s spent time in prison, while heroin addiction has robbed her of many things.

Now on methadone and trying to get her life together, the 29-year-old continues to face homelessness.

“I’ve had to sleep rough on and off since I was 16,” Kerry Anne says during a visit to the Kirkcaldy Kitchen, which provides hot food and drink to those in need.

“Last year, I was living in Fife, but then thought it would be good to go to Glasgow to live. But I ended up having nowhere to go and had to spend three weeks over Christmas and New Year on the streets.

“Those rows of sleeping bags you see on the news … they are people, I was one of them.”

The pop-up event at the King’s Theatre in Kirkcaldy also saw haircuts, hand massages and other support offered to homeless people.

Organised by the Co-operative Venture group, run by ENABLE Scotland and the Co-operative College, the group is made up of 16-30 year-olds with learning difficulties, disabilities and autism and aims to help them into education, volunteering, training and employment.

Around 30 homeless people gathered to use the services on offer during the three-hour session.

“I got the chance to get something to eat and got a hand massage which I really enjoyed,” says Kerry Anne.

“I got to speak to other people and it made a big difference to me. It made me so glad I came back to Fife. I’d just like to thank everyone, especially the young people for what they did for us, it is so nice to know they care.”

Liam Flinn, ENABLE Scotland/Co-operative College project coordinator, said their initial idea was for a pop-up shop, but as interest and support came in from the local community, the event grew.

“It has been amazing for them to bring their ideas to life,” he says. “It’s given them a focus and shows they can make a difference.”