The history behind the three sites Scotland have called home over the past 140 years. 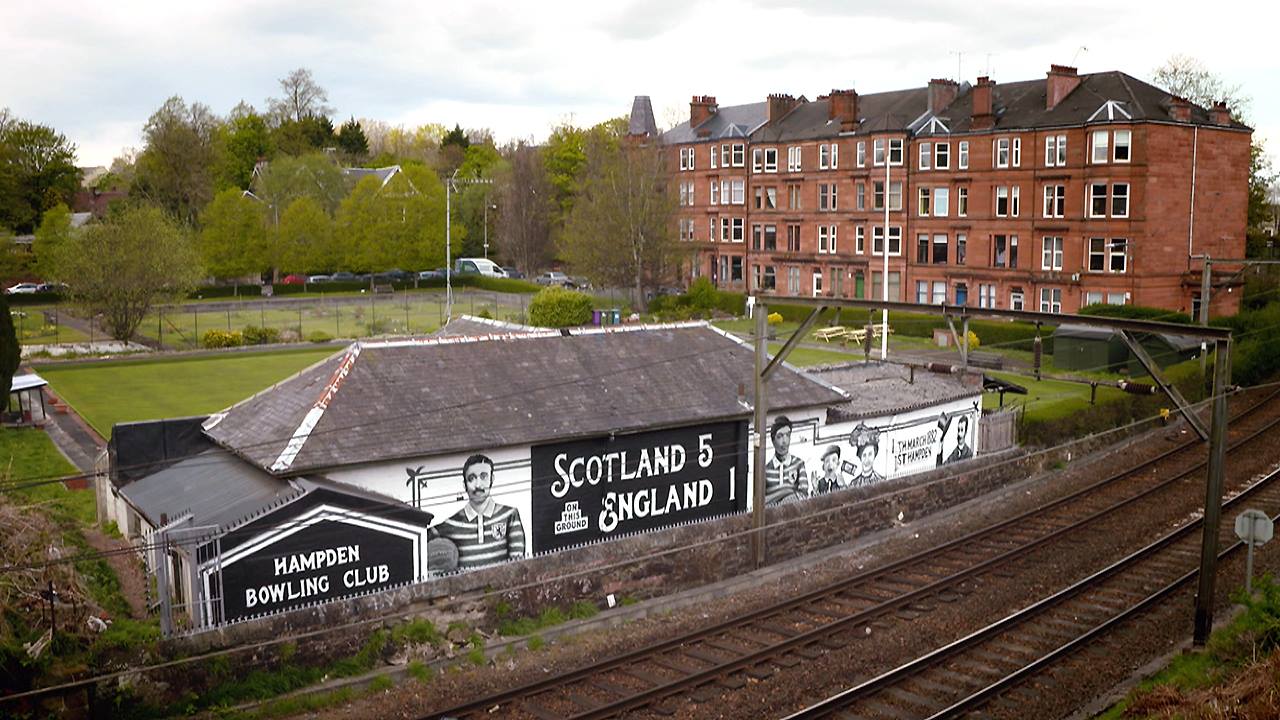 Scotland will be desperate to make the most of home advantage during the Euros by turning Hampden into the second ‘Tartan Fortress’.

That was the nickname given to the original home of Scottish football – one of three Hampdens used by the national team throughout their history.

Steve Clarke’s side have Hampden dates with Czech Republic and Croatia at Euro 2020, knowing that just one win might be enough to reach the knockout rounds.

Sadly, however, the Scots of the modern ages don’t boast quite the same home record as their predecessors of 1873-1883.

For that decade at the first Hampden in Glasgow’s Crosshill, the team went unbeaten, earning the stadium its intimidating moniker, with the standout result a crushing 5-1 defeat of England in 1882.

Graeme Brown, from the Hampden Collection, visited the original ground – now a bowling club – as part of the programme Scotland: We Can Boogie, which is streaming on the STV Player.

“The first Hampden was the world’s first enclosed, purposely-built football ground,” he said.

“Scotland played here from 1873-1883. It was coined the Tartan Fortress because Scotland were unbeaten on this ground.

“Scotland then exported that to the world, by coaches nicknamed the Scotch Professors, and that passing and running game is now watched and played by 3.5 billion people around the world.”

An archaeological dig is now underway on the site in a bid to uncover remnants of the original stadium.

Where was the second Hampden?

Scotland were forced to leave the Tartan Fortress because a new railway line was being built through the middle of the ground.

They – and club side Queen’s Park – moved 300 yards north to what would become Cathkin Park.

This would be Scotland’s home for the next 20 years.

In the first international match there in March 1884, Scotland beat England 1-0.

Parts of the stadium remain visible today with the terracing still partly accessible amid overgrown weeds.

“If you stand in that ground you will feel a presence of the footballers that have come and gone,” said Graeme.

The Hampden Roar was born

Game-changing Scotland goals are greeted with a joyous outpouring of celebration called the ‘Hampden Roar’ – known as such because it can be heard for miles around.

It dates back to 1929 when Scotland hosted England in the British Championship at the third – and current, although since fully refurbished – Hampden.

Scotland had played the entire second half with just ten men after Alex Jackson was taken to hospital with a broken arm and substitutes hadn’t yet been invented.

But the Scots pushed for a winner, which came in the dying embers when Alex Sheen curled a corner kick directly into the net.

The noise from the terraces was so loud that Jackson himself could hear it while being treated in the Victoria Infirmary.

The Hampden Roar was born.