Lily Douglas has a starring role on Strictly Come Dancing in her sights as she battles a rare cancer. 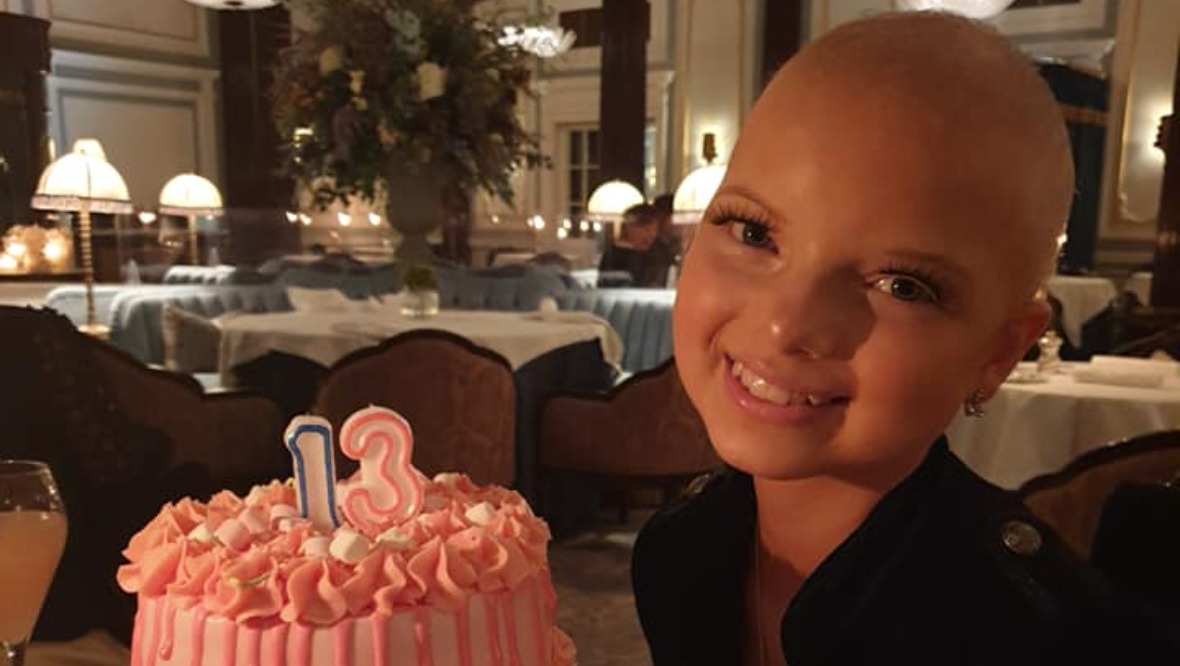 Lily Douglas celebrated her 13th birthday in style as a fleet of supercars drove her through the streets of Perth before cheering crowds.

Clearly no ordinary celebration, but one that was very much deserved for a young lady who’s been living with a rare form of bone cancer since 2017.

Battling Ewing’s Sarcoma, Lily recently ended up seriously ill in hospital after a stroke and is now taking part in a pioneering medical trial.

Lily has shown incredible strength over the years, dancing her way through her pain and keeping everyone, including stars such as her hero Lewis Capaldi, entertained on social media.

Her mother Jane told STV News of the summer evening this year that things took a turn for the worse.

“The night before she was dancing about, doing her Tik Toks,” she recalled. “We just went to bed and she just looked up at me and I was like ‘something’s wrong’ and she had had a stroke and lost her speech and lost everything. It was really heartbreaking. It was awful.”

Lily was determined to fight back and, within a few weeks, began to regain her strength and speech.

She said: “It was difficult at first but I’m good and I’ll keep on fighting.”

Lily has now been accepted onto a pioneering drug trial featuring just 50 children from across Europe.

Jane explained: “We didn’t even think she would last the night just a few months ago. We now are now doing a clinical trial down at the Royal Marsden.

“This is a year’s treatment and this is a brand new drug that’s really hopeful and has shown some good outcomes for people.”

Travelling to London every couple of weeks may be draining, but Lily doesn’t let that get in her way of making the most of the opportunity.

She said: “I was really lucky to get on this trial and I am really excited.”

She continues to get stronger each day but can’t yet walk, let alone return to her beloved dancing, but that’s very much her goal and one TV star is waiting to help make that moment truly magical.

Choreographer and Strictly Come Dancing star Arlene Phillips got to know Lily and Jane a few years ago and has stayed in touch with the family after being blown away by Lily’s dance skills.

She said: “She’s quite, quite exceptional and anyone who has seen her dance will know what a storyteller she is.

“When she’s standing, when she’s dancing. I want to make a piece for Strictly with her at the centre. This incredible little dancer deserves to dance on Strictly.”