Alan Stewart says its hard to race his cold climate dogs as temperatures in Scotland rise during winter. 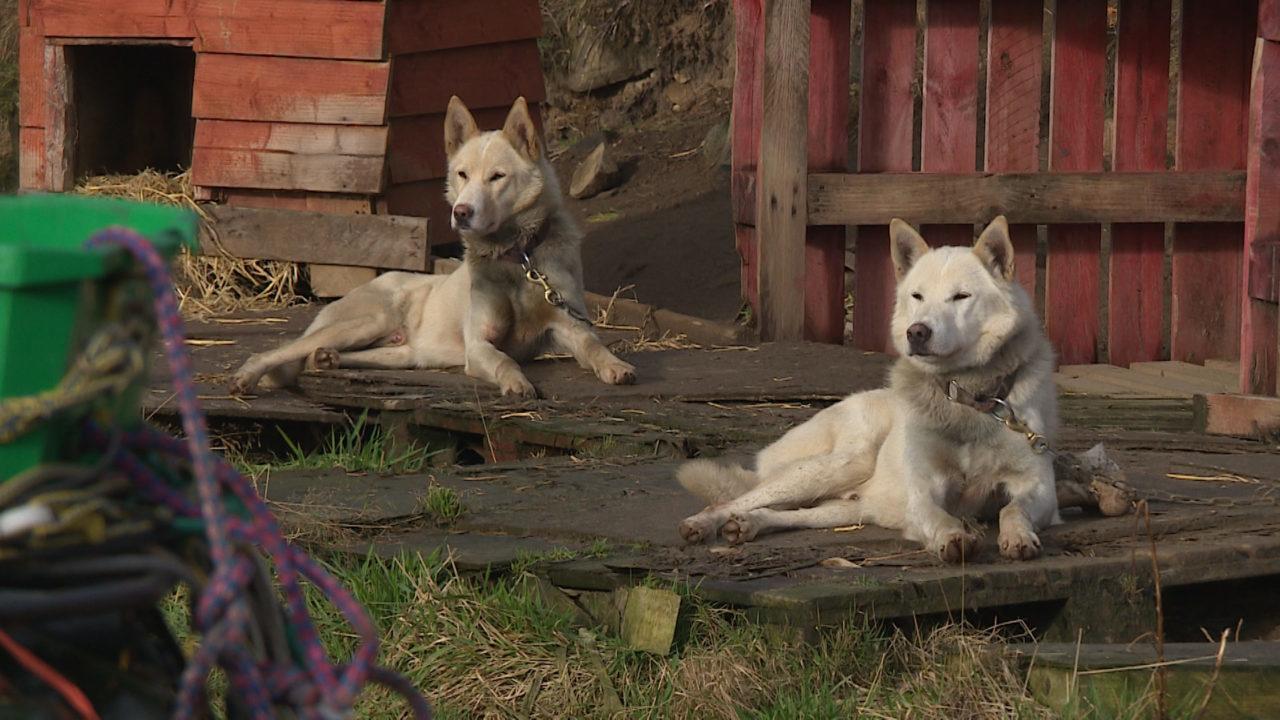 The owner of a Highland sled dog centre says climate change is forcing him to close his business after almost two decades.

Alan Stewart says even in winter it’s just too hot to run his dogs, predicting tough times ahead for Scotland’s ski centres.

His safaris in the heart of the Cairngorms near Aviemore have been a popular draw for thousands of tourists, including the likes of adventurer Bear Grylls.

But now Mr Stewart and his wife Fiona are hanging up their dog harnesses. They say climate change means it’s simply too hot for their pack of cold weather canines.

“We just don’t have the temperature; we don’t run dogs in anything over ten degrees,” explains Alan.

“The inner core temperature of the dogs is just horrendous in anything over that. Even though we are doing this full time, seven months a year, we are seeing a massive problem.”

Mr Stewart, who is also a deep sea diver, says he fears climate change is also impacting heavily on other industries which rely on winter weather.

“It’s not rocket science for the snow and the skiing – I live here, I am in front of it all. Even if you stick artificial snow there, it’s going to melt with the temperature and it’s going to cost lots and lots of money on snow machines and snow makers working off little streams.

“It doesn’t really trigger my idea of a ski centre.”

The country’s five ski centres have all been diversifying over recent years to offer year-round attractions, with many using snow factories to create the white stuff.

They say winter sports seasons have natural peaks and troughs.

At Cairngorm Mountain there were around 1500 skiers and snowboarders on the lower slopes in December and around 1000 in January.

But none of it would have been possible without the creation of artificial snow.

“Three years out of the last four, here we are in February and we are still not doing natural skiing so there is undoubtedly an impact.

“Skiing and snowboarding will always be an important part of the mix here but we’ve got to do more to attract the summer product offering and by that I mean more tubing, more things for the family market to do in the summer period.”

This weekend Alan Stewart will hold a celebration with sled dog experts coming from across the world to mark his achievements, looking back at when running his dogs on snow in Scotland was a regular occurrence, not a rarity.