Sean Batty: My first week of reporting the weather from home

I'd always wondered what it would be like to broadcast from home. Here's a highlights video of week one. 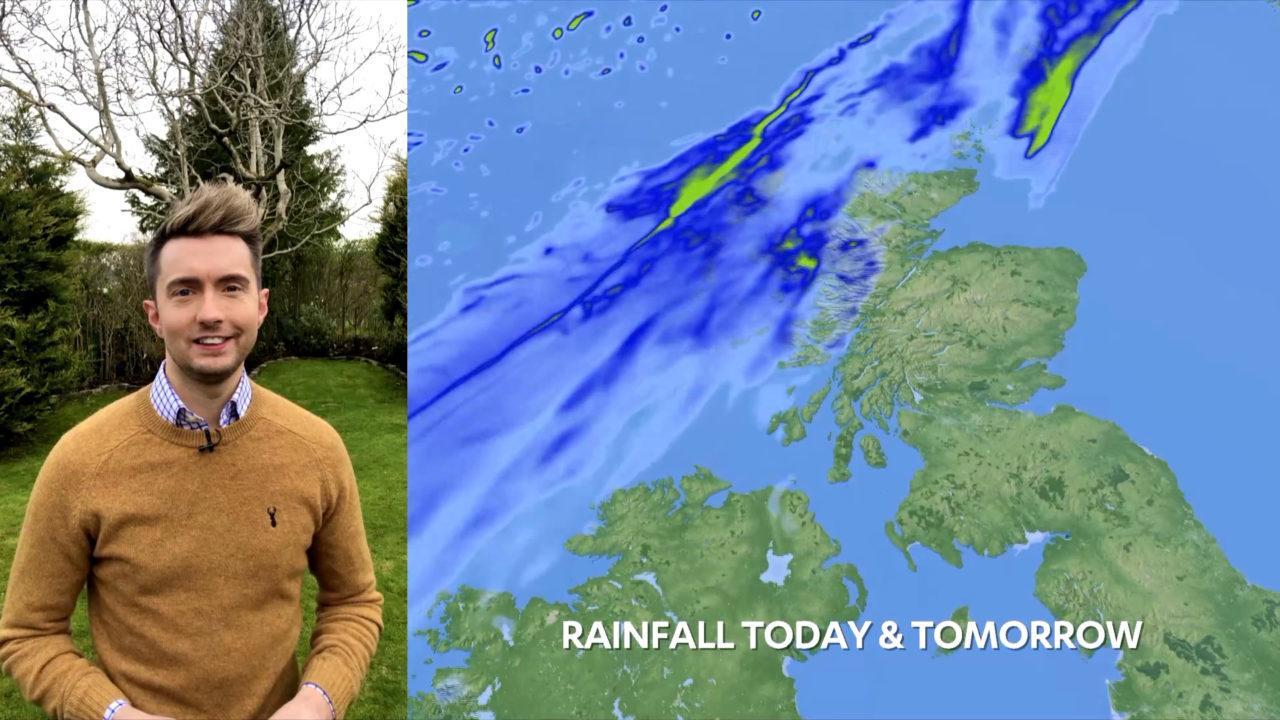 I’m sure many of you will remember the Beast from the East which brought record-breaking snowfall to many central parts of Scotland a few years ago, and it was the first time for many of us being able to work from home.

There were red weather warnings out urging people not to travel unless absolutely essential, rather like the situation we have at the moment, although back then most of the news team were staying in hotels locally to the studio.

Since then I’ve always wondered if it might be possible to broadcast from home if we ever got stuck in by another major weather event.

But this time, it’s not weather, but rather something that none of us could ever have imagined that’s keeping us at home.

So, last week I took the decision to bring the weather home, and it’s been a real challenge and a very steep learning curve.

Of course, I’m no longer in the comfort of the studio, in front of a green screen, with someone operating cameras and sound, and no longer have a director giving me a count in my ear to make sure I stick to time.

Now, I’m doing the forecasts from the garden and have the graphics running on a laptop which is perched on top of a pile of books, which are balanced on an old bird table.

I have a timer hanging from a tripod, a phone for filming, and sometimes a brolly resting on top of all this to protect the equipment from drizzle, which occasionally swings round in the wind and knocks over the tripod.

Sometimes the recordings are also interrupted by a dog bark, a hedge cutter, or on very, very rare occasions now, a plane taking off.

One of my biggest challenges, believe it or not, has been presenting – my actual job. On some days I feel like I’ve got the presenter’s version of writer’s block.

I actually feel really self-conscious working alone in my garden with a camera, but I don’t when I’ve got a whole load of people in a studio gallery watching me at work. I’m not sure why that is, but I can only imagine it’s because most of us thrive off having people around us in a working environment to help boost morale and give us confidence.

Viewers will have noticed that I’ve tried to change up the broadcast locations as much as possible, and some of the later broadcasts have taken on a sort of Val Doonican look, curled up by the fire in an Arran knit.

Harris, my little Cavapoo, has also featured in quite a few broadcast throughout the week too, and seems to have found himself a little fan base from some of the messages on social media this week.

I’ve had so many lovely messages this week, and it’s nice to know that some people have taken comfort from the home forecasts, and that’s made me smile. So, I decided to make a little video of highlights from the first week of working from home. Take care of yourselves and stay in touch.