Barclay Medical Centre in Fauldhouse has changed the way it works to make it more accessible to patients. 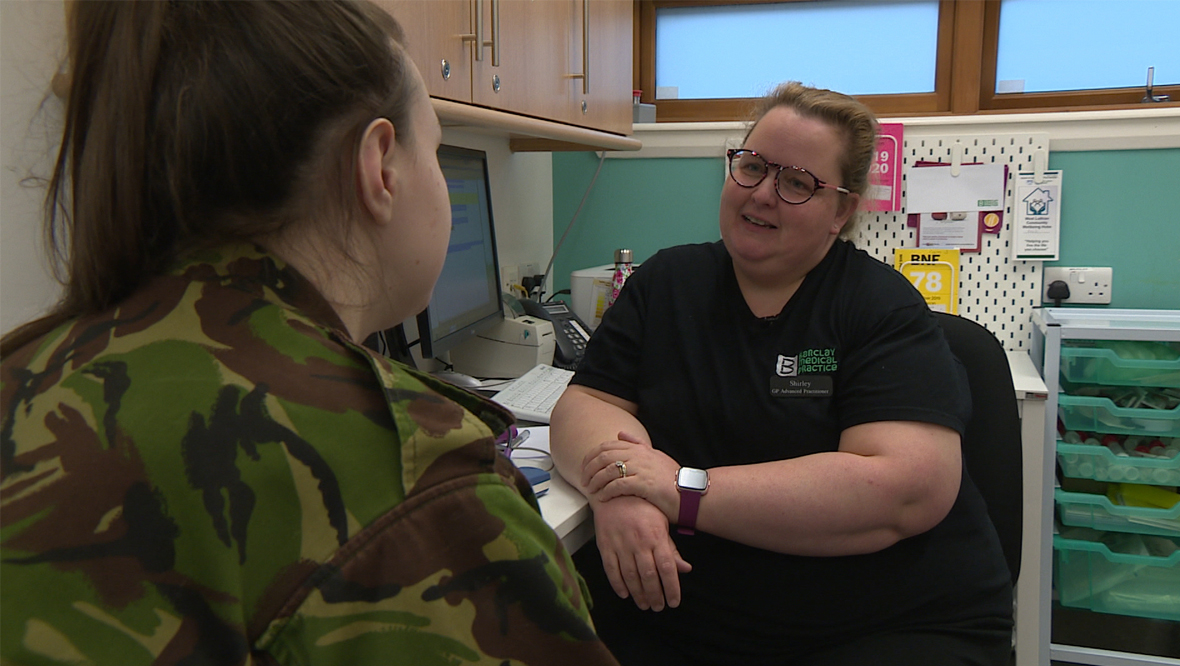 A GP surgery in West Lothian has changed the way it works in a bid to make it more accessible to patients and cut waiting lists.

Barclay Medical Centre in Fauldhouse found their location, half way between Glasgow and Edinburgh, made it difficult to recruit GPs.

And, with people queuing outside the door for appointments in the morning, the practice had to act.

So it changed its workforce structure.

This means for a practice of just over 5000, they can run with just five GPs.

Dr Des Spence helped implement many of the changes.

He said: “There’s a lot of talent in nursing and paramedics and pharmacy which has been undervalued I think in the past and untapped.

“My experience of broadening that base and having different clinicians has been amazing.”

Shirley Park is one of the advanced practitioners.

She was a nurse for more than 25 years, working in hospitals and out-of-hours services before undergoing further training.

She said: “We’re not the be all and end all but what we can do is see a vast majority of people who present to the GP and be able to give them that access.

“I suppose we are the mainstay in a lot of places, we’re the people who work full time and we’re the ones that get to know the patients.”

The practice previously had queues out the door at 7:30am with people waiting for an appointment. Many would not have been seen that day.

With GP practices at the frontline of the NHS – Dr Spence knew how important it was that the service was accessible.

So instead of running with too few GPs, they restructured and are now advanced nurse practitioner led.

He said: “It’s been transformative. It’s meant that we have been able to deliver the access that people want and give people appointments on the same day.

“Change is always difficult for people and people are always a bit suspicious of change but most of general practice is about personality, it’s also about continuity and I think once people get to know the advanced practitioners, albeit the nurses or paramedics, they are very accepting of it.”

But there are still challenges, even within a system that, for this medical practice, seems to be working.

Ms Park said: “A lot of the time patients don’t know what we do but it’s a perception because the “old system” was that you saw a doctor.

“But we just don’t have the same amount of doctors on the ground. If we can be there to give the continuity care to the patients then that has to be a good thing.”

The changes at the practice has also resulted in fewer patients using out of hours and A&E services.

Ms Park added: “There are a lot of people who pitch up at A&E who shouldn’t be there. Who could go to a pharmacy or use self-care, the NHS inform website which is there for the instant thing.

“We live in a very instant world and we want everything fixed now and often that’s not the way it works.”

Other changes at the practice include increased use of technology and less paper based documents.

All patient records are on the computer rather than paper files and texts are used to show patients appointment times and update them on results.

All of these measures are allowing the practice to run more productively.

Dr Spence added: “I don’t think we have spent long enough looking at how primary care is organised because if you can make things 5%, 10% or 15% more efficient that makes a huge difference to the day to day. And actually you can do that quite easily.”