Seven players hope fans will scrum to see them like they've never been seen before. 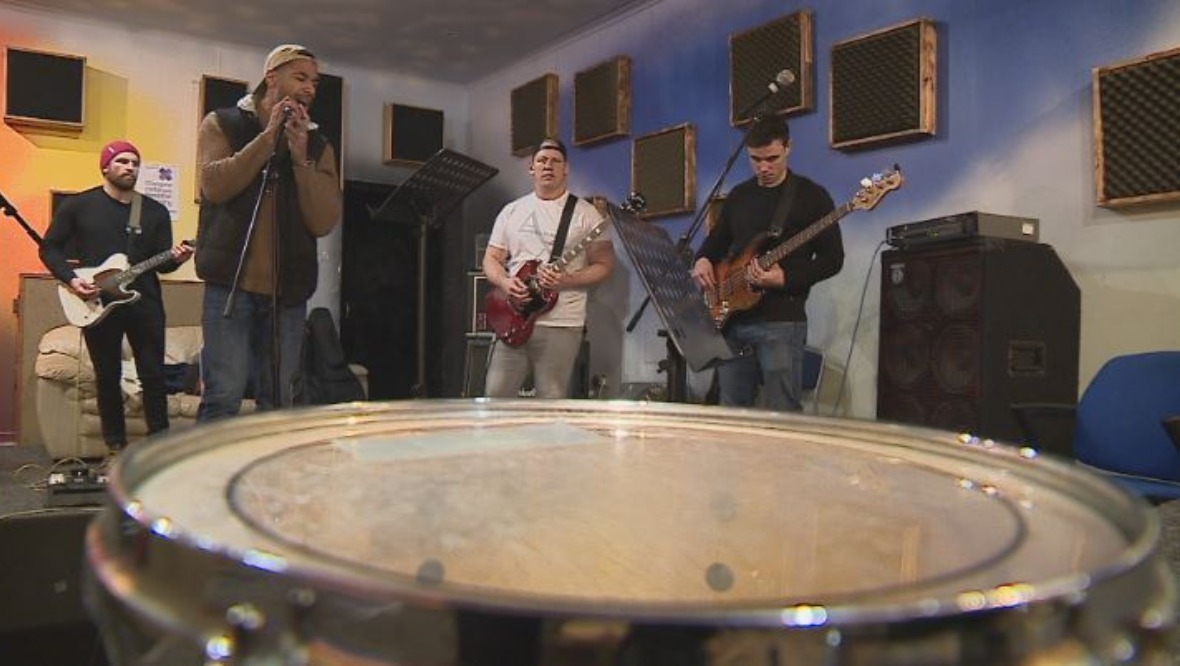 They’ve played on the biggest stages against the world’s best, but next month a totally different challenge awaits seven Glasgow Warriors rugby players.

The players initially started playing music together for a bit of fun last year, but it soon grew arms and legs.

Lead vocalist Wilson told STV: “At first it was just a few boys messing about with guitars in the boot room at Scotstoun. Then, slowly, Shizz the kitman (Douglas Mills) brought in a drum set and it grew from there.

“We started to get the idea of doing something for charity and here we are.

‘’I’ve been brought in for the rock songs because you don’t actually have to sing – you just scream!”

He joked: “We’ve got a few guys with soulful voices like Ratu and Aki.”

Asked if he felt any added pressure being lead vocal, he said: ‘’It’s stressful. There’s pressure. A lot of pressure. Far more pressure than being on a rugby field.’’

The band – which doesn’t yet have a formal name – will perform a wide range of music. They’ll belt out numbers from the Red Hot Chilli Peppers, Coldplay and Amy Winehouse amongst other eclectic tunes.

The sell-out gig will take place in the Hard Rock Cafe in Glasgow on Saturday, February 15,  with proceeds going to the city’s Children’s Hospital Charity.

Around 300 tickets were quickly snapped up online, as assistant coach/player Petrus du Plessis explains: ‘’We sold out in around 10-12 minutes which is brilliant. There are a lot of people who wanted tickets but couldn’t get them.

‘It’s a chance for us as Glasgow Warriors players to get the squad together with the fans. We can all mingle and enjoy a bit of rock and roll music and have a good time.’

“It’s a chance for us as Glasgow Warriors players to get the squad together with the fans. We can all mingle and enjoy a bit of rock and roll music and have a good time.’’

When it comes to lifting the guitar or beating the drums, some of the band members have more experience than others.

Callum Gibbins studied music at Inglewood High School in New Zealand and has already been in a couple of bands, while Adam Ashe took up drumming as a teenager at school.

Often, after matches, the whole squad get together for a sing-song over a couple of beers. Even head coach Dave Rennie has been known to strum a guitar.

‘’I’ve seen them play,’’ says Rennie with a wry smile as he watched and listened to the boys perform an Arctic Monkeys number.

‘’We’ve got a lot of guitarists in the group. Music is a big part of our culture. In terms of stand-outs, Callum Gibbins is very impressive. It’s a great concept – raising a bit of money for charity.’’

Family and friends will be amongst the crowd cheering on the band who aren’t ruling out future gigs, assuming the night is a success.