Neil Bremner wants to find out as much as he can about Leiomysarcoma in his final months. 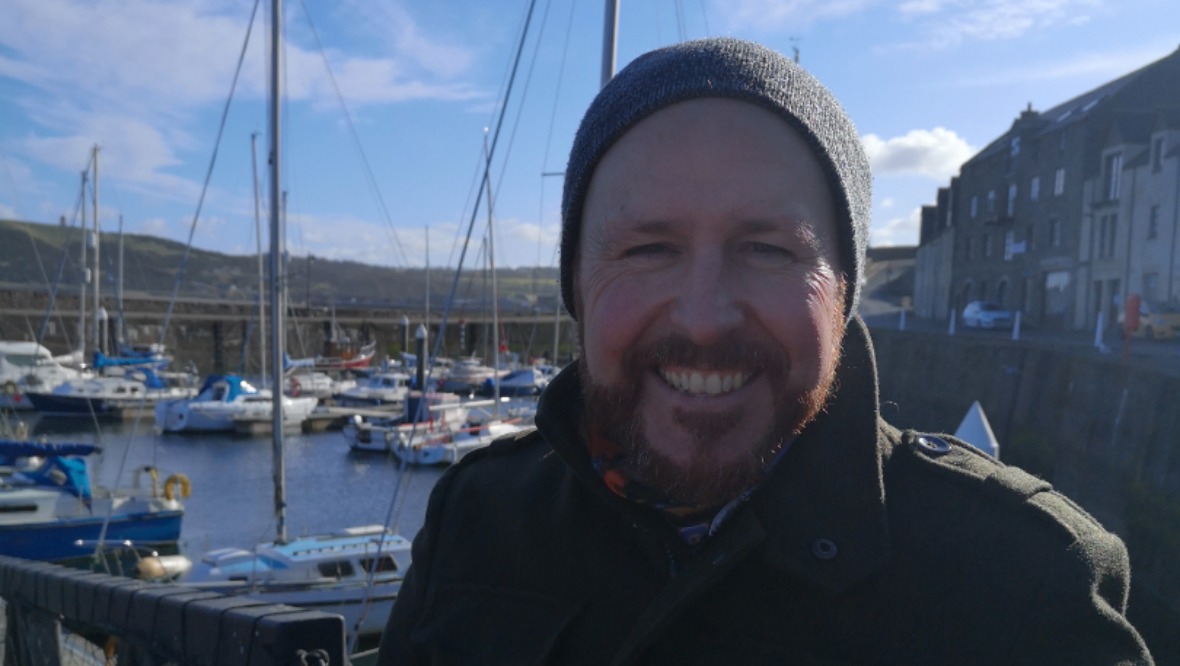 Neil Bremner has a terminal cancer so rare it affects just one in 20 million and may have just a few months to live.

Little information is known about Leiomysarcoma, but Neil wants to put that right to help others in the future.

The 43-year-old father of two was diagnosed with at the end of 2019 after suffering pneumonia. A cancer of the smooth muscle tissue, the disease has spread to his heart and both lungs.

Neil, from Aberdeenshire, has declined to undergo chemotherapy treatment as he was told it may increase his lifespan by just two months during which time he would experience severe side effects from the powerful drugs.

He said: “Coping with the actual illness itself is fine; it’s just there. We all come to an end at some point and this just happens to be my path.

“It’s a one in 20m chance so yes, not the best of odds. One of the darkest things, the thing that hurts the most, is what it does to my family and the kids. That’s hard.”

Neil’s wife Sarah says the finality of her husband’s condition has seen them hit rock bottom, but with the support of cancer charities, relatives and friends, they are trying to come to terms with their limited time together.

With little information known about his cancer, she hopes Neil’s story can help others in the future.

Sarah said: “Neil and me were meant to be together forever.

“That was our life, sitting back, discussing what we were going to do when the girls grow up and leave home.

“There is so much information on Sarcoma itself but when you actually get into the nitty gritty of what Neil has, Leiomysarcoma, there is very little.

“I am hoping that this will allow people to do a bit more research into it and find out exactly what causes it and other options for sufferers as well.”

Friends have rallied round the popular car salesman from Banff. Later this month they’ll hold a fundraising beer and music festival.

Called ‘North Hop for Neil’, the one-day event is being held at aviation museum Morayvia in Kinloss on Saturday, March 21.

A number of bands from across Moray will be playing, giving up their time for free, and there will be local craft beer, spirits and street food as part of the day.

Neil says he has been hugely touched by the gesture and is looking forward to attending the event. He says despite his diagnosis, he’s determined to keep smiling.

He said: “I think it is one of the things that is undervalued – I think a smile can make a big difference in the world, especially with everything that’s going on just now.”

“There seems to be tragedy everywhere around us but look forward to tomorrow, make the most of it.