‘Mental health crisis is not on the horizon, it’s already here’

STV News has been hearing from some of those whose lives have been affected during coronavirus pandemic. 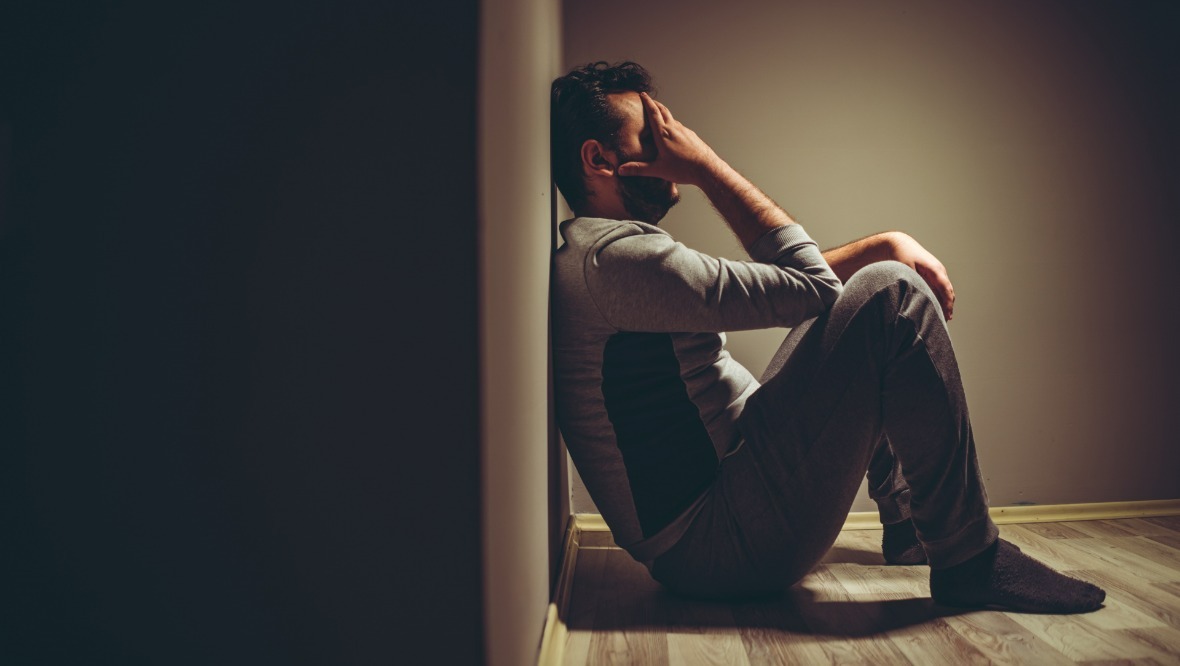 Over the past year we have become used to hearing about the physical toll of the coronavirus pandemic.

But the emotional impact on many has also been profound, causing a huge surge in the number of people who are struggling with their mental ill health.

Recent research by the Scottish Association for Mental Health (SAMH) found more than half of those surveyed with existing mental health problems felt it had worsened during the pandemic.

More than a quarter said their specialist treatment or care had stopped entirely during this time, and Covid led to a reported 55% drop in referrals to Child and Adolescent Mental Health Services (CAMHS).

So with warnings that a crisis is not just on the horizon, it’s already with us, what should the next Scottish Government’s priorities be when it comes to mental health?

STV News has been hearing from some of those whose lives have been affected by psychological illness.

‘I didn’t want to go through this’

With nursing staff by her side, she took her first tentative steps outside after surviving coronavirus.

The care home worker from Inverness knew she was lucky to be alive.

But her mental, as well as her physical battle, was only just beginning.

Sarah, 43, was put in a coma and placed on a ventilator after contracting the virus.

She pulled through, but now suffers from long-Covid and has been diagnosed with post-traumatic stress disorder.

Now the counselling she accessed through her work is about to end.

Speaking to STV News, Ms MacDougall said: “It’s the tears, the anger, it’s in your head ‘what did I do to deserve this?’”

Ms MacDougall still walks with a frame due to nerve damage in her foot and leg, and has been unable to return to the job she loves.

‘I’m trying to deal with it, but more support would go a long way.’

She wants the next government to set up a specialist support group for long-Covid sufferers.

“It’s as simple as someone saying, ‘yes you’re feeling like this, yes you’re traumatised,” she said.

“I didn’t want to go through this. I’m trying to deal with it, but more support would go a long way.

“I don’t think that’s asking for too much. It’s very hard.”

‘There needs to be an education package to combat stigma’

Every morning Emma Strathdee puts on her walking boots and heads for Bennachie.

She’s scaling the hill in Aberdeenshire for 28 days to raise money for SAMH.

There’s passion and purpose behind her pursuit.

Ms Strathdee, 38, has suffered from depression since she was in her early 20s.

She became an expert at hiding it from those around her, but during lockdown it intensified, becoming so severe that on two occasions she tried to take her own life.

Ms Strathdee says she’s had little support since leaving hospital, and has been told it could be up to a year before she can see a psychologist.

She told STV News: “More money needs to be put into the NHS.

“It should have been put in a long, long time ago – so that we can have more psychologists, more psychiatrists, even just more GPs that can speak to people about their mental health.

“There also needs to be an education package of some sort that the teachers can dish out from primary one, right the way through.

“Because there’s not the education, that’s where the stigma comes in – it’s still not an accepted illness.”

‘I tried to take my own life and I live with the guilt of that on my family every day.’

Ms Strathdee says her family and friends have been a huge help, but outside support is needed.

She added: “I tried to take my own life and I live with the guilt of that on my family every day.

“Why should they have to suffer that when I could have had help a long time ago? And it’s not just me, it’s thousands of people.”

‘Quite simply, we need boots on the ground’

Steve McHugh wishes his son had felt able to talk.

He was in his final year studying chemistry at university with a bright future ahead of him.

But instead of celebrating with his fellow graduates, Greg’s first-class honours degree had to be awarded posthumously.

Mr McHugh believes young people’s mental health must be the next government’s priority.

He told STV News: “We need to have in the community what you might call medical triage centres, so that young people, when they call in for support, they don’t have to go on a waiting list to see their GP.

“They can go on to receive a mental health evaluation, from which they can then be signposted to counsellors or others as necessary.”

‘I think Greg felt he didn’t deserve to live and that people would be better off without him, but if only he’d known how devastated so many people were, and how much love so many people had for him, I think the outcome would have been different.’

Mr McHugh stressed the need for action, not just words.

“That’s what must happen if we are going to address this.”

Mr McHugh now wants to help prevent others from the pain of losing a loved one to suicide.

He said: “I think Greg felt he didn’t deserve to live and that people would be better off without him, but if only he’d known how devastated so many people were, and how much love so many people had for him, I think the outcome would have been different.

“It will never be the same for me and my family. You adapt, but it doesn’t go back to what it was before. It’s a different level of normality.

“It’s so sad that at 21-years-old you’ve got your whole live to look forward to, and now you’re just left thinking what might have been really.”

A year ago the Man On Inverclyde group had six people on WhatsApp.

Now the mental health charity has more than 100 members.

For Jason Moore it’s been a huge support. In March 2020, the 22-year-old from Greenock tried to take his own life.

Man On was founded by one of Mr Moore’s friends who felt there was a lack of help and wanted to make a difference.

Mr Moore has benefited from the group so much he’s now become heavily involved with the organisation and is one of its directors.

But he says the onus shouldn’t just be on the voluntary sector to step in when times are tough.

He told STV News: “Through Man On we got a private therapist, so I got access to counselling that way. But we had to source it ourselves, it wasn’t through the NHS.

“I think there needs to be more education for doctors. I know a lot of people who don’t go because they don’t feel welcomed – they get the same treatment all the time.

“You would like to see the GPs have more of an education about mental health and go into more conversation and details.

“I also think we need more education in schools, to inform people about speaking out and dealing with emotions.”

‘There’s a sense of worry because you’re hearing of kids of like 12 who are struggling. And that’s really quite terrifying.’

Man On helps people with a variety of issues including depression, anxiety, post-traumatic stress disorder, addictions and family problems.

Mr Moore added: “We do everything we can at Man On, but it shouldn’t be up to us to kind of play a vigilante kind of role.

“There should be more available, through the NHS and the doctors.”

He added: “There’s a sense of worry because you’re hearing of kids of like 12 who are struggling. And that’s really quite terrifying.”

When it comes to young people’s mental health, they say there’s demand like never before with urgent referrals amid the pandemic reportedly pushing the waiting list back to around 18 months.

“Unfortunately, we don’t see enough ethnic minorities. We don’t see the same number of presentations reflecting the percentage of population that we have.”

“It feels like on the ground we’re firefighting all the time really,” added Dr Mohammed.

“There’s just been so much mental distress.”

The doctors said lockdown has had a “really significant impact” on children and young people.

“There’s been an exponential rise in acute and routine referrals for eating disorders.

She added that before the pandemic around one in every nine young people would be expected to have a mental health disorder. That’s now increased to one in six.

“As we get over the pandemic, there’s going to be a lot more hitting our doors that hasn’t arrived yet,” said Dr Mohammed.

“There’s a really significant rise in mental health problems that are going to come our way.

“We really need a lot more funding. And not just funding that’s short-term, temporary for the next year or so – we needed sustainable funding.”

The Scottish Conservatives say they’ll increase the share of health funding on mental health to 10% by the end of the next parliament and develop a self-harm prevention strategy.

The SNP want to increase investment in mental health by at least 25% and ensure GP practices have a dedicated mental wellbeing worker.

Scottish Labour want to set up mental health A&Es in every health board and develop a ten-year suicide prevention plan.

The Scottish Greens want to allocate 10% of frontline health spend to mental health by 2026.

The party said it will also ensure everyone can access mental health support at their local GP practice with specialist mental health workers.

The Greens will also invest an additional £161m into Child and Adolescent Mental Health Services by 2026, and double the budget for community mental wellbeing services for children and young people to £30m.

The party will also increase focus on prevention, with better access to remedies like cognitive behavioural therapy and social prescribing.