Is now a good time to buy property as the pandemic continues?

STV News speaks to first-time buyers, estate agents and property experts to gauge the temperature of the housing market. 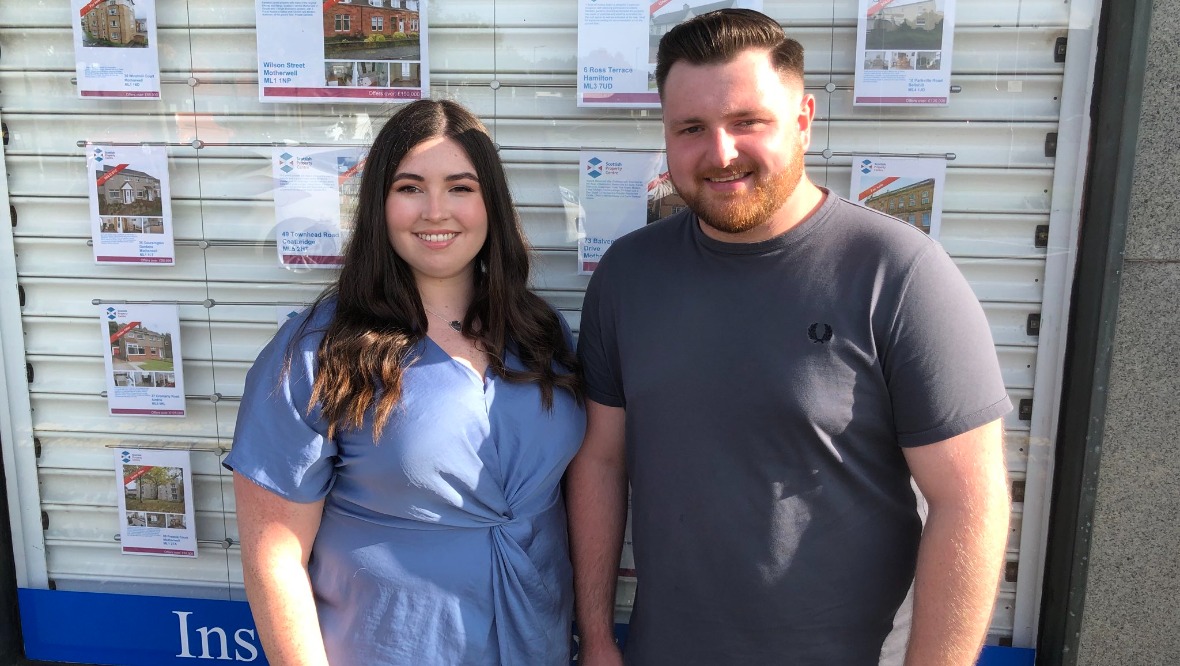 2020 has been a year when we’ve all been stuck inside our house – and the place we call home has seldom seemed so important.

As the coronavirus pandemic accelerated and lockdown restrictions came into effect, it soon became clear that the place we lived was also our office, our children’s school, our centres of recreation.

It was a seismic shift and people adjusted with varying degrees of success. It also provided plenty of time to contemplate whether they were where they wanted to be – or if a better life was to be had elsewhere.

As restrictions began to ease (and before the latest curbs imposed just last week), it became apparent there was huge appetite for moving house.

The first time buyers struggling to get on the ladder

Caitlin Foley and Gordon Cowan hoped to be in their first home by now.

They expressed interest in more than a dozen properties and put in three offers when lockdown restrictions started to ease earlier this year.

But it was to no avail. They were outbid every time despite bids worth thousands of pounds more than the home report value.

Gordon said: “It’s hurdle after hurdle, there’s never been a stroke of luck so far. It’s when we looked at the first property and we got that rejection back, the trend seemed to continue to the last property we put an offer in for, which is about two weeks ago.”

The experience has left Gordon and Caitlin deflated – they have put their search on hold for now and plan to wait a little longer in the hope the market will cool off.

Caitlin said: “Throughout lockdown I had had my eye on a lot of properties, slowly waiting on the market opening back up, to then find a lot of people were probably doing the same.

“So when that market opened up, the houses that we did initially want to view were snapped up pretty quickly. That was a shock because we thought things would be the complete opposite from what it has been.

“We’ve been pushing it to our max but we are very realistic in what we can afford just now obviously, with the situation, being first-time buyers. We also want to save for a wedding, we want to be able to furnish our home, so there is a list of things we would like to be able to afford.”

Gordon and Caitlin were told by their mortgage broker that the local housing market in North Lanarkshire is extremely competitive – a picture being reflected in much of Scotland.

They have been putting bids in around £5000 to £6000 more than the home report value, but have still seen their offers rejected.

Gordon said: “It’s been deflating for both of us because, you know, we are in pretty secure jobs and we’re early in our careers but we’re still in quite good careers, I would say, so we do get a decent income.

“But even at that, we’re still getting outbid all the time. The first property we saw, we didn’t put a substantial bid over the home report – it was a few thousand pounds – because we did hear from the mortgage broker how competitive the market was.

“As well as that, the next couple of houses we put a bid in for, we did bid over the budget again that we had – maybe five, six thousand pounds, but even at that we were still getting our offers rejected.”

The estate agent rushed of his feet due to high demand

Dumbarton High Street is quiet on an overcast Wednesday afternoon in September.

This West Dunbartonshire town was among those to experience tighter local restrictions amid a rise in coronavirus cases.

A few people mill about wearing masks, a breeze coming in off the River Clyde.

But at the west end of the high street, it’s a different scene inside the Caledonia Bureau estate agents.

Face-to-face appointments are cancelled but the phones are ringing off the hook.

The estate agent’s owner Scott Caldow says the local housing market is “exceptionally busy” – his team has seen five months’ activity in the space of two.

He said: “With the market being closed for three months, this has created a huge surge in activity.”

Mr Caldow cites several reasons for the rise in the number of people interested in buying property.

“The normal ones, what we call natural turnover – relocation, death, divorce, families getting bigger, smaller, people downsizing,” he explains.

“Again, this over a five-month period of activity (is) nothing out of the ordinary, business as normal.

“However, over a two-month period it’s caused the market to explode.

“Then there’s the three-month lockdown factor with no sales and new stock coming to the market, or very few, along with people having a more critical eye on their own home whilst in lockdown, ‘I need more space, I would like that home office, I need a bigger garden etcetera’, all have helped in creating a very busy market.”

“Most people move within a ten-mile radius, we’re not seeing much change in that. The majority of purchasers are people that have to move, the other ones are relocations, for jobs etcetera.

“But most of all you are probably looking at people that have been in lockdown, looking to get more room, get outside space.”

Enquiries, instructions, prices and sales all continued to rise firmly in Scotland during August, according to the RICS (Royal Institution of Chartered Surveyors) Residential Market Survey as pent up demand and the stamp duty holiday continue to influence the market.

First-time buyers, unfortunately, have found it harder to get on the ladder since lenders stopped offering 100 per cent mortgages.

Mr Caldow said: “Obviously people still have to move and they have to get on the rung. However, with lending tightening up, or potentially tightening up, they are going to find it harder.

“I think (Dumbarton) represents good value for money, outer-lying areas are definitely benefiting. The city is expensive and it’s extremely difficult for first-time buyers to get on the property market.”

The housing expert who says prices will keep going up

Housing expert Akhil Patel says the current hot property market is largely due to pent-up demand, which has been growing since the start of the calendar year.

But he has a warning for people hoping to sit things out until the market cools off – prices are likely to rise further over the course of the decade.

Patel says January and February were some of the busiest months on record for property searches and enquiries about mortgage applications – only coming to a sudden halt as the coronavirus pandemic struck the UK and lockdown measures were imposed.

He said: “There is a lot of positive factors underneath the market that has pushed people into the market and has, therefore, led to an increase in prices because (there is) probably not so much stock on the market for sale, so what is available is being bid up in price.”

Akhil told STV News that in addition to pent-up demand as society started to open back up “we had record-low interest rates, mortgage companies willing to lend and also cuts in stamp duty”.

Furthermore, he says it is important that people realise the UK is only around halfway through the current economic cycle.

He said: “Typically, the second half of the cycle, which should unfold in the next few years, tends to be much bigger for the property market and so while there may be a lull after this temporary demand is satisfied, actually the next few years should see pretty strong price increases for property.

“In terms of sort of short-term fluctuations in the property market, winter months tend to be fairly slow because, you know, people are focusing on Christmas – if indeed we have Christmas this year, who knows how that will play out.

“And it may be that as people see prices rising, more stock comes into the market and that might then temper prices a little bit, so next spring could certainly be a decent time to buy.

“But if you are sitting there, awaiting a property crash and thinking that prices will get much cheaper, then I’m afraid I don’t think that’s where we are in the cycle.