Inside the nursery where children are studied by scientists

Stirling University is home to the UK's only 'research kindergarten'. 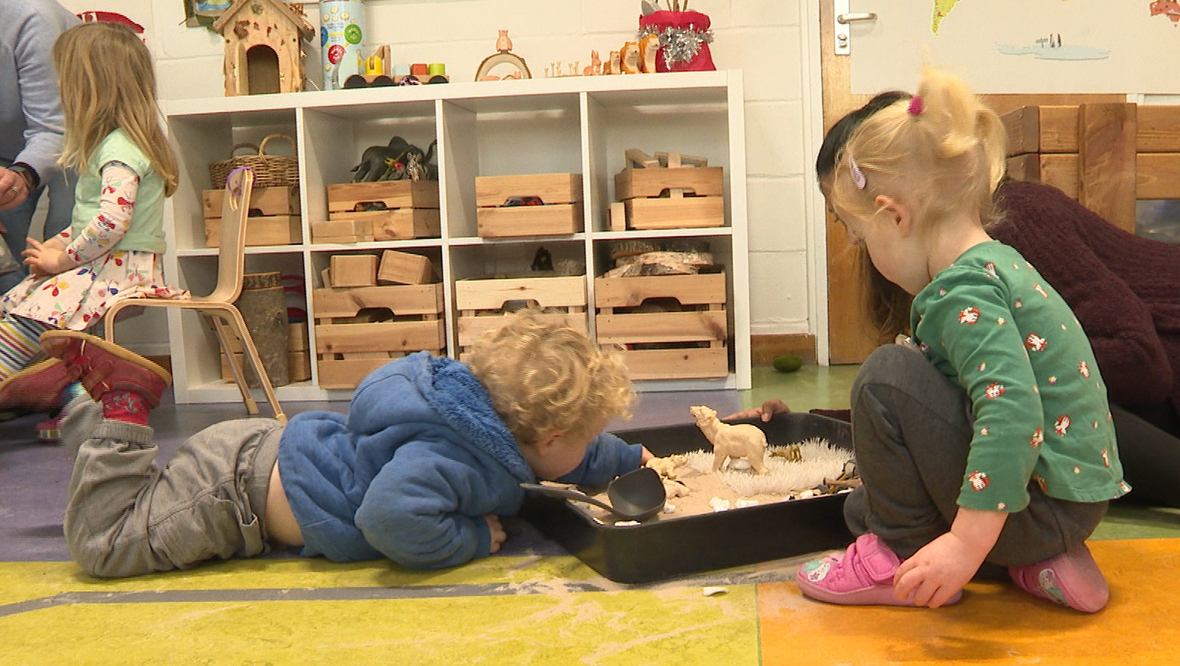 At first sight, the nursery at Stirling University looks like any other on-campus childcare facility.

But as it’s based in the psychology department, there’s another dimension.

It’s the UK’s only “research kindergarten” – where children are often observed by students and researchers.

Examples of recent projects include studies considering imitation, willingness to cooperate, toy preferences and the recollection of events.

Recently the team ran a pilot intergenerational scheme with adults living with dementia, in which the children enjoyed art, gardening and music sessions.

It’s been such a success that the psychology department hope to expand it, to explore the impact intergenerational work has on older people.

Dr Line Caes, lecturer in psychology at Stirling, said: “Our pilot demonstrated that it is possible to bring together these two vulnerable populations.

“While previous studies have brought together young children and older people, this is the first to assess the impact of nursery-aged children and adults living with dementia meeting in a new environment for both groups.

“We found the sessions were enjoyable to both the adults living with dementia and the young children with the gardening session proving the most popular.

“The adults told us how the interaction brought back fond memories of their own children, grandchildren, and even children that they used to teach; others said it made them feel as if they were contributing to society again.”