How about a Holly Dolly Christmas with part-Scottish Parton?

Music legend tells STV News about her new work and her love of Scotland. 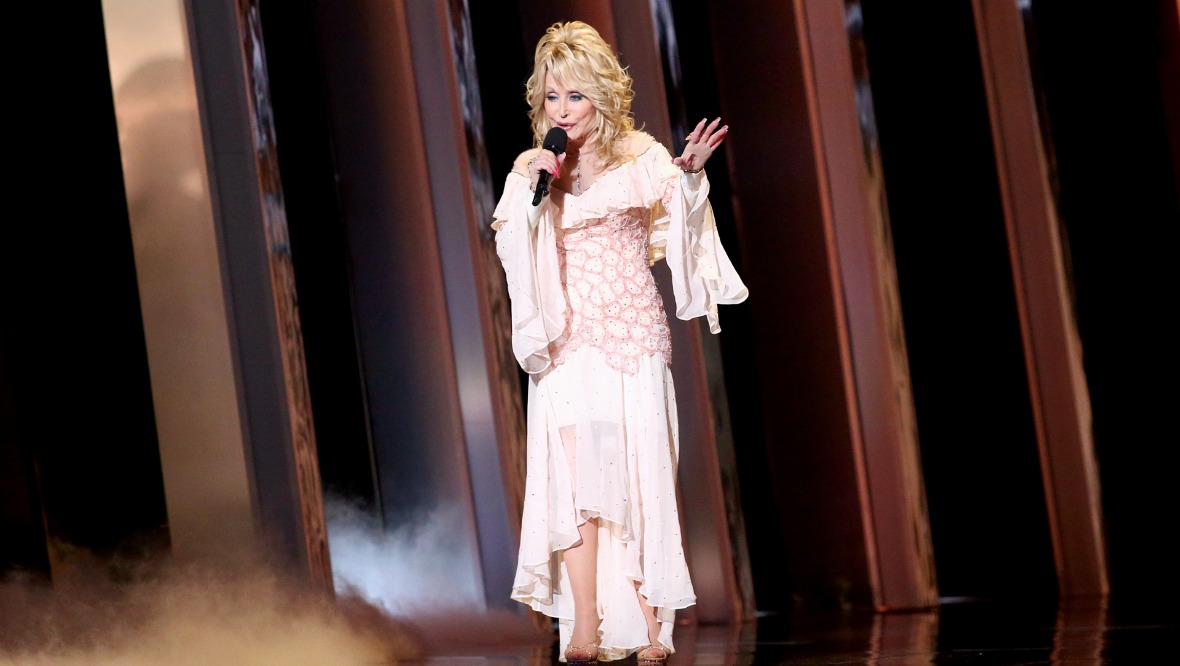 December festivities are likely to be a little different this year – so how about enjoying a ‘Holly Dolly Christmas’?

That’s what music megastar Dolly Parton is offering, with the release of new songs, a book and a movie in the coming weeks.

At the age of 74 and with ten Grammys and multiple number ones to her name, Parton is showing no signs of slowing down – and told STV News of her love for Scotland.

She first performed here in 1977 during the Royal Variety Performance at the King’s Theatre in Glasgow, and even more than 40 years later retains fond memories of that visit to the city.

“And we all loved getting out and sight-seeing. You all take it all for granted but it was amazing for us to get out and see all that cause that’s kind of my background too.

“Part of my family’s from Ireland, part from Scotland, part from England. I’m kind of a little mix of all that but my music seems to resonate more with the Irish and Scottish.”

Parton said she’d been planning a Christmas extravaganza for a while, and decided with the coronavirus pandemic set to dominate the festivities, now was the time.

She said: “I thought about it a few years back and I had planned to have it out sooner or later, but then with things going crazy, it just seemed to be the perfect time to go ahead and complete that, so I wrote a lot of new songs and gathered up a few of the old classics.”

Duets with numerous stars feature on the album, including with ‘Mr Christmas’ himself, Michael Bublé.

“Everybody I know loves Michael Bublé and I wrote a song that’s just right in line with the stuff that he sings so well, so I called him and asked if he would sing and he said he’d love to.”

Parton has been working more than Nine to Five recently, having written songs for a new Netflix movie she stars in, Christmas on the Square, to be released on November 22.

So does her love for Scotland mean we can claim Dolly as one of our own?

“I am part-Scottish but I don’t know which part! You can claim any part you want. I know a lot of it’s in my voice.”