No more away goals rule as Scottish clubs kick off their European campaigns.

Scottish sides return to European action this week but there’ll be something different about UEFA competition from now on.

The governing body has scrapped the ‘away goals rule’ that brought elation, quick-fire calculation and, more often than not, utter despair for Scottish sides over the years.

For 56 years, the rule – meaning the winner of a drawn two-legged tie was whoever scored the most goals away from home – was used to settle the closest of contests.

We’ve picked out a few unforgettable games where away goals really counted for and against Scottish teams.

There’s no simpler way to understand the application of the rule. Both sides score once and the visiting team’s strike counts double.

The Dons and their Ukrainian opponents had begun their European campaign at Pittodrie in a match that wasn’t encouraging for either. 90 minutes came and went without either side striking a telling blow.

Aberdeen knew they would likely need a goal to progress against the odds, but although they had been knocked out of European competition by the away goals rule on five occasions, they had never yet been the beneficiaries. Darren Mackie’s goal was to change that.

After the Aberdeen striker put his team ahead on 28 minutes in the Meteor Stadium, Dnipro threw everything at Jimmy Calderwood’s side in an attempt to get the two goals they now needed. Jamie Langfield denied the Ukrainians again and again, and the hosts hit the woodwork three times in the second half.

Andriy Vorobey finally got his side an equaliser with 14 minutes to go after Andy Considine’s clearance cannoned off the striker, but Dnipro couldn’t find a second.

The Dons qualified from a group including Atletico Madrid, Panathinaikos, Copenhagen and Lokomotiv Moscow, but were beaten by German giants Bayern Munich in the last 32.

Having reached the quarter-finals of the UEFA Cup in the previous two seasons, Jim McLean’s title-winning side relished the chance to take on the best in Europe in the top competition in the 1983-84 season and again reached the last eight, being paired with Rapid Vienna.

The away leg in Austria proved a tough encounter, with defender Derek Stark putting the visitors ahead after half an hour before Max Hagmayr equalised in the second half and Zlatko Krancjar (father of former Rangers midfielder Niko) hit a late winner.

Stark’s away goal proved to be crucial. The return leg at Tannadice had everything on the line, with Rapid knowing a draw would do them. Davie Dodds scored the only goal, making it 1-0 on the night, 2-2 on aggregate and United the winners on away goals.

McLean and his side faced Roma in the semi-finals and Dodds and Stark scored again in the home leg, but a 3-0 defeat in Italy (with a penalty awarded by a referee a Roma director later said was bribed) ended their adventure.

A 2-1 defeat in Belgrade in the first leg left Celtic in a reasonable position; holding an away goal themselves but knowing if Partizan scored more than once at Parkhead, they’d have to bag at least four.

The game started exactly as Celtic didn’t want it to, Partizan going ahead through Vladimir Bujacic after only eight minutes.

The hosts needed goals, and a hero. Step forward recent signing Jacki Dziekanowski with a header to make it 1-1 after 25 minutes, then levelling the aggregate score with another strike just after half-time. Aleksandar Djordevic restored Partizan’s lead three minutes later and Dziekanowski evened things up when he completed his hat-trick soon after.

Though the score was balanced at 4-4, Partizan were ahead on away goals and widened the gap when Milko Djurovski put the Yugoslavians ahead once more with just under half an hour to go. Andy Walker scored on 65 minutes but Celtic still needed another.

With ten minutes left on the clock Dziekanowski guided in Galloway’s cross and Celtic were ahead for the first time in the tie. It was 5-3 on the night, 6-5 overall, and the clock was ticking down.

Knowing that another away goal would leave Celtic needing two, Partizan broke down the left at pace and a cross to the back post was knocked into the centre, where Sladan Scepovic headed in.

Celtic out, Partizan through on away goals.

From a late away goal that stunned a Scottish side to one that possibly should have.

Jim Leishman’s Livi were drawn against Liechtenstein minnows FC Vaduz, who played their league football in Switzerland’s second tier. The first leg of the qualifying round saw the sides draw 1-1 at the Rheinpark Stadion, where Oscar Rubio had given the visitors the lead, only for Franz Burgmeier to equalise ten minutes later.

Livingston were expected to finish the job at Almondvale but found it tough going. With the sides locked at 0-0 in the final moments, Vaduz won a corner on the right. The cross bobbled to Marius Zarn, his shot deflected past Javier Sanchez Broto and Vaduz celebrated a famous goal that saw them progress in dramatic circumstances.

Somewhere between the corner being taken and Zarn putting the ball in the net, Croatian referee Ivan Novak blew the whistle for full-time. Vaduz were incensed, Novak waved away their complaints and the Livi players shook his hand before marching into the second round and suffering an 8-6 defeat to Sturm Graz.

While Livingston were trading goals with Sturm Graz, Celtic were thumping Suduva 10-1 on aggregate in the same competition, then going on to beat Blackburn Rovers 3-0 in the second round to set up a tie with Celta Vigo.

Celtic won the first leg 1-0 in Glasgow, courtesy of a Henrik Larsson goal, and flew out to Galicia with the tie looking the very model of ‘finely balanced’. Jesuli’s 23rd-minute goal proved that and with the aggregate score at 1-1, Celtic needed a goal. Ulrik Laursen’s free kick was nodded on by Chris Sutton and John Hartson held off his marker on the edge of the box, turned and smacked a low shot into the net.

Benni McCarthy restored Celta’s lead in the second half, but Celtic held on for a defeat in the stadium and a draw on aggregate, with Hartson’s strike proving golden.

Celtic beat Stuttgart in the next round, Liverpool in the quarter-finals and Boavista in the last four before falling to Porto in the final on a memorable night in Seville.

By the time Rangers played Panathinaikos in their first match of that year’s UEFA Cup, Walter Smith’s side had already enjoyed a decent season in Europe by Scottish standards. Champions League qualification had begun in July with a straightforward win over Zeta.

They reached the group stages and after a strong start brought wins over Stuttgart and Lyon and a draw against Barcelona, a trio of defeats saw them finish third in the group and drop into the UEFA Cup.

Panathinaikos came to Glasgow and earned a 0-0 draw in the first leg and were favourites to progress to the next round.

In Athens, defender Giannis Goumas gave his side the lead after 12 minutes and Rangers were looking at the exit until, with nine minutes to go, Chris Burke’s cross was knocked into the net by Nacho Novo and the visitors were suddenly on top. Goumas had a late chance but couldn’t capitalise and Rangers went through.

Smith’s side went from strength to strength. Werder Bremen were taken care of, then Sporting, and Fiorentina were beaten on penalties as Rangers reached the final in Manchester, only to be beaten by Zenit.

Of all the away goals on this list, Callum McGregor’s is probably the one where the impact was most unexpected.

When the Celtic midfielder put his side ahead with a curling shot just eight minutes into the first leg in Warsaw, hopes were high that the team was going to make easier work of the tie than some expected.

The optimism was misplaced and Legia roared back to win 4-1, giving Celtic a huge uphill task to turn things around at their temporary home of Murrayfield. The Scottish champions didn’t come close and suffered a 2-0 defeat, dropping into the Europa League qualifiers with a 6-1 aggregate hiding to contemplate.

Legia only made one mistake. The defender Bartosz Bereszynski was brought on for the final four minutes of the second leg, but should have been serving a ban. UEFA took a dim view and awarded the match to Celtic as forfeit.

The default 3-0 scoreline meant the sides were drawn at 4-4 over two legs so McGregor’s goal, a distant memory after all the drama and paperwork of the second leg, proved the deciding factor.

Ronny Deila’s side failed to make the most of their second chance in the competition though, losing 2-1 to Maribor in the next round.

Rangers’ Cup Winners’ Cup triumph is one of the high points of the club’s storied history but for those involved, a moment on the journey would have had them convinced that their hopes were over almost before they had started.

After beating Rennes in the first round, Willie Waddell’s side faced Sporting, with the first leg at Ibrox Stadium.

The Scottish side were 3-2 winners in the home leg after Colin Stein scored twice and Willie Henderson found the net. They travelled to Lisbon knowing that avoiding defeat would put them through.

Hector Yazalde put Sporting ahead after 25 minutes but Stein replied for Rangers a minute later. Joao Larajeira made it 4-4 on aggregate before half time but after the break Stein restored Rangers’ advantage.

The Glasgow side were headed for the third round until, with three minutes to go, another attack from Sporting brought a goal from Manuel Pedro Gomes and everything was level at full time. Rangers had won the first leg 3-2, Sporting had taken the second by the same scoreline and extra time was needed.

Rangers showed their continued threat in the 100th minute when Henderson found the net but five minutes later, Sporting found an answer once again when Fernando Peres struck. With no further goals and the scoring locked at 6-6 after 120 minutes, Dutch referee Laurens van Raavens signalled for penalties.

Sporting won the shoot-out and Rangers trudged to the dressing room contemplating the rest of the season without European football.

Van Raavens returned to his dressing room only to be interrupted by UEFA officials who congratulated him on the way he had handled the match – and then told him he had made an error. The Dutchman hadn’t realised that away goals scored in extra time counted in the case of a draw, and Rangers were winners of the tie.

The Ibrox side progressed to play Torino and Bayern Munich in subsequent rounds and set up a final against Dynamo Moscow. The rest is history, and the away goal rule had played a crucial part. 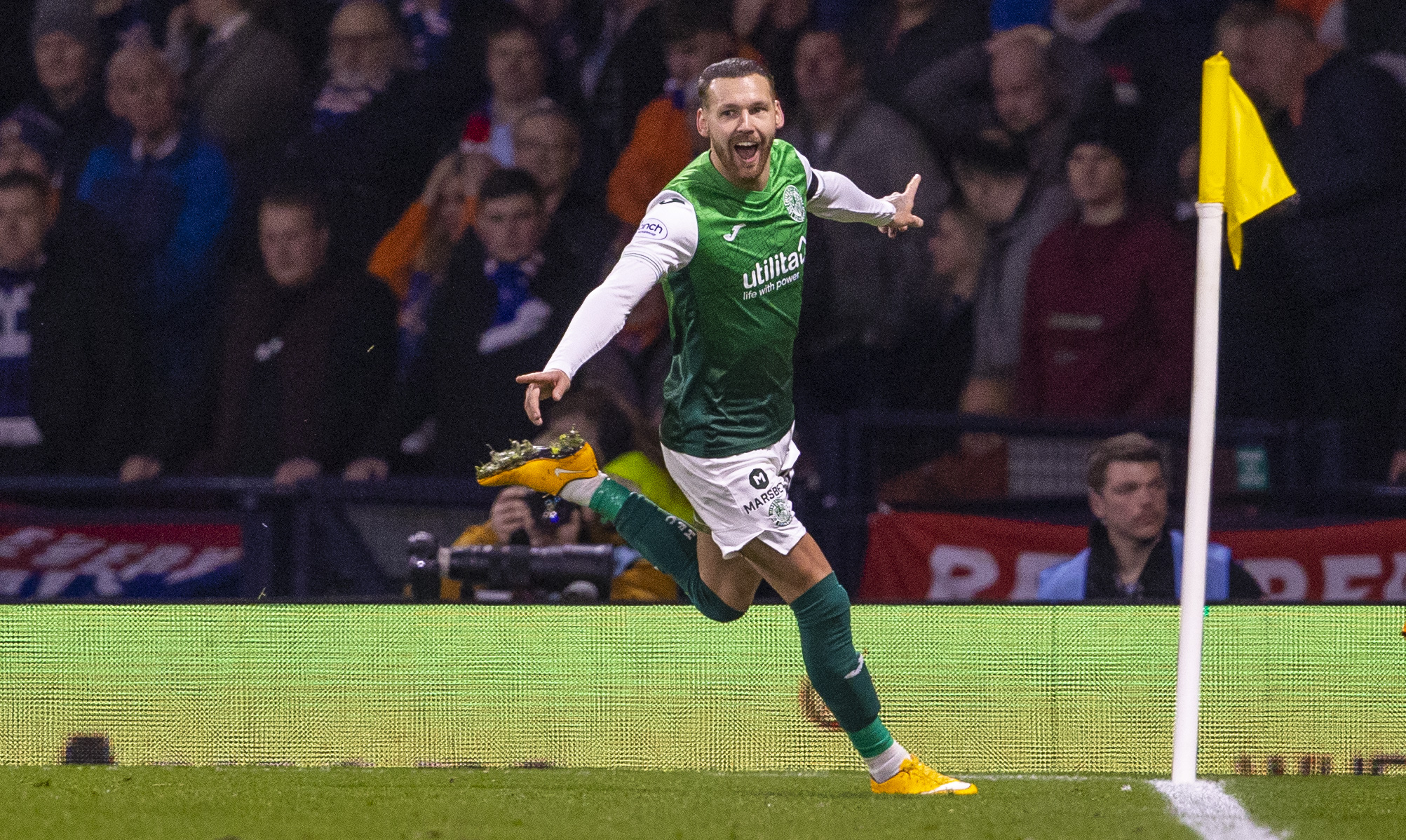 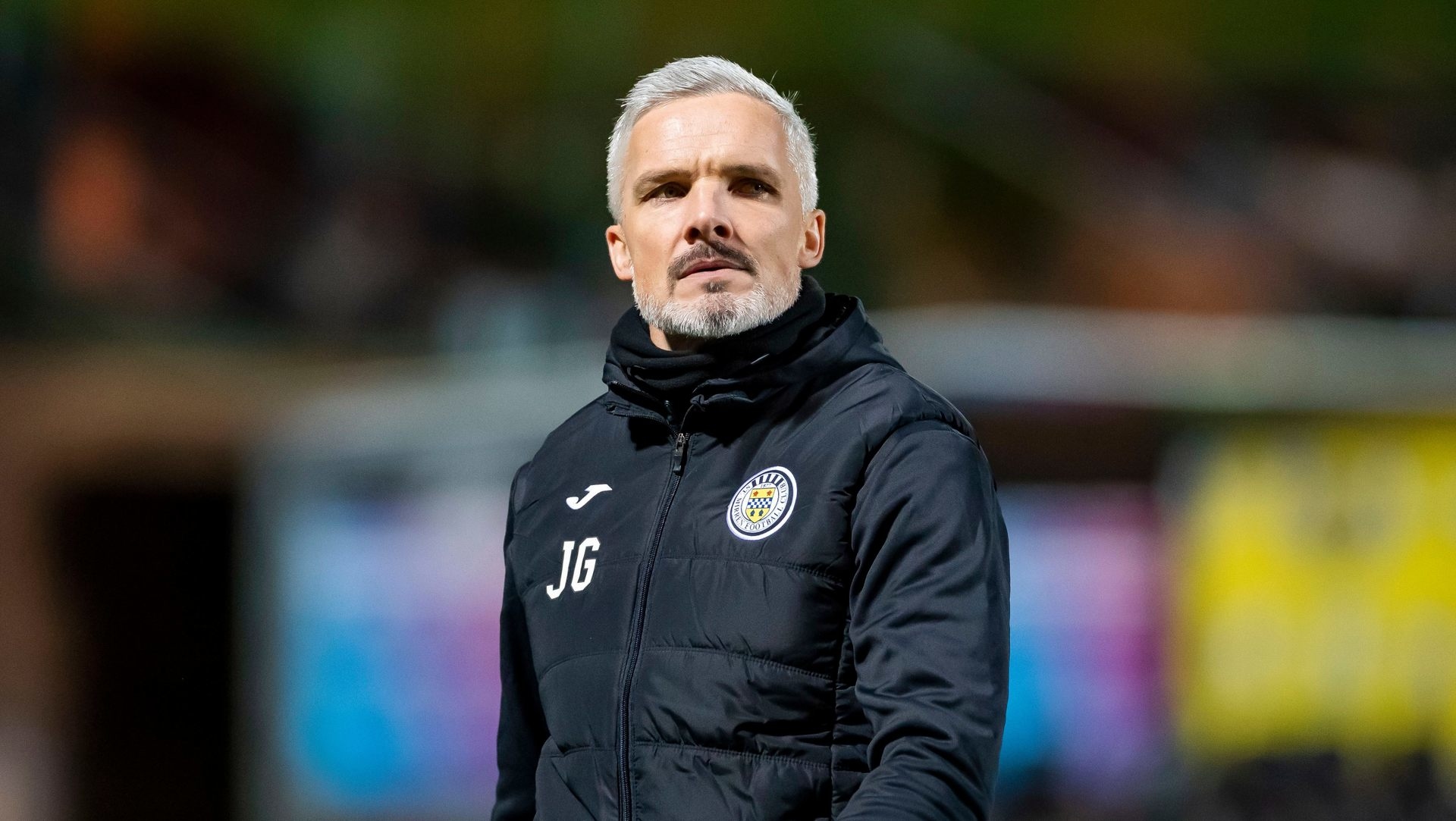 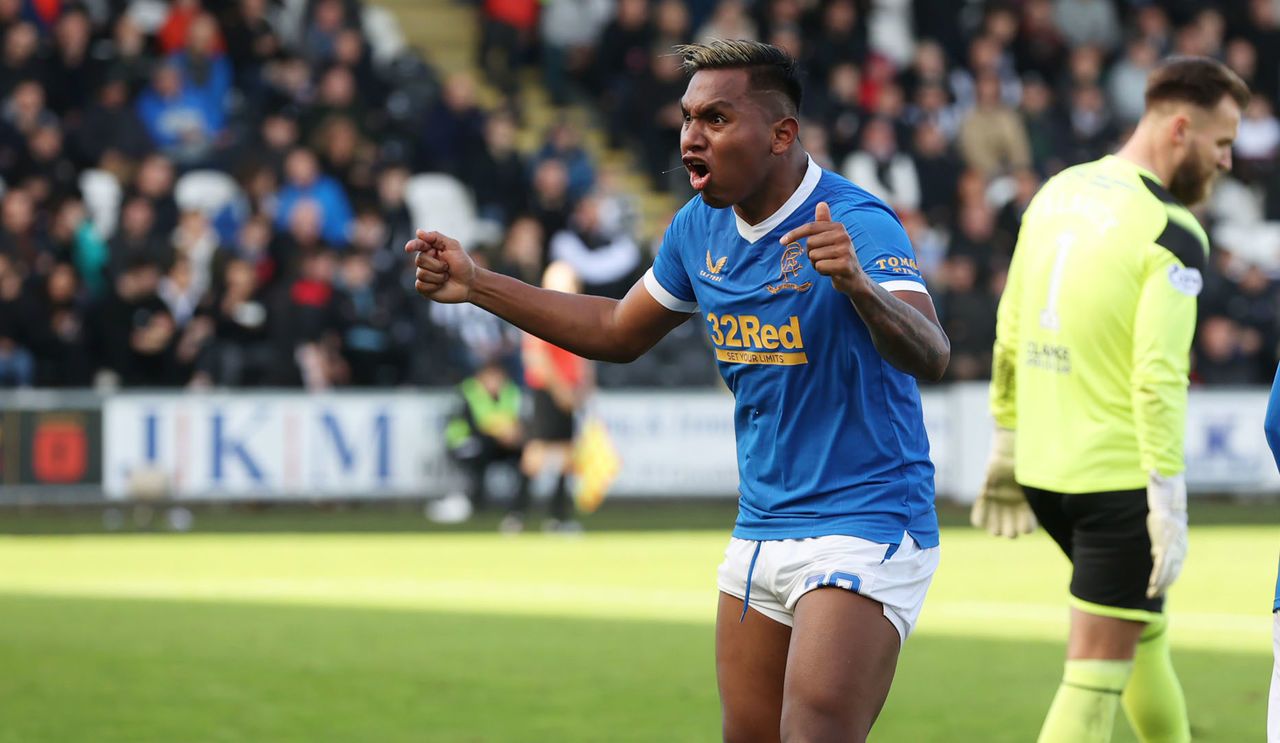 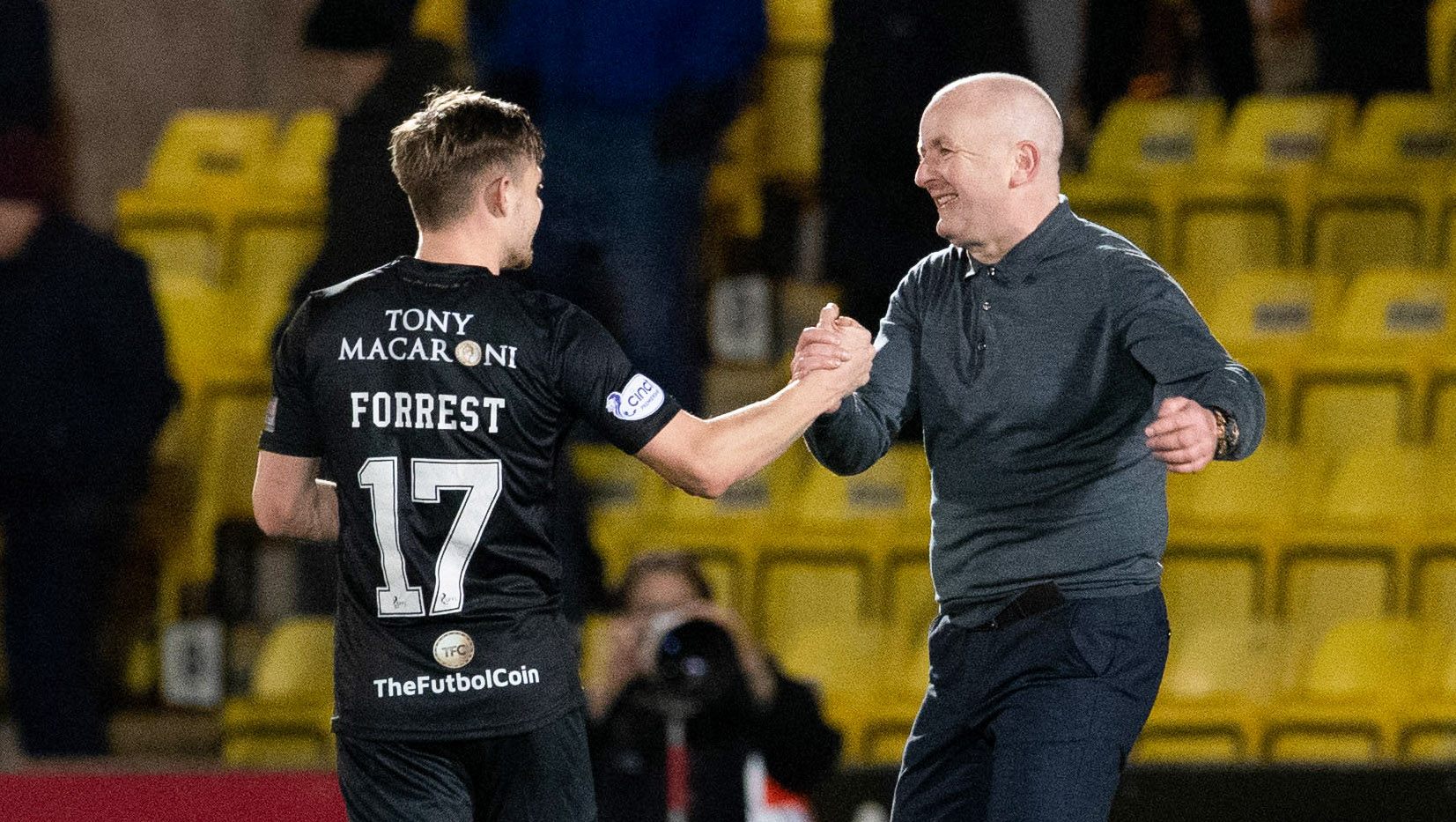