George McGuinness, 73, is a sky diving enthusiast and married his wife 20 years ago in the skies.

A daredevil OAP has racked up an amazing 7200 leaps in four decades of skydiving – equating to one every other day.

But George McGuinness’ favourite fall has got to be when he took the plunge with his partner in June 1999 and they became the first couple in the UK to marry in mid-air.

The 73-year-old has averaged 180 jumps a year in his career as a civilian instructor, a paramilitary during the conflicts in Northern Ireland and for charity and fun following his retirement.

The retired father-of-one even jumped just four months after having surgery to repair his knee in January 2019 after years of working as a carpet fitter gave him osteoporosis.

He sped up his recovery by doing intense physio to get him back to his favourite hobby.

The Scot is currently missing the extreme sport as he is in self-isolation at his home in Blackpool and cannot wait for it to be over so he can take to the skies again. 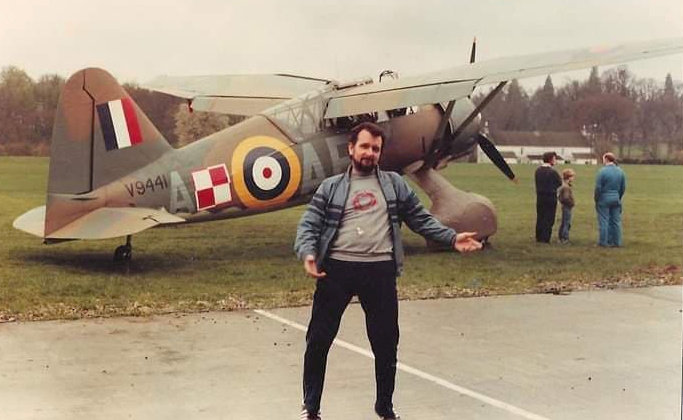 Despite his success, George remains coy about his impressive achievements.

“It’s just about enjoying what I’m doing and making sure I’m doing it as regularly as possible.”

George’s passion began in 1979 when he was put forward for a charity skydive by a friend.

George said: “I was more nervous for the second one. The first one was a thrill.

“I still feel the same rush and adrenaline that I felt all those years ago. It never gets old.

“Just because you perform so many times doesn’t mean you don’t still get the same level of apprehension.

“Getting nervous before I jump keeps me safe and sane.

“Skydiving means everything to me. It’s what gets me up in the morning.

“Not skydiving would have turned me old.” 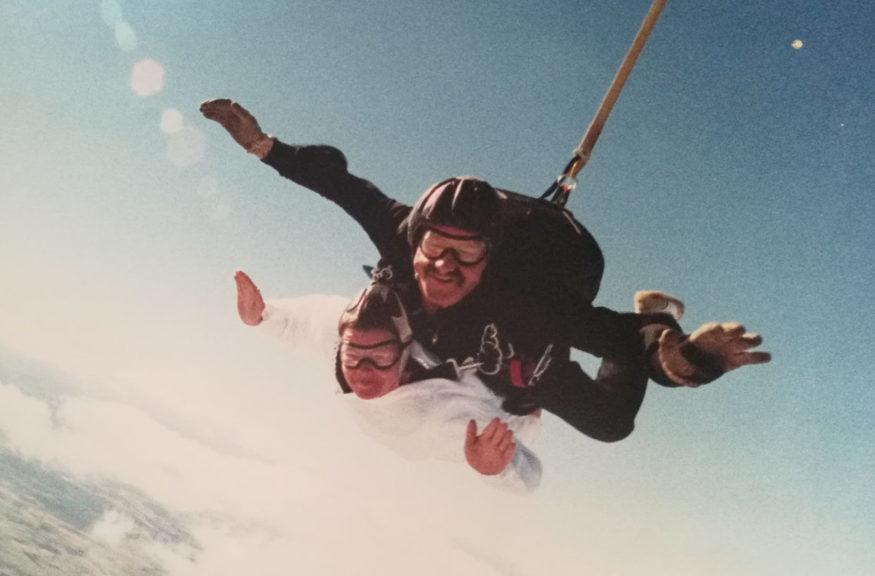 George is lucky that surgeons have been able to repair both his knees over the years, having had his first operation on his left leg in September 2016 to get him back to full health.

He said: “If I had not had the operations I would not have been able to do what I do, you need your strength in your knees for landing.”

George’s skydiving career has seen him being in charge of around 3000 tandem jumps – where the instructors are responsible for activating the parachute and landing the device safely.

He has also trained groups of 12 in a PAC 750XL aircraft where they attempt to execute accelerated free-fall jumps where skydivers land themselves.

As an advanced skydiving instructor, he not only trains budding skydivers but trains those who want to become instructors.

His obsession saw him and his wife of 20 years, Geraldine, 56, take to the skies for a wedding ceremony inside a small aircraft before taking part in an exhilarating descent arm-in-arm.

Geraldine jumped out of the plane in tandem with her new husband while the vicar was carried by one of the groomsmen.

George said: “It was amazing. It was the perfect day – everything fell into place.

“We had both been married before and we wanted to do it on our terms and we really did.”