‘Change the law and smooth the path to surrogacy’

Bid launched to make it easier for genetic parents to be legally recognised after surrogacy. 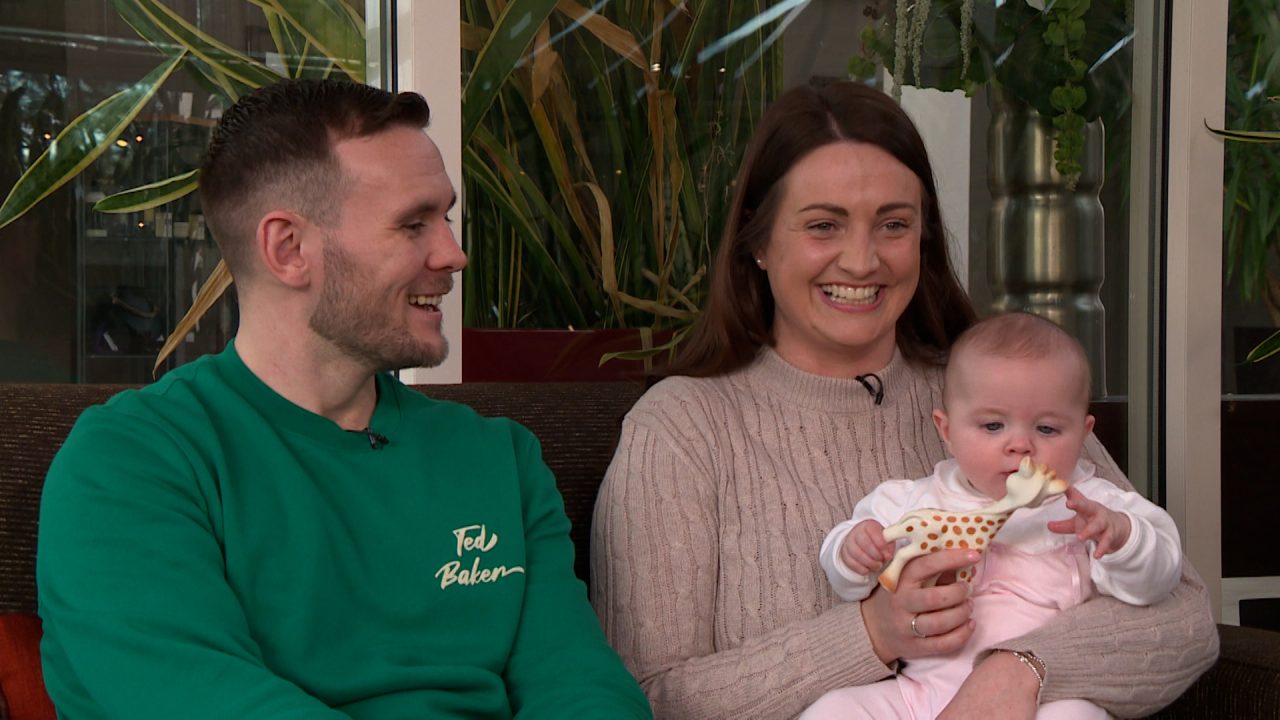 Claire Kelly knows more than most about surrogacy – she has carried three babies for two different couples.

She was inspired to join Surrogacy UK after watching a documentary while she was pregnant with her own second child.

“I started attending surrogacy socials and I met loads of people – both couples and surrogates – and I’ve been part of it ever since,” she says in Thursday’s episode of Scotland Tonight.

“We started talking and after I had given birth, we spent three months getting to know each other, started treatment and it worked first time for them.”

Surrogacy gives people with health or fertility difficulties, or those in same-sex couples, a way to have a child.

But it can be an anxious time for many, because after the baby is born they have to wait for a court order before they can become the legal parents.

This application can only be made six weeks after the baby is born and must be done within six months.

It may seem like an administrative step on the surface, but it can have deeper implications; in the most extreme cases, if the surrogate wants to keep the child, she would have the legal right to do so.

Complications could also arrive if the child has medical issues or is applying for a passport, as the surrogate’s name is on the birth certificate.

The timescale is currently being reviewed, with draft legislation to remove the wait due to be published in the autumn.

It would see the parents legally recognised from birth, although the surrogate would still have a short period of time to object.

“If that change is adopted, I think that would bring the law up-to-date with what everyone involved with a surrogacy arrangement wants and intends from the outset,” says family lawyer Lynsey Brown.

“Also in contemplation is the establishment of a regulator to oversee surrogacy arrangements and to monitor standards.”

Sam and Niomi Allen are glad the issue is being looked at – six months after welcoming their daughter Eliana into the world via a surrogate, they are still waiting for their parental order to be approved.

“Everybody’s in the journey to be a parent and then we have to go through this whole legal process,” Sam says.

“There are hearings in front of judges and we have to present a case on why we should be the legal parents when genetically she’s ours.”

Another area under the spotlight is payment; whereas commercial surrogacy is legal in countries such as the USA, in the UK only ‘reasonable expenses’ can be met.

There is no cap, but a typical cost could be in the region of £12-20,000 and for those involved it can be an awkward experience.

“You don’t want couples being exploited for lots of money,” says Claire. “But a surrogate doesn’t want to be out of pocket either. It’s very awkward, expenses is hard.”

Some agencies now list expected expenses on surrogates’ profiles, helping to ease the discussion and making couples aware of the costs from the outset.

Regardless of cost and legal complications, many of those who have been through the process said they would definitely do it again.

“During the whole pregnancy I had some sickness, but I just thought ‘this is so worth it’,” says serial surrogate Claire.

“I was just looking forward to seeing them with their wee one. It was hard, but I don’t regret it.

“I want to see them as friends and we meet up for lunch and catch ups. They send me photos and they feel it’s important as we’ve been on a special journey together.”

Scotland Tonight is on STV and the STV Player at 7.30pm on Thursday, February 3.