Care Review: ‘Every child deserves to know they are loved’

Laura Beveridge and Ashley Cameron featured in STV's 2016 documentary about the care system, Who Cares. 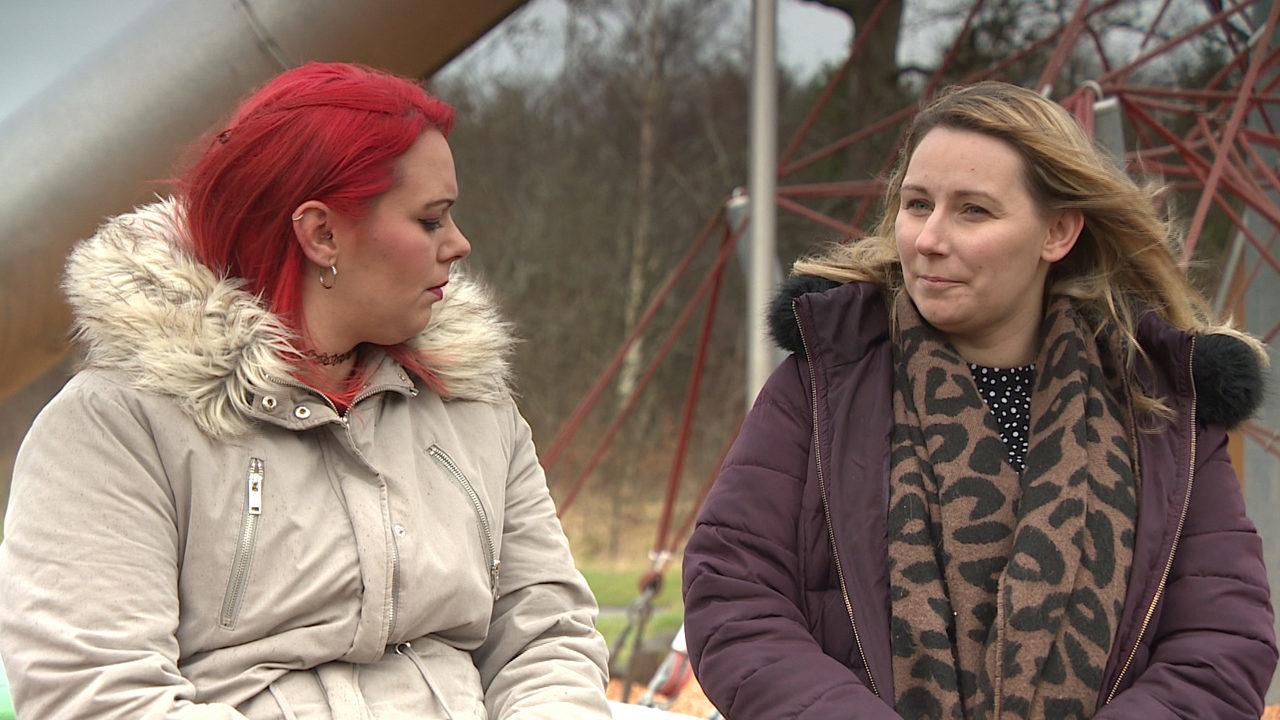 Three and a half years ago, Laura Beveridge and Ashley Cameron featured in an STV documentary that shined a light on Scotland’s “broken” care system.

The hard-hitting documentary spoke to Laura, Ashley and three other looked-after young people about their experiences of care.

They told harrowing stories of neglect and domestic violence; of separations from parents and siblings; of the loneliness of care; of moving homes 50 times.

Taking part in the documentary meant, for Laura, feeling a “real sense of responsibility”.

“I had to become a voice for so many other voices that had not been heard, for friends that didn’t make it out of the care system alive,” she explained.

A “violent, scary” upbringing led Laura into residential care before her 13th birthday, burdened with deep-seated psychological trauma that in turn led to mental health problems and a dependency on drugs and alcohol.

And in the 2016 documentary, Ashley told of how she tried to take her own life for the first time aged just 11, and revealed the extent of self-harming scars over her arms and body.

“Doing (the documentary), I knew it was quite a big risk because I was laying myself bare,” Ashley said.

“I just felt like I had to tell the truth and tell my authentic story, because if anything’s going to change people’s minds about the type of people care-experienced people are, then it was going to be through that raw truth-telling.”

Around four years on since they were first asked to participate in the documentary, and ahead of major anticipated reforms of the care system, Laura and Ashley met up – to catch up over a cup of tea, to walk Ashley’s dog and to reminisce about the experience of sharing their stories with a national audience.

“I didn’t want those stories to have to be told for no reason,” Laura told Ashley. “I now feel like we had a real purpose.”

While highlighting their traumatic pasts, the programme struck a hopeful note, showing how each of the people featured were striving to emerge on the other side and make lives for themselves – as well as campaigning to make the care system better for future generations.

It led Ashley and Laura and two others to a face-to-face meeting with Nicola Sturgeon at the First Minister’s official Bute House residence in 2016.

“When we went up to Bute House, that was so, so powerful, because every one us had felt that over the years we hadn’t been listened to,” said Laura.

“So for me, and for us, being in the First Minister’s house and being heard was just phenomenal.”

Ashley recalled: “That day felt totally different from any other campaigning experience that I’ve had before.

“When Shaddelle (Brown, another care-experienced young person) spoke to her about how would you feel if you’d been separated from your sister, you could actually see the tears in her eyes and you could see how much that had caught her off guard.”

That meeting, with STV cameras in the room, ended with a promise from the First Minister to put listening to cared-for young people at the heart of how her government would approach the issue.

Fast forward to just a few weeks after the documentary had aired, to the SNP’s 2016 autumn conference.

There, the SNP leader spoke emotionally about how her meetings with care-experienced people had moved her, and announced a “root-and-branch” review of the care system for the nearly 15,000 looked-after children in Scotland.

Representatives from the charity Who Cares? Scotland, including Ashley and Laura, sat in the front row for the speech and stood up and raised heart-shaped placards when the announcement was made, symbolising the love all children need.

“Going back and seeing all the stuff on social media when we had come out, the majority of it was brilliant,” Ashley said.

“But obviously the people that aren’t in favour of the party that’s in government were all saying, this is political game-playing.

“It wasn’t to us because to us it was real.”

The results of that three-year independent review were published on Wednesday, with calls to overhaul the care system to give looked-after young people the most loving and stable childhoods possible.

It concluded the care system is “fractured, bureaucratic and unfeeling for far too many children and families”, and estimated its failings cost Scotland £1.6bn a year in extra services and lost tax revenues.

It found some children “actively sought” physical restraint “as it was the only time they felt human touch”.

It found siblings in care are regularly separated, that the workforce are stressed and overworked and that there is still too much stigma around being in care.

Ashley, who has since graduated from university and is living with her fiancé, has started her own business and is now planning for a family, believes the next generation of care-experienced young people will take up the campaigning “mantle” to press changes.

“My hope is (the review recommendations) are fully implemented and that the care-experienced young people coming behind people like me are the ones that are going to hold those in power accountable,” she said.

“I don’t have a fear about that, because by the looks of the movement and how it’s grown, we’re going nowhere.

“The care-experienced young people coming behind will be even louder than what we were – and we were quite loud.”

But she has concerns about the review too. “My fears are it’s just more woolly, legal language and that nothing gets done with it.

“I think that would be a stab-in-the-back to every single care-experienced person that’s not only engaged with the review but has helped to make the review happen.

“Just spouting more words and promises and not actually doing anything about it would be the worst-case scenario.”

Laura said: “I’m really hopeful and excited about the next steps. Like you, I’ve put my heart and soul into this.

“People have engaged with it in many different ways but every voice has given a piece of their heart to the review.

“We owe it to the people that have given their voice to make sure this is right.”

She added: “My hope is that this momentum change continues well beyond the review and when we look back ten, twenty years from now we’ll look at how proud we are as a country – that it started here in Scotland.”

Laura is now married with a seven-year-old daughter, Maia, but continues to campaign for care-experienced people and is training to be a lawyer.

“I couldn’t be a prouder mum of this wee girl who just amazes me every day,” she told STV.

“My husband Steven and I, we sat her down and showed her a little clip of the documentary.

“It was the little bit at the end and you see myself and Steven and Maia, and I talk about just how loved she is.

“It touched her heart so much that she couldn’t help but cry and it was just a really sweet moment.”

“I think she really understands what this is all about.

Laura continued: “She knows how loved she is when she sees the work that I’m doing and I just really want that for every child.

“I think every child so deserves that – and what kind of country are we if we don’t?

“We’ve got a responsibility. We have to do this.”