Business was booming… and then coronavirus exploded

Business owners and workers tell Scotland Tonight about the consequences of the pandemic. 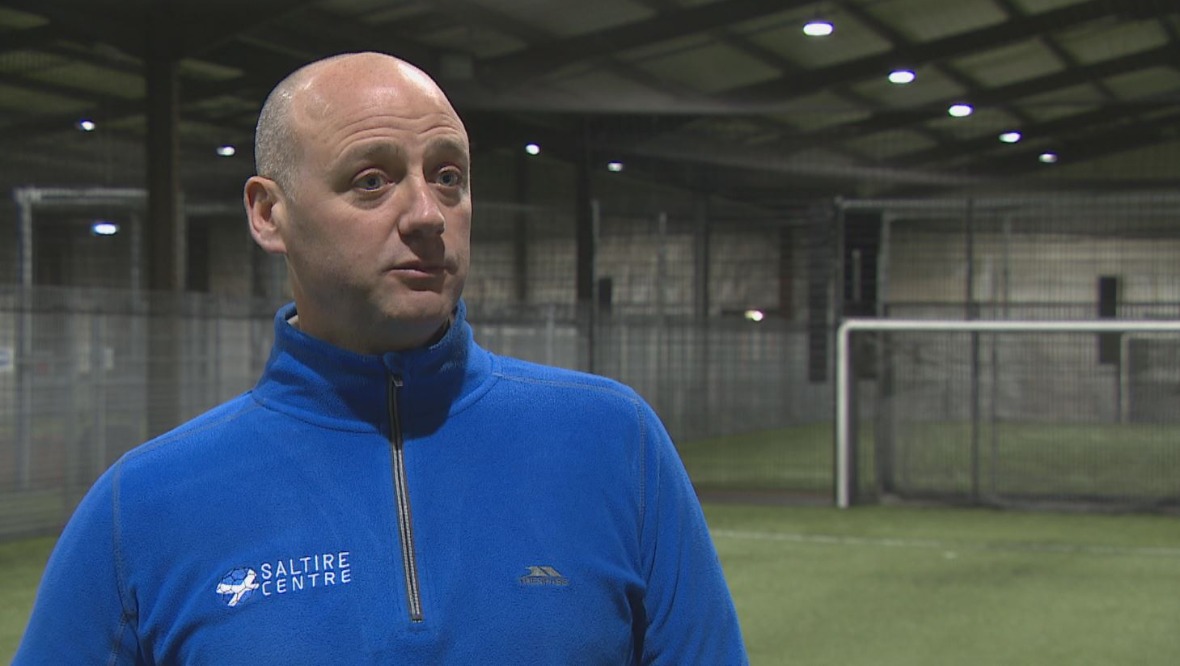 It’s been the toughest of years for businesses across the length and breadth of the country.

Coronavirus and the restrictions which have been enforced on the way we live will have long-lasting consequences for all aspects of society.

Many firms have been forced to close, lots of jobs have been lost and there are fears the fallout is only just beginning.

STV current affairs show Scotland Tonight – to be broadcast at 7.30pm on Thursday – spoke to a range of business owners and workers about the year they’ve had and what the future might hold.

The owners of many soft play and indoor sports facilities say they face financial ruin. Many centres fear they may never reopen.

Craig set up the Saltire Centre in Dalkeith, Midlothian, in 2014 and hasn’t been allowed to open the soft play part of his business since March. He has run out of patience.

He says: “Business owners like ourselves are frustrated at the lack of clarity from the government why certain activities are allowed to take place indoors and others aren’t when common sense would dictate there’s not a higher risk in soft play than trampolining or a climbing centre, for instance.

“My wife and I have spent six years building this business up to be sustainable. Both our businesses, our soft play and football, had no debt last year. None. And now both companies are saddled with loans that’ll need to be paid back, and it’s only going to get worse over the next few months.”

Craig says the business is just weeks away from collapse. Saltire has had no financial help outside the job retention scheme and the business did not qualify for any grants.

His football business took a £50,000 bounce-back loan which sustained them for a while, but it’s not been enough.

“The debts are mounting up,” he says. “Our football business has rent arrears of £34,000. Then there’s another £11,500 due this month, and it’s just going to keep accumulating.”

He is frustrated at not getting the financial help he needs to survive and only being able to earn the bare minimum with children’s football training three nights a week for an hour per evening.

“Every day you’re at a point where you’re thinking, is there much point in continuing with this? Does it make more sense to say enough’s enough and call it a day and walk away and close the doors.”

Craig is not alone. In Glasgow, only essential businesses are allowed to open. Footfall for Donald Slessor, who owns Joanna Goodbite sandwich shop in the city centre, is not what it once was.

“It’s been dire,” he says. “I’ve got a business here that requires a lot of people and unfortunately we just have nobody to sell to at the moment.”

He relies on custom from Strathclyde University students and also caters events, both of which haven’t been present since March.

They are open, but only to try and stay afloat. There are only two of them working, the rest are on furlough.

“Out of the seven or eight staff that we’ve got, we’ll probably have to let one go. And that’s not an easy decision. It’s heartwrenching.”

Donald has had his shop for 27 years and is an institution in the area.

“You can go into debt, you can get soft loans, you can do all those things. But I’ve got a business that’s never had any debt. I’m not getting any younger.

“It’s like starting a business from the beginning. Maybe without the enthusiasm I did all those years ago.

“I don’t think I can look any further ahead than week to week at the moment.”

It’s not just local business owners who are struggling, their employees are too. Earlier this year, Mia committed to studying for a postgraduate degree at Glasgow University and relies on working in a pub to pay her way through.

“The main reason I decided to come back was because I thought I could afford it,” she says. “Because I’ve worked in hospitality the whole time through my degree, I thought I would be fine.

“The first job I applied for I got offered, which was really exciting, but then the reality hit of a 10pm curfew, 16-day reset which turned into two months of restrictions and then it just got worse from there. The reality of what that’s meant for people my age has been quite devastating really.”

Usually at this time of year, Mia would be picking up extra shifts, relying on tips from Christmas nights out and now she’s not able to work at all and is relying on furlough payments.

Mia wasn’t sure if she would be able to return home to her family home in Liverpool for Christmas, as she couldn’t afford the travel fare.

“One of my friends is offering me a lift home for free but I had to literally message people saying ‘is anyone going down south, can I come with you?’. It’s desperate.”

She thinks young people like her could have been given a lot more support.

“We’re not hearing from the under 25s and how much they’ve been affected by this. They don’t know their rights, they don’t know who to go and speak to and that’s a big issue.

“I think the government just presume that under 25s can just call up their parents and say I need some money this month. And a lot of us just don’t live like that because we are adults, we’re not children.”

Many self-employed workers have also seen their income plummet this year. Nick is a taxi driver in Edinburgh and says the trade for his firm, City Cabs, is down 90% on a year ago.

“Some of the time you can spend four hours out there and get one £6 job,” he says. “And there’s guys that go to the airport and sit for six hours and then don’t have one person getting off a plane.”

This is Nick’s livelihood and a job that he really loves. But he said it’s hard to keep motivated and turn up every day.

“But what do you do? At my age I don’t want to go and do manual work or anything like that. It’s not what I want to do.

“My job description is quite remarkable really. I sit in a nice, warm taxi and drive around one of the greatest cities in the world chatting to people and I get paid for it.

“It’s a really, really horrible situation. I can’t see any light at the end of this tunnel right now.”